The arguable headliner for this week's pleasantly diverse round-up is somewhat bittersweet: Sega Ages Herzog Zwei is not just the first-ever re-release of an extremely influential and long-in-demand Mega Drive game, it's also the final release in the current Sega Ages line for Nintendo Switch, a reissue series that delivered a lot but had the potential to do so much more... of course, much of that implied potential came from third-hard mistranslated sources who insisted Dreamcast ports were around the corner any day, but c'est la vie. 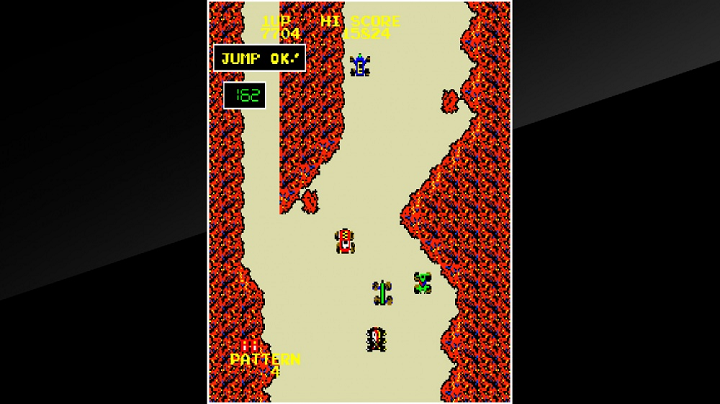 What's this? An overhead driving game centered primarily around bumpin' and/or jumpin', released in arcades by Data East in 1982 and subsequently ported to Intellivision, Colecovision and NES; players are tasked with bumping the constant stream of rival vehicles off the road while dodging obstacles and occasionally jumping over treacherous over-water sections of each track.

Why should I care? Umm... nostalgia? That's all I got.

Useless fact: Bump 'n Jump was sold both as a dedicated PCB and as a game foe the DECO Cassette System hardware; I believe this reissue is based on the ROM version. 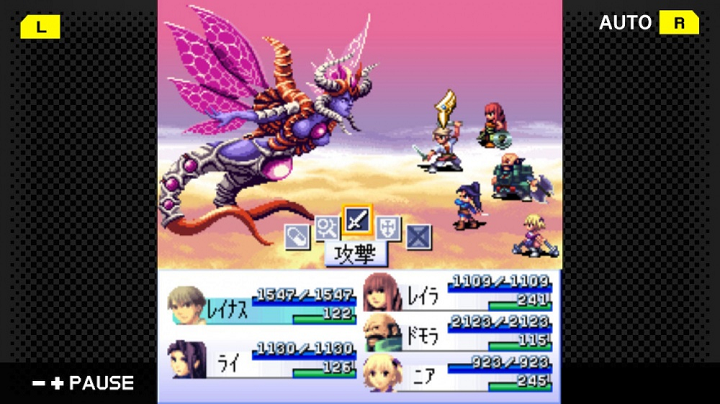 What's this? The third in G-MODE's successful mobile-optimized RPG series, originally released for Japanese feature phones in 2009; the incrementally-increasing hardware & data specs allowed for ever-so-slightly better and denser graphics and content, with the big innovation in this entry being a massive broadening of the party system, allowing for larger parties, more potential party members and more team customization overall.

Why should I care? You've played and could read the first two, I guess.

Helpful tip: This game was and is marketed as the capstone on a trilogy, but they made a fourth one in very short order and I don't believe it's a gaiden or reboot, so search me.

What're these? The leader of the DKC crew, an extra-strange localization of a competent but already-weird Jaleco brawler, a scrolling shooting game whose quality is utterly betrayed by its awful name and, for the first time in North America, the Super Famicom follow-up to Nintendo's original picross game for Game Boy. (In addition to DKC2, the Japanese side of the app is getting Fire Emblem: Monshou no Nazo and a pair of international catch-up titles, Super Tennis and Wild Guns.)

Why should I care? Once again, NSO's delivered some noteworthy games that you probably wouldn't have picked for yourself based on name alone (S.C.A.T.), were possibly intrigued by but not enough to actively seek out (The Peace Keepers) or simply never had the opportunity to play at all (Mario's Super Picross).

Helpful tip: I don't know that a translation guide is particularly necessary for a picross game but in the event that you need one, here ya go.

What's this? The first-ever reissue of Technosoft's seminal mecha-themed real-time strategy game, originally released for the Sega Mega Drive in 1989 in Japan and 1990 elsewhere; in addition to the usual Sega Ages enhancements (save states, screen settings, replays, etc) it also adds game-specific features like additional info displays on the screen borders, helper/handicap settings, options to reduce slowdown and automatic password saves, as well as a brand-new "Herzog Academy" tutorial campaign and support for online multiplayer.

Why should I care? Putting aside the fact that this game directly influenced all the biggest pillars of the RTS genre, as well as the novelty of playing a thirty-year-old game that doesn't feel too dissimilar to the MOBAs of today, this reissue goes to great lengths to alleviate the game's steep learning curve and help players enjoy what remains a very addictive and deceptively instinctive multiplayer game. (As is customary for a Technosoft joint, the music's also fantastic.)

Useless fact: Yes, there's a Herzog Ein (or just plain Herzog, to be specific): it was released for the PC-88 and MSX computers in Japan and developed by a programmer named Yuichi Toyama who would leave Technosoft for Compile soon after its release, and who has to gently remind people that he had nothing to do with Zwei to this very day.

What's this? A tactical third-person shooter set in an alternate history where Russia won WWII and eventually invaded the USA, originally developed by IO Interactive for PC, Xbox, PlayStation 2 and Gamecube in 2003; this surprise reissue is just that, a simple reissue with the minimum requisite fixes for compatibility with modern operating systems and display configurations. (If you're wondering where the multiplayer went, it didn't go anywhere: the PC version was a strictly single-player game.)

Why should I care? To this day, Freedom Fighters' mix of third-person shooting, small-scale squad tactics and multi-objective, cause-and-effect stage progression has surprisingly few peers, with even IO's own Kane & Lynch not meeting the same standard, and while the shooting mechanics in particular are firmly dated, you might simply appreciate being reminded of a time when IO made games that weren't Hitman. (The current launch discount bundle also includes a lossless version of Jesper Kyd's soundtrack, which is worth owning irrespective of your feelings towards the game itself.)

Useless fact: This game's plot is silly in and of itself but the cherry on the sundae is that the main characters and other elements pay homage to that other beloved squad-based shooter, Super Mario Bros.

What's this? A remake of the original 1995 Saturn rail shooter, as if the name didn't give it away; this version features completely new 3D graphics, a new arranged soundtrack (with the option of using the original music) and other relatively minor changes. (It also benefits from the several patches and fixes that have been administered to the Switch version released some months ago; the visuals in the above trailer are not representative of the new version's visuals in technical respects, but they're not too far off.)

Why should I care? Between the vastly more capable hardware and the many post-launch fixes the game has received since its premature launch on Switch, the vast majority of the technical and mechanical aberrations have been addressed, so regardless of how you feel about the new aesthetic, both in and of itself and as a remake of a particularly stylish game, this version now at least meets the bare minimum requirements of playability. Yay.

Helpful tip: There's an Xbox version coming as well, but it's not dated and I'll probably not notice it when it eventually comes out, so apologies in advance.

Eleven years to the day since its original X360 release, this critically-acclaimed Halo 3 companion game has finally made its way to the Master Chief Collection, adding not just the single-player campaign but the unique "Fire Fight" horde mode, as well as some MCC-specific additions like ODST weapons in Halo 3 multiplayer and vice-versa, as well as additional fixes to the underlying Halo 3 engine.

Chip's Challenge, now free to own on Steam

Chuck Sommerville's Atari Lynx launch title turned cult PC hit, once buried in seemingly insurmountable rights issues, was finally re-released alongside an unreleased sequel some five years ago, and now, after several new and additional successors, the original game has been made free to download. This version contains 144 stages and allows you to switch between the Lynx or PC graphics, and should you desire more tile-based puzzle action, the follow-up games are currently features in a discounted bundle. 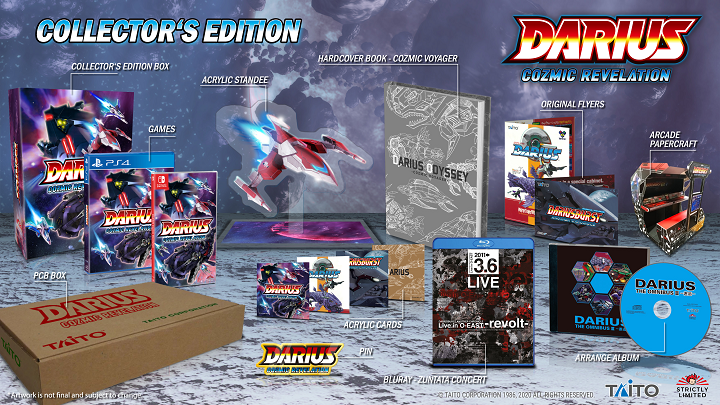 Following up the recent, platform-segregated Darius Cozmic Collections comes Darius Cozmic Revelation, a second compilation containing the two 3D arcade entries in the Darius series; namely, a HD version of 1997's G-Darius and a brand-new "plus" revision of the most recent arcade entry, Dariusburst Another Chronicle EX (ported and enhanced by the original developers, Pyramid). As is typical for both Taito and Strictly Limited Games, the collectors' package includes a ton of bonus items including an arrange CD, a brand-new book of interviews and dev documents, a DVD containing a performance by, and documentary on, Taito's in-house band Zuntata, replica arcade flyers and cards, a papercraft DBAC cabinet and even a replica G-Darius PCB box. The collection currently has no release date and therefore no ETA, but I suspect that news will info will come out over the weekend from Tokyo Game Show.) 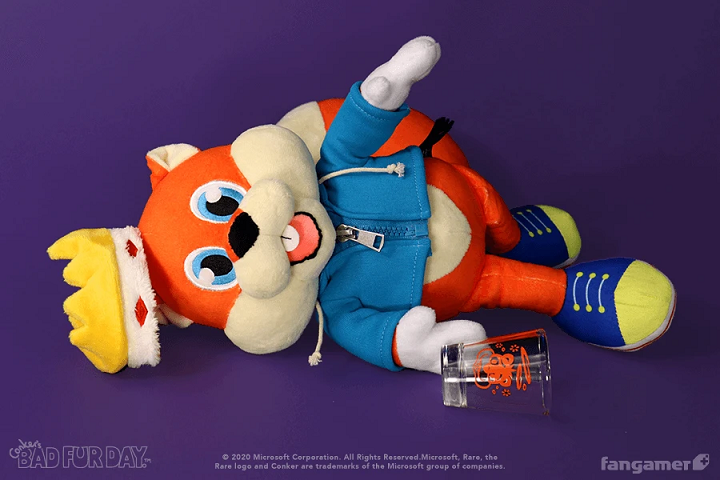 By most insider accounts, Conker's chances of a genuine modern revival are close to zero, but if you feel like the Conker-shaped void in your heart could be filled by a pint/shot-glass set or a plush that spits newly-recorded Chris Seavor invective then, as always, Fangamer has your back. 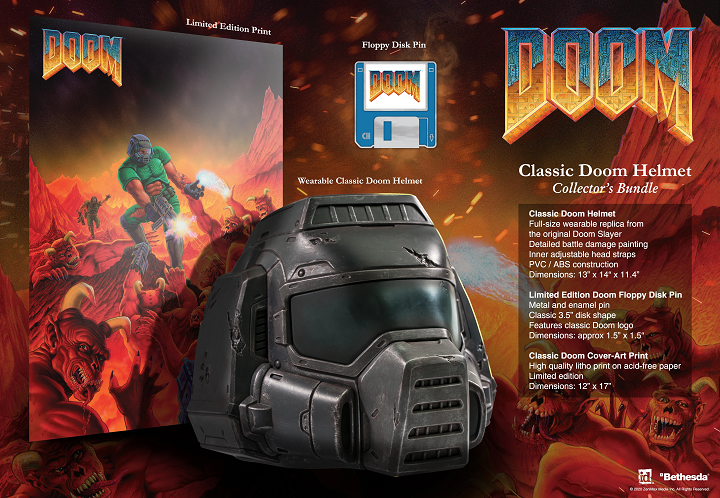 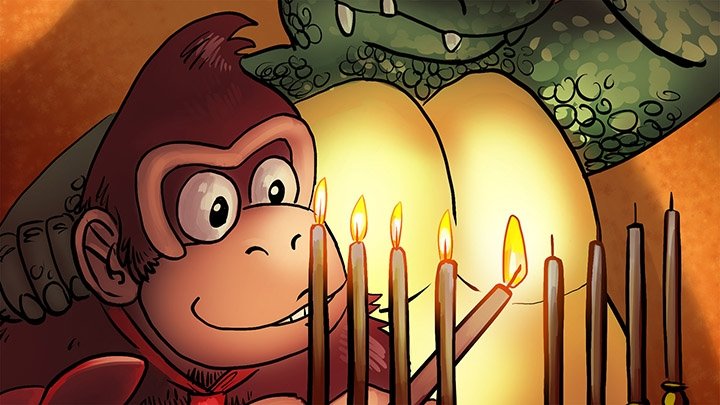 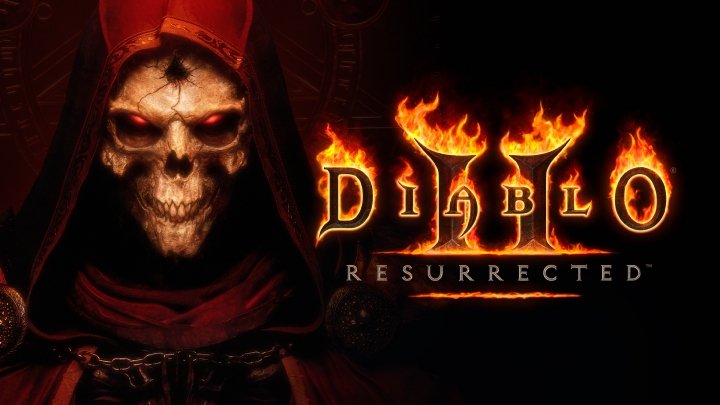