This week's roundup is packed with items produced in collaboration with our very own Jeremy Parish, so why not introduce one more right up front? Shiren the Wanderer: The Tower of Fortune and the Dice of Fate+, available on PC and Switch with a physical version in the works from Limited Run Games. No, it's not retro as ordained by the Retronauts ten-year rule, but it originated on Vita so it certainly feels ancient. 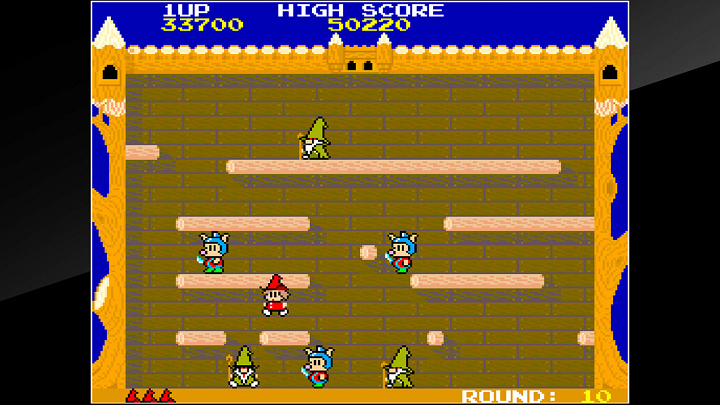 What's this? A fixed-screen action game starring a witch named Ptolemy with a proclivity for turning things into cake, developed and distributed in arcades by Taito in 1985 and subsequently ported to MSX and X68000 computers; by shooting enemies with magic from Ptolemy, players can transform them into cakes which can then be destroyed, either by zapping them some more or, ideally, by pushing them off a ledge to crush other enemies for big points.

Why should I care? This is the game that walked so that Bubble Bobble could run and, taken on its own merits, it's a reasonably enjoyable game with more of a puzzle bent, and some surprisingly fluid animation for its age.

Useless fact: A Famicom port of The Fairyland Story was announced but never released, and according to a very reliable source, the NES version of said port received the absolute lowest rating of any third-party title from Nintendo's internal evaluation process.

What's this? A snappy historical tactics game themed around Romance of the Three Kingdoms, originally released for Japanese feature phones in 2004, with this deluxe version released the following year; the game's most distinct feature is its roulette-based battle system, which sees the fate of every battle determined by the unit who rolls the bigger number.

Why should I care? Most Three Kingdoms-themed strategy games games are finicky and obtuse, so a relatively fast and rather boneheaded take might be just what you've been waiting for.

Useless fact: For as popular as this game seems to have been, its only true sequel wore the license of a then-hot Three Kingdoms-themed manga, so you probably shouldn't expect it to make an appearance via G-MODE Archives.

I CAN'T BELIEVE IT'S NOT NINTENDO SWITCH ONLINE

What's this? The very first entry in Intelligent Systems' seminal RPG-infused strategy game, originally released exclusively for the Famicom in 1990 and later remade for both the Super Famicom and the DS; in celebration of the series' 30th anniversary, Nintendo has localized the original Famicom game for the very first time and is making it available as a standalone purchase, complete with features like save states and rewind. (North America is also receiving a physical collectors' package with faux-NES packaging, a replica cartridge, a localized manual, a 200+-page art book and a "mini Nintendo Power retro collectible".)

Why should I care? Nintendo's finally begun doing the thing they should've been doing literally twenty years ago, and the game they're using as a guinea pig ain't too shabby, neither.

Helpful tip: Much like the Mario 3D All-Stars collection, Fire Emblem's going back in the vault on April 1, so don't presume you can get around to playing this release on your own time, or that buying the collectors' package will be a scalper-free experience.

Sam & Max Save the World Remastered

What's this? A revamp of the first season of Telltale's acclaimed point-and-click adventure game released episodically from 2006, based on the Steve Purcell comic and succeeding LucasArts' Sam & Max Hit the Road; developed by a team of former Telltale devs who acquired Telltale's Sam & Max-related catalog, this remaster adds widescreen support, uncompressed audio, a new lighting engine, model touch-ups for the titular characters, vastly better lip-sync, support for higher resolutions, gamepad and/or touchscreen control options, additional music and a few other bookends to smooth over the package's episodic roots.

Why should I care? As a product of early Telltale, these games offer a look back at the mindset of a team that hadn't quite transitioned into cinematic, narrative-centric fare that would soon come to define Telltale's house style. As a Sam & Max game... well, I haven't played this one, so search me (or better yet, ask Bob).

Helpful tip: Skunkape's offering the owners of the original games a 50% discount on the remaster until December 31, and that includes people who originally bought them from the Telltale Store. 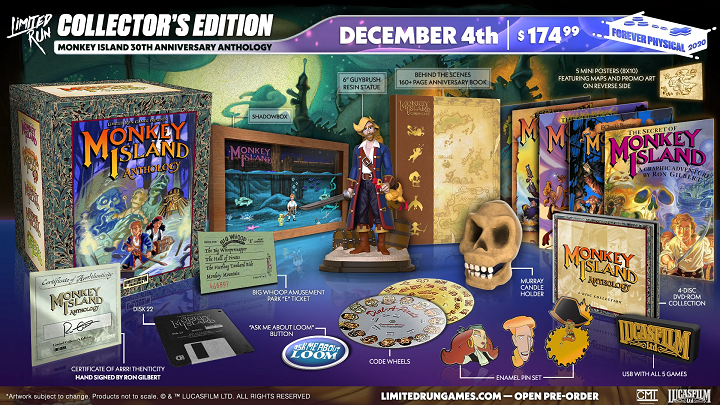 Short of a new game, this seems like the best offering a Monkey Island fan could want: all the games, a reasonably tasteful assortment of extras, a signed certificate of authenticity from Ron Gilbert and a series retrospective book written by frequent StoryBundle contributor Jeremy Parish. Pre-orders open in a little under 24 hours and will be open until January 31, so you'll have a little time to clear out some empty space for that big-ass box. 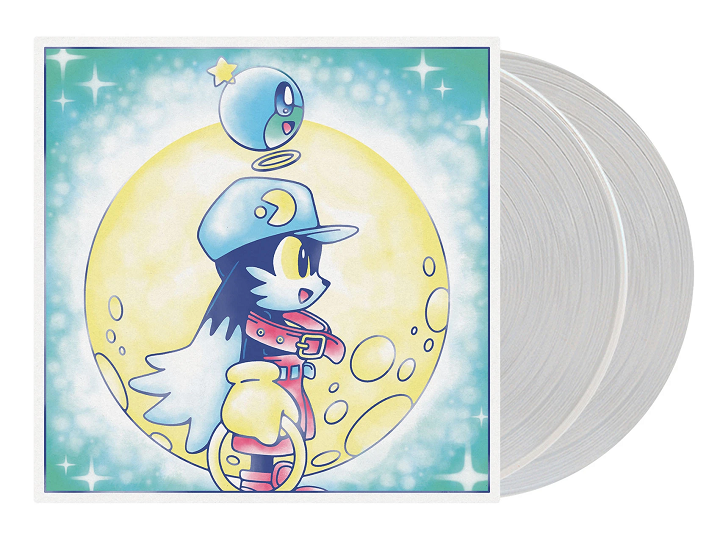 One of the small irritations of writing a weekly column on new releases is that occasionally, items like STS's vinyl soundtrack for the classic Namco side-scroller Klonoa: Door to Phantomile show up with no warning and immediately sell out before I'm able to inform y'all of their existence (in no small part due to featuring liner notes written by Monkey Island 30th Anniversary Anthology behind-the-scenes book author Jeremy Parish, I'm sure.) Fortunately, for those who may have missed out, the European distributor still has copies of both the clear vinyl variant in stock. 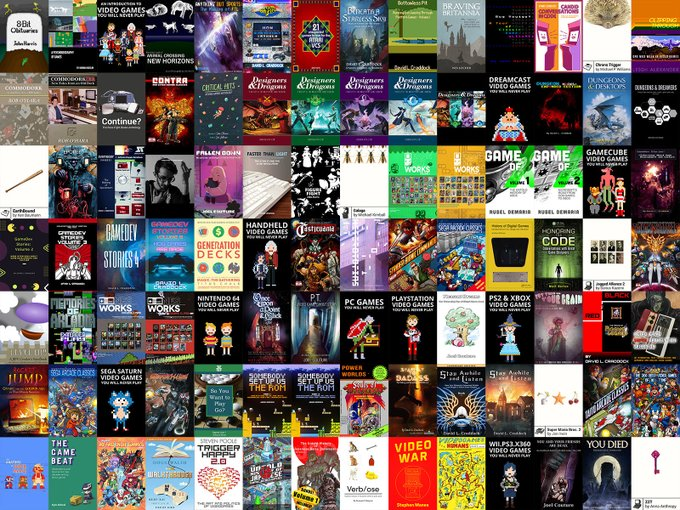 Just as the title implies, StoryBundle's latest game book bundle rounds up some of the most interesting and acclaimed books in one mega-bundle of tremendous value: for $30, you'll be given 95 books, including five from Klonoa soundtrack liner notes author Jeremy Parish (one of which is also included in the five-book, pay-what-you-want price tier). 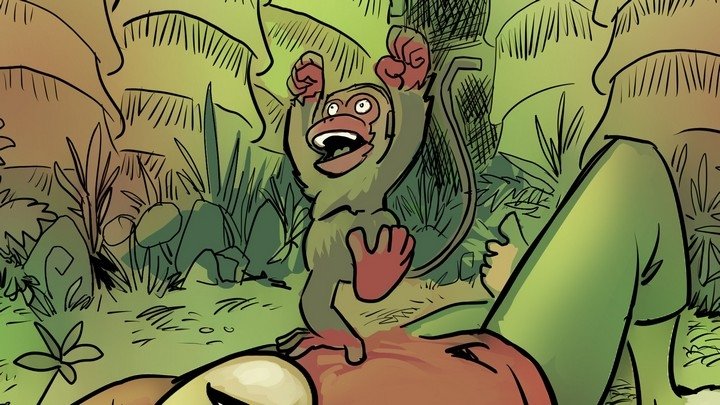 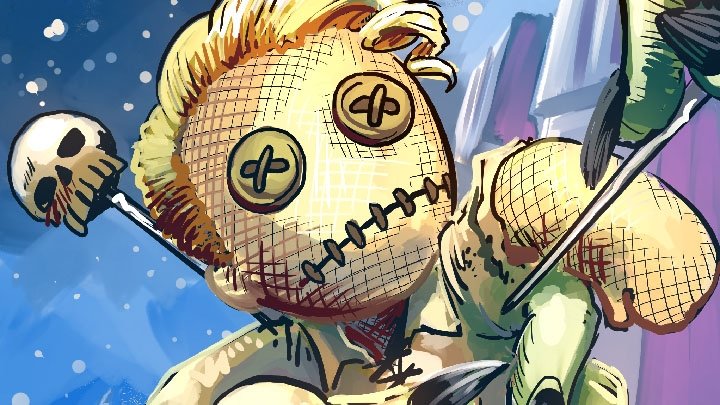