It's disgusting even to think about, but Demon's Souls is retro and has been for a fair few months now. And, yet, it still feels remarkably fresh, even taking into account its own follow-ups.

While it's an experience that has never really left The Discourse - thanks to its pervasive and, I would argue, positive inspirational effect on subsequent action/exploration games - it's back in vogue in a big way due to Bluepoint's recent and critically acclaimed full remake for Sony's brand spanking new and utterly unavailable PlayStation 5 console. Now, I haven't actually played this remake, because I can't get a sodding PS5. Believe me, I tried. I've got a Series X, which I'm delighted with, but it doesn't have pissing Demon's Souls, does it? Duly, I decided to play Demon's Souls on the formative RPCS3 emulator, so I could Soul it up from the comfort of my PC. And yes, I do own a legitimate copy of the game and a PlayStation 3 to play it on, Mr Policeman.

I've never beaten Demon's Souls, as I'd always seen it as the hardest one of the lot due to a lack of Estus and generally unforgiving checkpointing. The latter remains the case - even as early as the second Archstone there's an absurd amount of ground to cover between warp points - but the former is a non-issue with how prevalent and cheap the game's various healing grasses are. This means difficulty is borderline scaleable, depending on just how much you dare take along with you. Shortcuts help, and are always satisfying to stumble across.

I'm very fond of the game's use of distinct "levels", rather than having any real interconnected world to speak of. This creates a beautifully compact and focused feel while still being rich in wide-linear exploration. By presenting these smaller, standalone but massively rich environments, I find that the atmosphere is a lot thicker. Knowing there's no chance of opening the next door to an escape route increases tension - when you're in a world, you're in. The Tower of Latria wouldn't be so memorably oppressive if it was connected to anywhere else.

It feels pretty great to have a game in this series that preserves so much mystery while still remaining exceptionally good fun to play. Sekiro is too much for me, and Dark Souls 2 and 3 ain't it. And they're not retro anyway, so balls to 'em. Maybe I'll actually be able to beat Demon's Souls this time around. There's so much I've been warned about that I've never managed to see. I lost my save when my old PS3 died on its arse, but games in the Souls series always seem fun to start over. And even this original, unenhanced, janky-as-hell version is a treat to play. If anything, I'd argue that the muddy visuals actively enhance the experience, but I think I'd be on a hiding to nothing there and I'm yet to play the remake anyway. Ah well, some day. Unless any of you have a PS5 going begging? 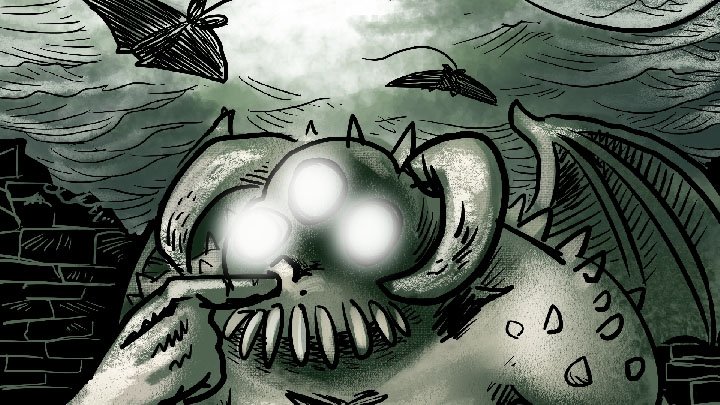