You may have noticed something rather big missing from this week's roundup, dear readers: Final Fantasy VII Remake: Intergrade, the PS5 port-plus-new-stuff of last year's PS4 game, and it's missing for a couple of reasons — firstly, I'm not entirely sure it will be regarded as a conventional remake when all's said and done, and secondly, ain't none of y'all got a PS5. 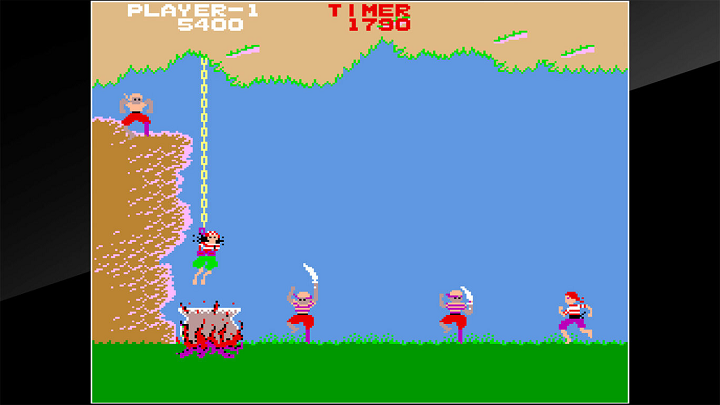 What's this? The final, pirate-themed version of Taito's multi-scene action game, originally released in arcades as Jungle King and later revised and ported to Apple II, Commodore 64 and Atari platforms as Jungle Hunt; players are tasked with swinging across the deck of a ship, swimming through shark-infested waters, dodging boulders along the side of a volcano and rescuing a woman from cannibalistic pirates, respectively.

Why should I care? Pirate Pete's four scenes aren't nearly as nuanced or deep as those from, say, Donkey Kong, but the controls are sound and the variety and presentation were exceptional for the time, so it's not hard to see why companies like Atari and Milton Bradley saw it as a potential cash cow.

Useless fact: As you may have already surmised from the title Jungle King, this game was repeatedly revised in order to remove the incredibly obvious influences taken from Edgar Rice Burrough's Tarzan, which included a sample of the famous "Tarzan yell" from the 1932 movie that played before the first stage.

What's this? A ported collection of the final revisions of Team Ninja's 3D Ninja Gaiden trilogy: Ninja Gaiden Sigma, Ninja Gaiden Sigma 2 and Ninja Gaiden 3: Razor's Edge. These versions of the game omit the previous versions' multiplayer features but do include the integration of almost all previously downloadable content, as well as some tweaks/additions made for the most recent versions of Sigma 1 & 2 produced for the Vita, and run at 60FPS and the highest possible resolution for their hardware: 720p on Switch, 1080p on base PS4/XB1, upscaled 4K on Pro/1X & PS5/XBSX and true 4K on PC. (The games will appear as individual installs and in some cases are listed as separate titles on their respective storefronts, but you can't buy them individually, at least right now. A physical, import-friendly PS4/Switch version is available in Asian regions.)

Why should I care? If you know nothing about these games — and, given their near-decade absence, you very well may not — then understand that this series was a pioneer of technical and responsive 3D action combat with a more intense and challenging bent than then-rivals Devil May Cry and God of War, and was arguably one of the more potent influences on the combat of From Software's Souls games. If you know enough to know that the Sigma versions featured in this collection are not the generally-preferred versions, then relax: people are right to be disappointed, but played with no frame of reference, these versions are entirely fine experiences in and of themselves and you should not be dissuaded from playing them in lieu of other options. If you're specifically wondering about the ports... well, I haven't played 'em yet so I can't give you first-hand experience, but from the sounds of things they're as perfunctory as can be (to the point where the PC version is locked to pre-set resolutions and doesn't support mouse/keyboard controls) but they function as promised, at least on non-Switch hardware.

Helpful tip: I'm sure everyone's well aware but just in case some of you are not, this bears repeating: the non-Sigma versions of Ninja Gaiden Black and Ninja Gaiden 2 are available on the Xbox series of consoles via backwards compatibility and gain substantial visual and performance upgrades when played on Xbox One and above that are equivalent to those seen with these ports. Razor's Edge is also backwards-compatible and its multiplayer servers are still online, but the backwards-compatibility layer is more basic without noteworthy performance boosts.

What're these? Ports of Grasshopper Manufacture's irreverent, blood-soaked Wii-era action games starring otaku and never-Smash-er Travis Touchdown, based on the Switch versions released last year; these two ports offer both games at 60FPS with widescreen and nominal support for higher resolutions, as well as reconfigured controls for standard gamepads, as opposed to the Wii version's signature motion controls.

Why should I care? Eh, you kinda had to be there. The music holds up, I'll give 'em that.

Helpful tip: In what seems to be a running theme this week, these ports require a controller and do not support keyboard/mouse. 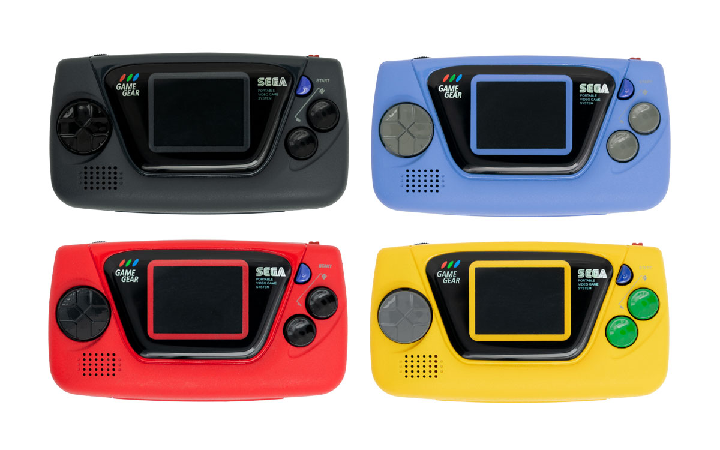 If you weren't able to grab a Game Gear Mini at launch or just weren't willing to bite at their usual price, you're in luck: Rakuten has the blue version (which contains Sonic Chaos, Gunstar Heroes, Baku Baku Animal and Sylvan Tale), the yellow version (which contains the three Shining Force Gaiden games and Nazo Puyo: Arle no Roux) and the red version (which contains Megami Tensei Gaiden: Last Bible, Megami Tensei Gaiden: Last Bible Special, GG Shinobi and Columns) at roughly half price until stocks last, as well as the 4-color set (which includes the standard black unit that has Sonic the Hedgehog, Puyo Puyo 2, Outrun and Royal Stone) for 20% off. What's more, they also have the limited-edition Aleste Collection package for PS4, which exclusively contains a white Game Gear Micro with the two Aleste/Power Strike Master System games, the two Aleste Game Gear games and the brand-new GG Aleste 3, plus a white "Big Window Micro" screen magnifier accessory.