Forgive the potentially abridged roundup this week, dear readers — I'm a little vaccine-fatigued at the moment, so my desire to roll over and die may have caused me to overlook any number of conspicuous releases. In any event, it helps put extra focus on the release of Jeremy's latest books, and really, isn't shilling for the boss what's most important? 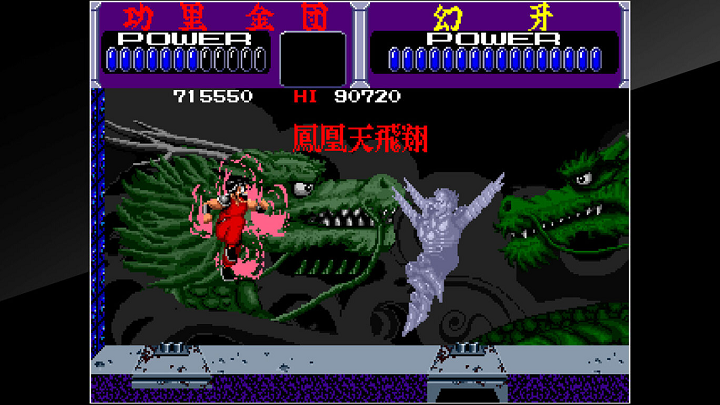 What's this? A side-view brawler themed after the martial arts media of the '80s, originally developed and distributed in arcades by Taito in 1988 and subsequently reissued on various Taito Memories compilations in the mid-'00s; players control an ever-so-familiar Chinese warrior on a mission to liberate his kidnapped family (or his police-chief boss, depending on the version), which necessarily means clobbering a parade of characters that bear a conspicuous resemblance to other popular characters of the day.

Why should I care? You're sure that the spot-the-character-stolen-from-pop-culture metagame will provide enough motivation to endure an otherwise unsatisfying game.

Useless fact: I'm completely unable to elaborate or provide any sort of enlightenment as to what this statement might mean, but it was recently suggested by a former Taito veteran that Kuri Kinton was once intended to be sold as Elevator Action 2.

What's this? An alleged "slow life" game, released by G-MODE for Japanese feature phones in 2009; think Animal Crossing/Stardew Village, but on an island modeled after the Japanese island of Okinawa, where the player can partake in traditional activities like fishing or playing the shamisen, or converse with the locals in their native dialect. (As always, this Steam reissue has not been translated into English.)

Why should I care? You want to play what might be the fastest "slow life" game ever made — provided you can read the text, you'll be more or less done with it in a couple of hours.

Helpful tip: Eternal Retronaut Ray Barnholt streamed this game just the other day, in case you missed it. 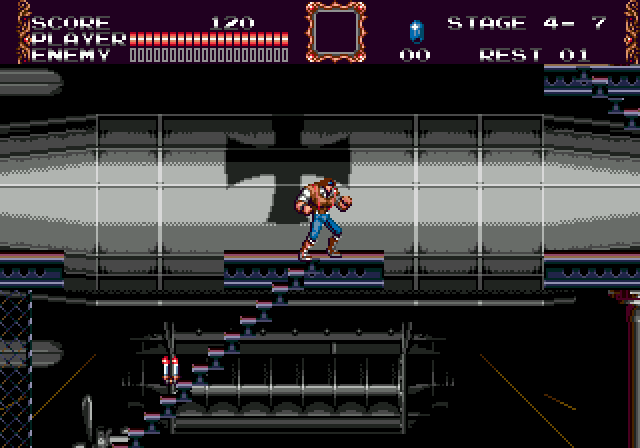 After spending years in obscurity and several more spent dormant in the hands of a collector, the mysterious beta that has hounded Castlevania fanatics and Mega Drive maniacs alike has finally been liberated from a developer cartridge and delivered to the public, both as a raw dump and with an alternate version that has been modified for optimal playability; you're looking at a clearly unfinished game here, so this is ultimately best left to the curious, but at least some of us will finally be able to see some closure on that one blimp stage that has intrigued the internet for these many years. (Spoiler: it's basically just a backdrop for a stage that made the final game with different backgrounds.) 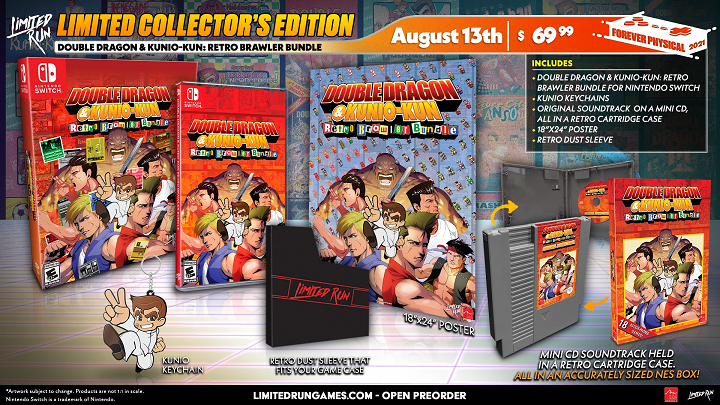 The last few years have offered such a bounty of long-awaited localizations of decades-old games that one would be forgiven for forgetting about the existence of this compilation, which not offers enhanced, netplay-enabled versions of almost every NES/Famicom game in Technos' storied brawler catalog but also features the first-ever localizations of a whopping eleven Kunio-Kun games. For those who are content to listen to the music and reflect on the beatings of yore, LRG's also offering the soundtrack to the NES classic River City Ransom on vinyl for the first time.

These successors to Jeremy's Good Nintentions book series offer detailed retrospectives on the entire software library of the much-maligned Virtual Boy and the ever-so-slightly-less-maligned early lineup of the Super Nintendo, complete with meticulously photographed package shots and direct-feed screenshots alongside Jeremy's own examinations of the games therein and, in the case of Virtual Boy Works, a selection of anaglyph 3D images that can be viewed with the included 3D glasses. As you may have noticed, these went on sale a little ahead of Limited Run Games' usual schedule and as such, the limited-print collectors edition of Virtual Boy Works has already been snapped up and I suspect the SNES Works Vol.1 collectors edition is low on remaining copies, too, so you may want to act fast. (You can check out samples of the Virtual Boy and SNES books here and here.)