Arc System Works has announced its next attempt to make back its investment in the Technos catalog. This time, they're creating a game that isn't based on the Kunio-kun series: It's Double Dragon IV, coming to Steam and PlayStation 4, uh... next month?

It looks OK, I suppose. Honestly, it's not doing much for me, and that probably has everything to do with the style they've adopted for the game:

It seems as though they've essentially taken the sprites from Double Dragon II: The Revenge and souped up the whole thing to look like a bastardized Flash-based fake NES game. Some elements look like they could work out, especially the elaborate combat combos (provided the collision detection turns out to be more robust in practice than it appears to be in this trailer). The rest, though — yikes. I'm not much of a fan of the flimsy background visuals, which try to look like NES tech without bothering to behave like NES tech. In fairness, few developers outside of Yacht Club and Inti Creates make any real effort in that respect, but the existence of Mega Man 9 and Shovel Knight have raised the bar and make it a lot harder to get away with things like this. I'm also disappointed that the only new sprite they've added to the mix appears to a kunoichi. Who, naturally, runs around with a bare midriff. It's 2016, baby. Pandering is back in.

The overall creative choice Arc System Works has taken here strikes me as a pretty strange one, if not precisely inexplicable. Double Dragon was more an arcade phenomenon than a console one, but while the NES games were definitely outliers, they probably sold better than any other version of the games. Technos overhauled the games pretty substantially for NES, especially the first one, and the 8-bit console sprites lack the peculiar visual style that helped make the arcade versions so striking. Again, though, this direction shouldn't come as a complete surprise; Arc System Works acquired the Technos catalog from Million sometime in 2015, and they've been mining the Kunio-kun brand with this sort of half-authentic NES style since then. It makes sense from a logistics standpoint that they'd do the same with Double Dragon, even if it doesn't necessarily feel like the ideal representation to take for the franchise. Kunio-kun going faux-NES makes sense in the same way that Mega Man 9 turning back the tides of history to Mega Man 2 did: Crash ’N the Boys and River City Ransom were peak Kunio. But I don't think many people (at least those with extensive knowledge of the series) would try to advance the idea that Double Dragon hit its pinnacle on NES. All respect to Technos for retooling the games to work within the limits of the NES (and Game Boy), but those adaptations were not the true meaning of Bimmy Lee.

For my money, I'd rather have seen them build on Million's GBA conversion of the original arcade game. Double Dragon Advance was top-grade material! I'd link to my old 1UP.com review if 1UP.com hadn't vanished off the face of the internet, taking with it 10 years of my writing. Suffice it to say that Double Dragon Advance managed to capture the style, mechanics, and quirks of the arcade original while adding in plenty of new material and refinements. A new game in that style would be pretty remarkable. I've already seen my share of NES ROM hacks called "Double Dragon IV"; just because this one is licensed doesn't mean it necessarily anything worthwhile to offer.

There are only two saving graces, so far as I can see. First, Arc System Works' recently released River City Rumble for 3DS is said to be excellent. And secondly, despite it being a popular name for Double Dragon ROM hacks, I respect that they've decided to spackle in the gaps here by calling this Double Dragon IV. It's always been incredibly weird that the franchise skipped from Double Dragon III: The Rosetta Stone to Double Dragon V: The Shadow Falls with no real explanation of what happened to the entry in between. Those who deeply care about series canon (all five of them) have been forced to treat, I dunno, Battletoads and Double Dragon: The Ultimate Team as the series' fourth entry. Now we can go back to pretending that game never happened. However misbegotten Double Dragon IV may or may not turn out to be, it can't possibly be as much of a mess as the Battletoads crossover.

Or the live-action movie, for that matter. Come to think of it, Double Dragon III was pretty terrible, too, and Double Dragon V was a below-average Neo•Geo fighting game masquerading as a sequel. I suppose I can see why Arc System Works would return to the well of the second NES game: It was just about the last time Double Dragon was actually any good. 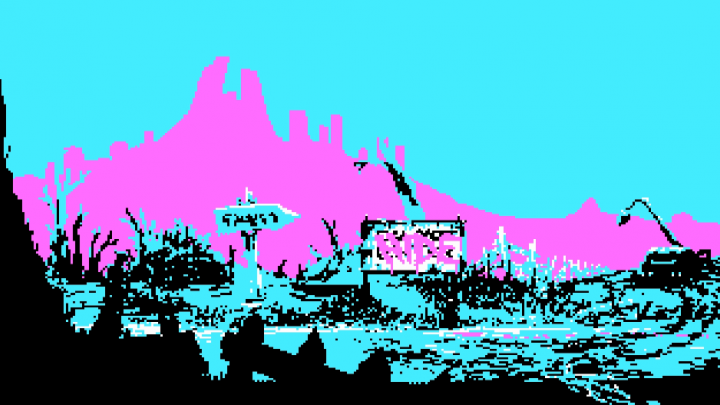