The most interesting thing in Yuzo Koshiro's office

Pretty much any game development studio (or publisher, or localization company) has somewhere in the public-facing portion of its offices a showcase of their projects. Depending on the company in question, this showcase may consist of a single shelf, or it can span an entire wall.

Today I was fortunate enough to interview legendary game composer Yuzo Koshiro for a second time, meeting up with him at the headquarters of his development studio Ancient. Ancient's obligatory showcase boasts an impressive assortment of CDs (containing Koshiro's work through the years) and a variety of games (some of which Ancient developed, and most of which Koshiro composed for). Nothing too surprising there, though my eyes did light up at the sight of The Scheme tucked away on the bottom shelf — I'd never heard of that particular work until putting together last week's Game Boy World episode, but it caught my attention for being a PC88-based proto-Metroidvania action game. And now, here it was, in the flesh: The first game Koshiro composed for after leaving Nihon Falcom in the late ’80s. 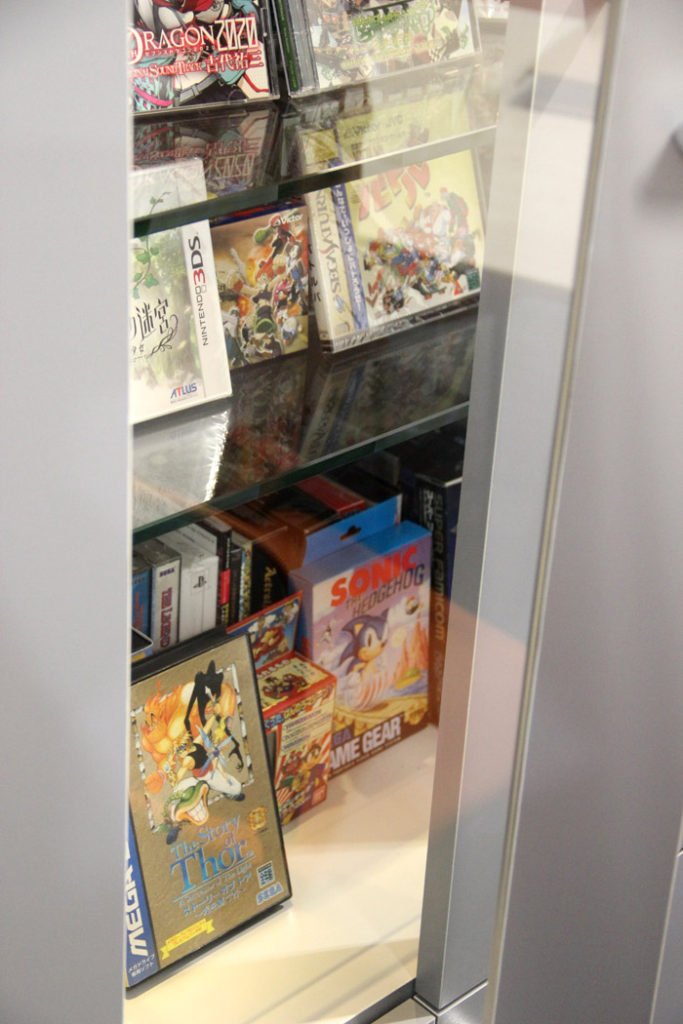 That wasn't the most unusual thing in Ancient's display case, though. This was: 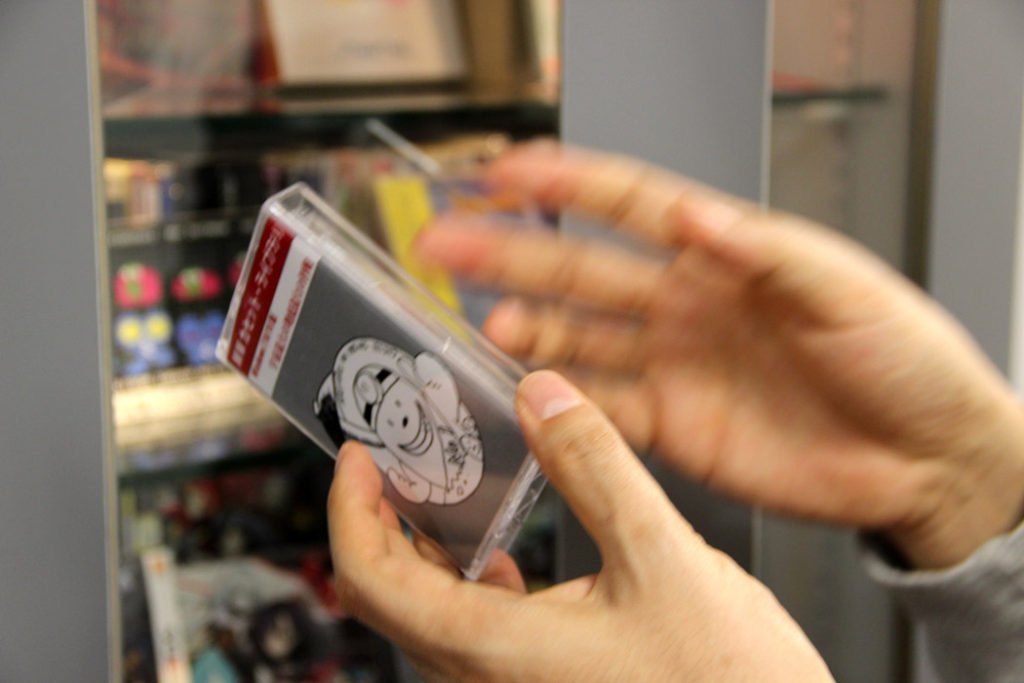 It's a tape cassette case whose label claimed to contain a game... for Windows 7, 8, and 10. This was something to puzzle over while waiting for Koshiro to arrive at the interview — what could this possibly be? What kind of modern Windows software could you possibly store on a tape cassette!?

As it turns out, none whatsoever. In Koshiro's words, this is a "small joke": A mock-up for a physical release of a game released to Steam last year under the name of Cosmic Cavern 3671. Koshiro's friend produced it, and he himself composed the music for it. Cavern is actually a remake of an old Japanese PC game called Chitei Saidai no Sakusen, which you can read about at Hardcore Gaming 101; despite debuting in 1980, it bears an uncanny resemblance to 1982's Dig Dug. To commemorate the recent Steam remake for Ancient's display case, Koshiro says a friend of his put together a fake cassette tape of the game, with a label designed to resemble what an MZ-80 tape release would look like in this day and age. It's a pretty interesting little bit of video game ephemera!

(Of course, you can expect more about my meeting Koshiro in the coming weeks.)