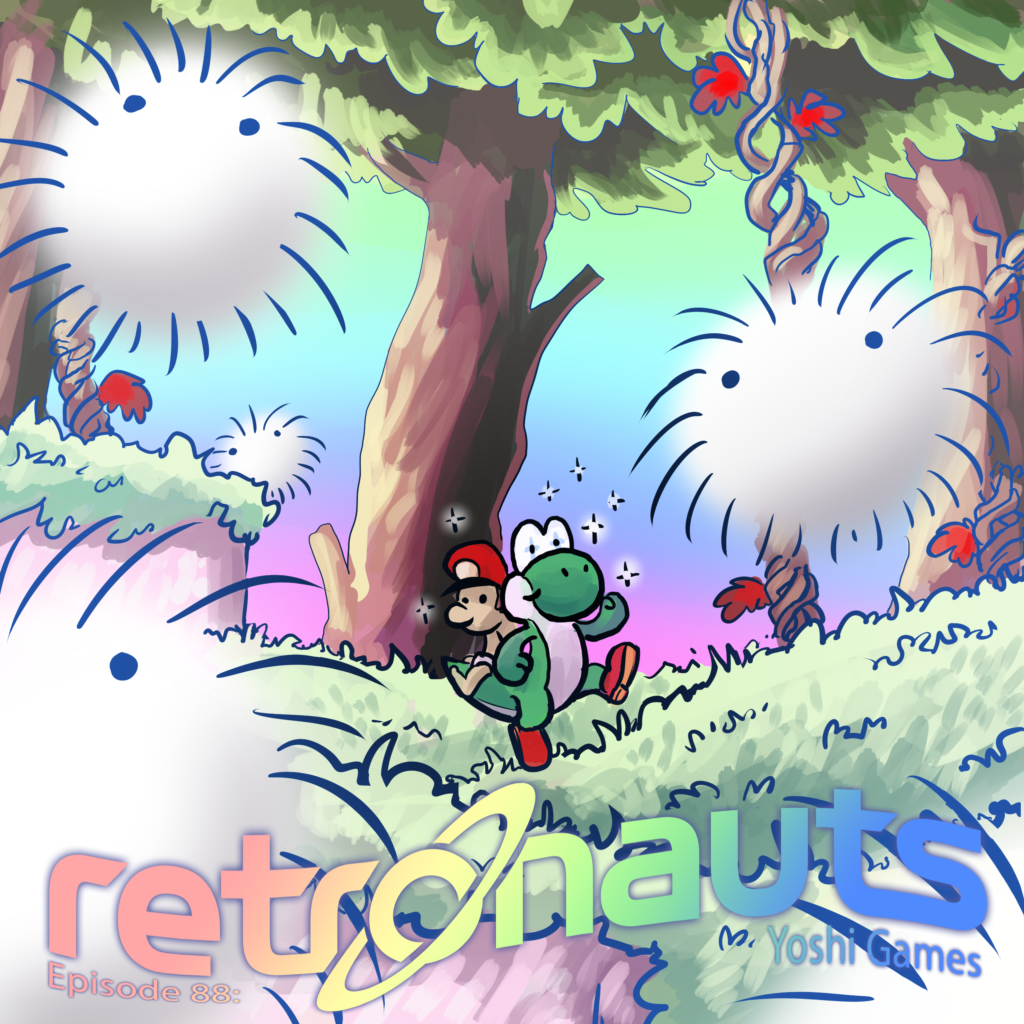 Following his debut in 1990's Super Mario World, Yoshi quickly evolved from a glorified power-up to a star that could carry games with his name alone. And in the character's nearly 30 years of existence, Yoshi-based experiences have taken many forms--including one that stands as possibly the greatest platformer of all time. On this episode of Retronauts, join Bob Mackey, Jeremy Parish, Ray Barnholt, and Henry Gilbert as the crew tries to pin down Yoshi's appeal and whether or not we should worry that he suddenly grew opposable thumbs.