The end of 5.51, and a remembrance of verifications past

5.51 seconds, the mark that stood as the longest lasting world record in the history of video games for 35 years, is officially dead. It died in infamy a few days ago, when the Guinness Book of World Records officially removed the mark from its books after it had been proven beyond any reasonable doubt that the time, set in the Atari 2600 game Dragster, was impossible to achieve. The creator of 5.51, Todd Rogers, is now being torn asunder by allegations of other falsified records, a lifetime ban from posting marks on Twin Galaxies, and a general dismantling of a reputation of being one of the first ever professional gamers that had lasted over three decades -- and everyone, from Twitch speedrunners and YouTubers, even to his old contemporaries like Billy Mitchell, have come bearing questions and doubts.

How did we get to this point? And how did we even get started? We know how the story ends -- it ends with people like Eric "Omnigamer" Koziel creating tool-assisted runs and even going as far as to dismantle the game's entire code to prove that the lowest possible mark that can be achieved in Activision's old classic in 5.57 seconds -- a mark that has now been achieved by multiple speedrunners. YouTube video creator Apollo Legend would compile this and other information about questionable Todd Rogers records such as 15 million on the Atari 2600 version of Donkey Kong into an exposé that would catch fire and catapult the story into the mainstream. Ben Heck would have the man himself on his show to see if he could reproduce the famous record, and we were treated to 20 minutes of a man awkwardly squirming into his seat, still defending his achievement with quietly spoken mumbles about the "human factor". After you tell a lie for so long, it's hard not to believe it yourself.

In truth, this isn't a story that has come out of nowhere -- a schism has existed between the old and new guards of hi-speed and hi-score gaming for years. People have been raising questions about the scores of Todd Rogers for a long time, particularly at the home of the old guard -- Twin Galaxies, the oldest home of gaming records in the world. With the requirements for the verification of a record run now so high -- from full video proof and documentation right down to the authenticity of the machine, and even the authenticity of the ROM itself, and people ready to go through submissions with a fine toothcomb, to go frame-by-frame if necessary in search of irregularities, how could these old marks stand when almost no verification existed? No video proof, just murky, ancient screenshots -- and in the case of some of Rogers' marks when TG made their full enquiry into them recently, they couldn't even find those. The simple word of another surely shouldn't have been enough in 1983, let alone in 2018 -- but seemingly it was.

As much as a great deal of this is ancient history, one wonders why it took so long for the adjudicators at places like Twin Galaxies to truly question these marks, even though it seemingly wouldn't have taken a lot to find them wanting. Sure, the process of verification thirty years ago was an entirely different, simpler beast -- often the scores would have to be performed in front of a live audience, or there would have to be a picture, ideally taken in a darkened room with a drape over the screen to make sure that the score was clear. But it seems that in many ways Twin Galaxies were reluctant to move with the times -- or, as some have argued, that they would employ one entirely different set of rules for one group, and another simpler set for the more established people within their inner circle.

There are still other mysteries surrounding 5.51 -- while Rogers was always the most prominent and most vocal claimant of the mark, he was not the only one. Activision listed two others, men from Pennsylvania and Wisconsin respectively, as having achieved the time -- but no-one has ever tracked them down. And in spite of everything, all the tearing down and decertification, Todd still has one true believer -- the creator of Dragster himself, David Crane, who reaffirmed his position in an interview given with Twin Galaxies as part of their public-facing investigation into the matter. There is also the question of 5.54, the mark apparently created by Activision themselves in a machine-assisted run at the time that's still .03 seconds of the time that everyone else has been able to achieve. And all of this spawning from an unheralded at the time and almost forgotten 38-year old Atari game where the object was to get from one end of the screen to the other...as simple as Dragster may be, it's doubtful that we've heard its name for the last time. 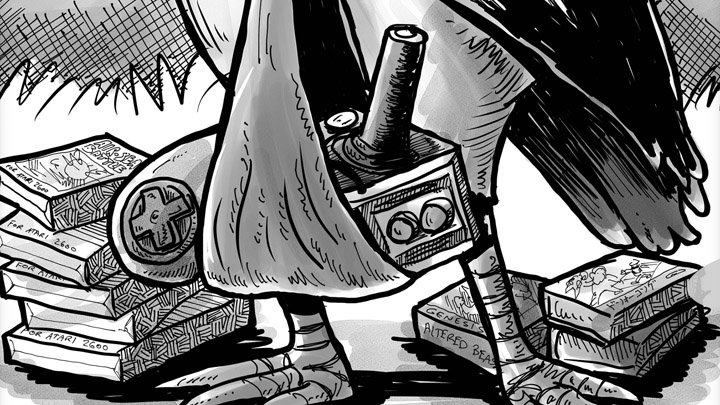 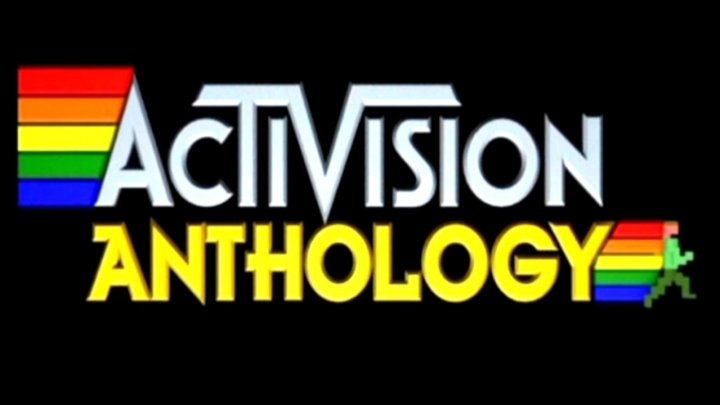 All Together Then: Activision Anthology