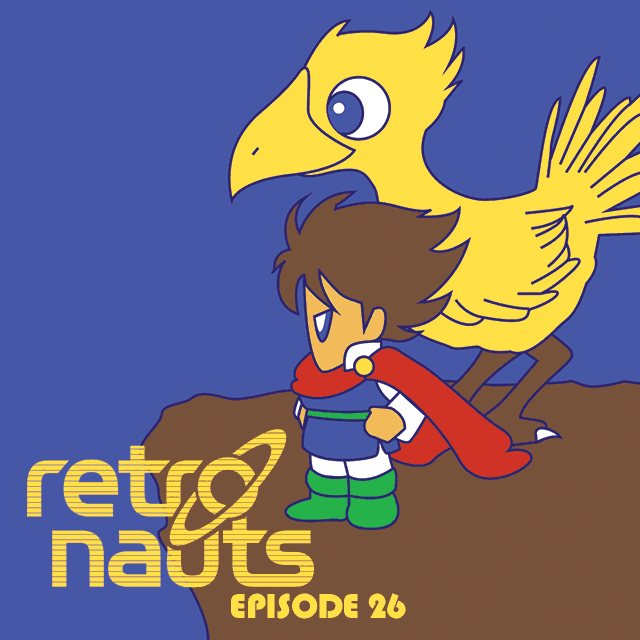 Hey folks, it's Bob again with my second-to-last episode of the season—but don't worry, there's still a few to follow after mine. That said, this is a good one, with a topic brought to us by guest backer Cary Hamby, who unfortunately couldn't make it in to be a guest on the show (but we still love him). Now, the subject of RPG battle systems might at first seem a little too specific for a 90-minute show, but as you'll soon hear, we (all being RPG nerds) get a ton of mileage out of the topic, and still have plenty to say by the time the episode wraps up. This subject matter also gives me the chance to fill the episode with great RPG tracks, so you may notice I went a little overboard with the musical breaks. I hope you can find it in your heart to forgive me.

Returning for this installment is GamesRadar's Henry Gilbert, who also hosts the comic book podcast Cape Crisis, which just reached its 100th episode. I'm a big fan of everything going down at the Laser Time podcast network, so it's always a treat to have Henry come in.

"RPG battle systems: What started as a way to simulate the rolling of dice on a Cheetos-stained card table has mutated over the past 30-plus years into something far different from its Dungeons and Dragons roots. And even though Gary Gygax had no idea what a "limit break" was back in the early '70s, this and other additions have made menu-based enemy encounters far more appealing than they used to be. Join Bob Mackey, Ray Barnholt, Jeremy Parish, and GamesRadar's Henry Gilbert as they wait patiently for their little meters to fill up before saying anything important."

As you could probably guess, they're RPG battle themes. Here are the ones I picked:

Packs of roving slimes will not take you by surprise if you give Retronauts a nice review in the iTunes music store. And why not wrap your attractive body in one of our equally attractive t-shirts?