I know it may not seem this way to a lot of you but Hamster is really, truly starting to run out of Neo Geo fighting games to drop every week and believe me, when the time comes you'll look back at these days and wonder: where the hell is Breakers Revenge?

What's this? The fifth mainline Samurai Shodown game, released for Neo Geo in 2003 under the stewardship of developer Yuki Enterprise after a long hiatus from the 2D realm; while liberally reusing assets from previous games, this game established itself as a prequel and introduced many new characters including would-be series face Yoshitora Tokugawa, as well as abolishing the slash/bust character styles in an attempt to bring back more of the single-strike gameplay of previous entries.

Why should I care? You didn't already buy the online-enhanced version of the much-improved Samurai Shodown V Special nine months ago, or you just can't wait for it to show up on your platform of choice.

What's this? A 1991 side-scrolling brawler from Japan's most American arcade developer, Data East; in the wake of a nuclear attack on New York, a pair of mercenaries are sent by the government to thwart a terrorist uprising, which they do by punching, kicking and tossing every punk, mutant, cyborg and psychotic mall Santa in their vicinity.

Why should I care? You've always wished Doki Doki Panic had been reskinned as an Escape from New York game rather than a Super Mario game.

Useless fact: Johnny Turbo saw fit to sell this game under the name Two Crude Dudes, the title given to the Mega Drive port as a ploy to capitalize on the popularity of the earlier but unrelated Bad Dudes, but this is the original arcade game distrubuted under the name Two Crude (or Crude Buster in Japan), so if it's not quite the game you remember playing at home, now you know why.

Data Disc has restocked several popular items from their catalog of Sega vinyl for the mid-year rush, including long-sold -out variants of their Panzer Dragoon, Shenmue and Shinobi III records, as well as the recent original soundtrack for Sonic Mania. (There's still plenty of Streets of Rage III in stock too, dontcha know.)

Nick Dwyer's mixtape soundtrack to the acclaimed Red Bull Music Academy documentary series Diggin' In The Carts launched on CD late last year and now, due to popular demand, this eclectic and disparate collection of music spanning console, computer and arcade games both celebrated and unsung will be making an appearance on orange and green vinyl, with shipping to begin in just a few weeks.

After successfully crowdfunding photographic tomes on the NES, SNES, Neo Geo, Amiga, C64 and ZX Spectrum, Bitmap Books is taking a shot at Sega's 8-bit console, with a pictorial chronology of the system's hardware, software and peripherals, including a foreword by Sega alum Mark Cerny and the inclusion of anaglyph 3D glasses for viewing select images from the system's small suite of 3D-compliant software  Their crowdfunding campaign has more than met its goal and, pending any massive and unforeseen blowouts in stretch content, the digital version is set to be released by November of this year, with the print version following in February 2019.

Just as Steam tags out, Sony tags in with their own mid-year sale on titles old and new... well, mostly new, but there's a bevy of PSOne and PS2 (and PS2-on-PS4) Classics on sale, including the Capcom oeuvre and much of the Square-Enix catalog (but not Einhander... never Einhander.) 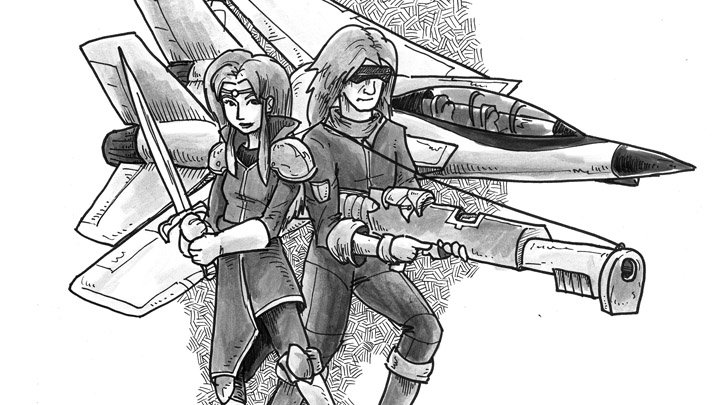