Relive the days when Nintendo's handheld announcements made you happy, not angry 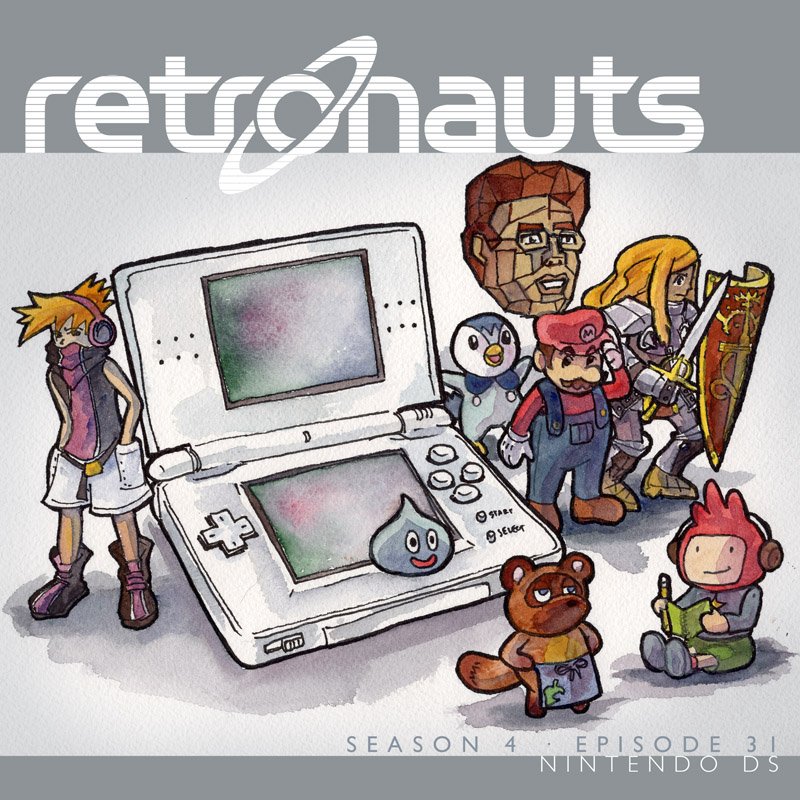 Look, we could argue at length about the point at which something qualifies for discussion under the banner of Retronauts. Some people still hold fast to the idea that anything after the NES launch doesn't really count as old, an idea that had some merit back when I first saw it being bandied about at the dawn of console emulation circa 1996 but makes much less sense in 2015.

But whatever your personal definition, I won't lie: Talking about the Nintendo DS as a classic game system is really stretching that definition to the breaking point. Not only is the system barely a decade old — practically brand new in this, the year Home Pong turns 40! — but you can still buy DS games and systems at retail if you look hard enough. They're easier to find these days than most Amiibos.

In our defense (or rather, my defense, since I was the idiot who decided to put this episode together), the DS began life pretty much being retro. It looked so clunky and primitive next to Sony's PSP... and yet, as we discuss in this episode, it absolutely spanked the poor PSP in short order, despite the odds being stacked almost hilariously against it. The success of the DS seems almost poignant when contrasted against the seeming tone-deafness with which Nintendo continues to approach its sequel, the 3DS, as seen in the wake of last week's New 3DS XL announcement. It was a heady time, when games that looked a decade old could be the best-sellers of the generation. The DS was a weird system that should have failed horribly... but it didn't, and we love it both for its tenacity and its vast and entertaining software library.

What is "retro"? This week, we test the limits by talking about a 10-year-old system whose games you can still buy at retail. But in fairness, the Nintendo DS was pretty much retro from the moment of its conception. Featuring Games Radar's Henry Gilbert and USgamer's Kat Bailey.

Music in this episode comes from the Dragon Quest IX Symphonic Suite album, because why not?

P.S., if you enjoy Retronauts, may we recommend USgamer's podcast From US to You!? It's a similar mix of people to Retronauts, and a similar low-key form of discussion, but it's focused primarily on current topics rather than game history. Give it a listen.