Truth is, I scarcely remember Scarab of Ra in any great detail. I haven’t played it for, ooh, at least fifteen years. It’s a game I first encountered on a childhood friend’s old black-and-white Macintosh. I couldn’t tell you which model. I only recall the beautiful, intricate and clean monochrome art of games like the brilliant Glider and Dark Castle.

What really stuck with me, though, was Semicolon Software’s Scarab of Ra, an extremely simplistic roguelike that sees the player, as an archaeology student, venture into the Great Pyramid of Ra armed only with a lantern and some scran. Possibly sandwiches, it’s unclear. In any case, it isn’t really anything to write home about; it’s a fundamentally basic maze game with some rudimentary encounters - use bullwhips and nets to non-violently restrain hostile creatures! - and resource management - moving slowly consumes more of your rations and lantern oil, but moving too fast puts you at risk of waking sleeping animals and blundering into traps! Dangerous Mummies also stalk the pyramid, causing death and decay on touch. The aim of the game is to locate the titular Scarab, as well as Ra’s Staff and Crown, before reaching the exit and making your escape.

There’s next-to-nothing to it, but I didn’t care. Scarab of Ra inflamed my burgeoning imagination. I designed sequel after sequel to the game, drawn with a Paper Mate biro on A4 printing paper, taking inspiration from the other formative games of my youth; later Scarab of Ra sequels I contrived borrowed elements of Kemco’s Garfield Game Boy game*, Ocean’s Addams Family SNES game and eventually Castlevania: Aria of Sorrow. It didn’t matter that the game was basic as they come – it got me by the cerebral short n’ curlies and stoked the fire of creativity.

Those old Macintosh games are a bit of a lost world, for me. I never owned a Mac computer, but a few of my friends did and it’s through them I was able to discover now-seemingly-unplayable shareware obscurities like Happy Weed (a drug-themed Pac-Man clone) Barney Carnage (slaughter droves of Barney the Dinosaur clones), Snavely! (a two-player Snake-esque game in which you and a friend repeatedly make love to one another to produce eggs), Mortal Pongbat (a ludicrously fun Pong game in which you can fire lasers at the opponent’s bat to make holes in it) and Quest of Yipe! (a primitive Ultima-like that nonetheless consumed hours of our collective lives). Certainly some of the classics from this era were also available on PC – Abuse, Monkey Island, Lemmings etc -  but by and large, this seemingly hobbyist selection of games has been lost to me.

Those old MacWorld magazine demo discs were like the Wild West; acres of bizarre shareware, much of which consisted of clones like Bub & Bob (Bubble Bobble, obviously) and the wonderful Mario Bros rip-off Bonkheads (which is available on PC), but were also populated with miscellaneous, one-off brilliance like Spin Doctor and Snood. The real kicker, though, was spotting Scarab of Ra in the line-up years later and enthusiastically encouraging my friend to boot it up, much to his bemusement. But there I was, in the late 90s, delighted to be playing a monochromatic dungeon crawler again. Because sometimes it doesn't matter how good or bad a game is, only that you played it at the right time.

I tried to get a Mac emulator going recently so I could play Scarab of Ra and the others again, but had no luck. Near as I could tell, there’s no DosBox equivalent for old Macintosh software. You can play it in your browser, but it's not the same.

*Which, for god's sake, is now near-impossible to Google thanks to a HI-LARIOUS new "Garfield Gameboy'd" project which - in a fit of spontaneous and incredible originality - depicts Garfield as an eldritch monstrosity! I know! How clever and creative, eh? (Homer Simpson voice) Oh, by the way, I was being sarcastic. 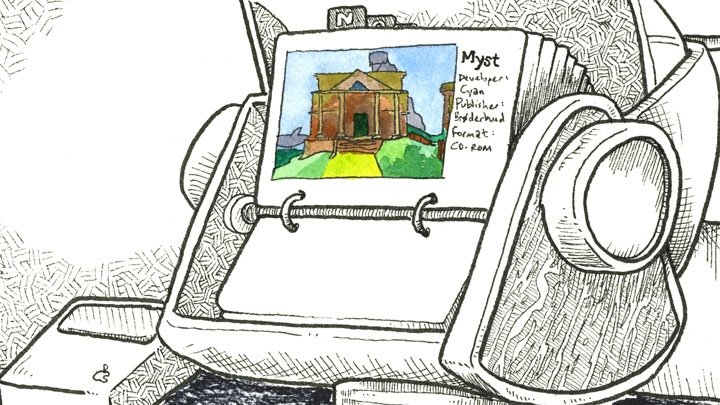 Episode 126: A deep dive into HyperCard and Myst 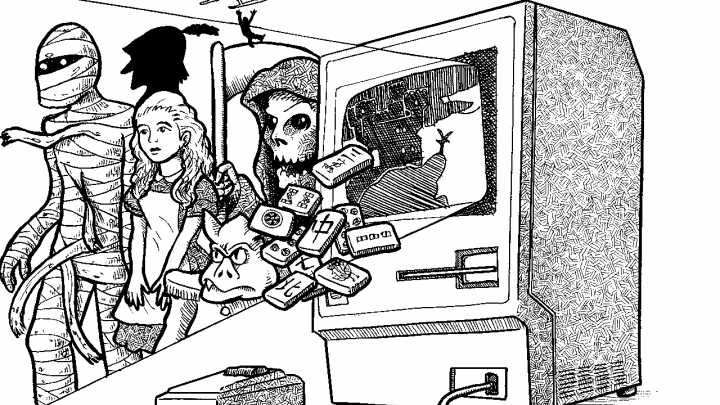 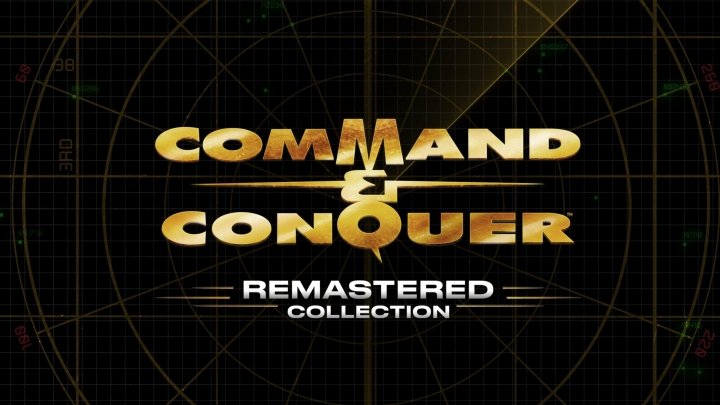