What's this? An objective-based maze game of sorts, developed and distributed in arcades by Taito in 1982; players are challenged with navigating a train through three increasingly strange stages, with the relative forwards and backwards movement of the train controlled with the stick and a button used to flip the direction of the track at key points.

Why should I care? Time Tunnel's idiosyncratic controls are fun to come to grips with, and the game ends just before it might have become too frustrating for its own good.

What's this? Sega's return fire at the NES and SNES Classic, featuring 40 classic first- and third-party Genesis/Mega Drive games, replica USB-equipped controllers (with 3 buttons overseas and 6 buttons in Japan and Asia), software emulation by the veterans at M2, menu music by Yuzo Koshiro, hardware design and production by Sega of Japan and a neat little volume slider that rattles when you shake the console, plus two brand-new, genuine-spec Mega Drive games to top it off: a fresh port of the infamously-rare Sega Tetris and a new port of Taito's late-'80s shooting game Darius, produced in collaboration with an intrepid Japanese hobbyist. (The European version was delayed by two weeks, just like the good ol' days.)

Which games are included? The game lineup will be substantially different depending on whether you own the western, Japanese or Asian version of the system, and the breakdown goes something like this:

Why should I care: Where the NES and SNES Classic went for surefire hits and the PS Classic went for... whatever it went for, the Genesis Mini has gone for the "time capsule" approach, with a wide, varied, and somewhat surprising assembly of games curated to demonstrate the evolution of the software library from launch to sunset and beyond; some individual choices are questionable and the included library isn't as all-encompassing as they may have intended, even at 40+ games — is it really a Genesis without a single sports title or unwanted copy of Shaq Fu? — they've nonetheless produced a worthy console that completely, unquestionably, no takebacks won the 16-bit console wars. (If none of that convinces you to buy one, at least be content in the knowledge that it's pushing the awful Genesis Flashback off shelves, presumably for good.)

Helpful tip: Three of the games on the Japanese/Asian systems — Party Quiz Mega Q, Tant-R and Yu Yu Hakusho — supported four or five players via multi-tap and that functionality has been retained for the Mini via USB hub, but the only confirmed Mini-compatible hubs at this point in time are these ones, which you'll also have to import.

What's this? The 2015 HD remaster of the zillion-selling XBLA brawler-RPG, now available on non-Xbox console for the first time in almost a decade; the remaster includes high-resolution visual assets, 60FPS framerate, the addition and subtraction of various minigames, the integration of content formerly locked behind DLC and a bevy of balance changes, among other things.

Why should I care? Between River City Girls, The Ninja Warriors Once Again and the impending Streets of Rage 4 and Battletoads, we're in the middle of a modern brawler renaissance, so it might be instructive to go back to the game that led the last one.

Helpful tip: I'm sure anyone who's ever heard of Castle Crashers already knows this but it's the only memory I retain of this game so I might as well share it with you: this game is really, really grindy.

What's this? The 2007 match-3 RPG that introduced a formula stolen and corrupted by a million smartphone games, remastered with (mostly) high-resolution art and the inclusion of both the original expansion, Revenge of the Fallen, and a new expansion subtitled Attack of the Golem Lord which adds 100 new quests and five new character classes.

Why should I care? By all reports, this is Puzzle Quest exactly as you remember it: that is, no misinformed sequel mechanics, no microtransactions, no stamina and nothing you've been trained to expect from a match-3 game in 2019. Doesn't that sound... fun?

Useless fact: If you're not averse to the idea of playing Puzzle Quest with all the modern service-game accoutrements, the original developers' current game, Gems of War, is almost literally just that.

What's this? The beloved Game Boy classic, remade with modern 3D graphics by Zelda series offsiders Grezzo; everything you liked about the original (and most of what you enjoyed from the GBC port, save for the photography sub-quest) is back and prettier than ever.

Why should I care? Remaking a famously liberal and carefree game with workmanlike exactness seems to me like the exact opposite approach one should take, but there are many, many less appealing options to a faithful reimagining of Link's Awakening out there, including pretty much all other Zelda games... but hey, don't ask me, I'm just a kid!

Helpful tip: There's no way to trade your assembled dungeons online, but you can save and trade them locally via amiibo. Remember those?

Why should I care? I don't know, why does Capcom think you should care? Why do they care now, and not back when they were making the game? Just... why?

Helpful tip: In case you're not aware, DMC2 is essentially a reskinned version of an unrelated action game that was floundering in development, bears little to no mechanical resemblance to the original game or its sequels, is functionally non-canon and is the absolute worst choice of game to offer to new fans directly coming off DMC5. It's not quite Strider Returns, but it's close.

Irem's early-'90s masterpieces originated almost exclusively in arcades, with the gravity-flipping NES action game Metal Storm being the most glaring exception, and now Castlemania Games is reissuing this cult classic (or, to be more specific, a translated version of the tougher Famicom version) on cartridge in two separate packages, the latter coming with a replica figurine of the playable M-308 Gunner mech. The standard edition is available at both Castlemania and Limited Run Games' websites, with the blue-cartridge version and grey-cartridge version of the collector's edition exclusive to one site or the other.. Preorders are open until November 30. 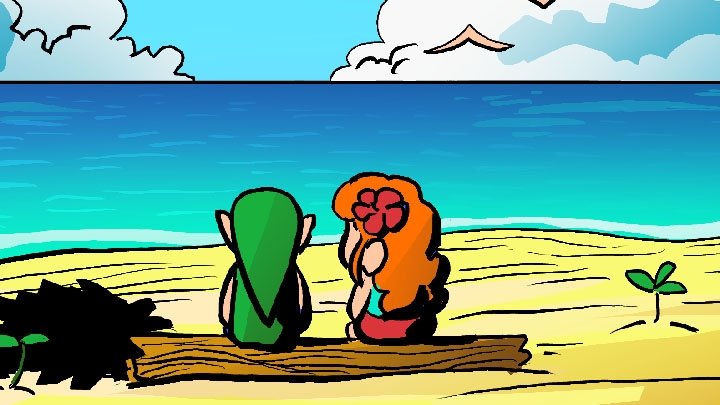