As I look back over this week's update, I realise I've omitted something rather noteworthy: a demo for a role-playing game a lot of y'all seem to be quite fond of. I promise, dear readers, that at some point between now and the impending cessation of all human life that I will make it through at least one version of one of these games... but probably not this one, I can't JRPG without a throttle anymore. 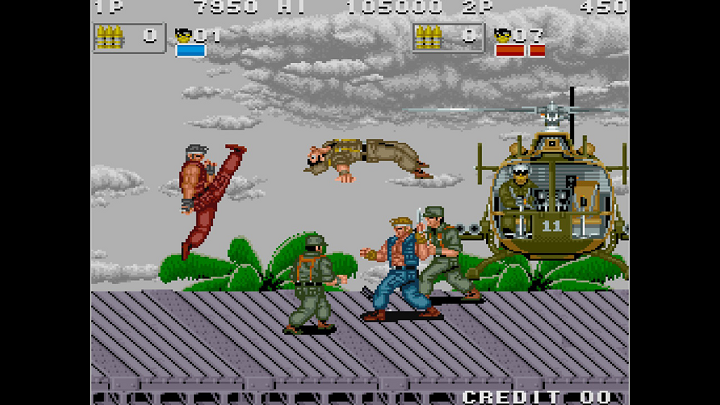 What's this? SNK's macho military-themed brawler, originally released in arcades in 1988 and converted for NES the following year; one or two players fight with knives, guns and their bare fists to escape from captivity.

Why should I care? You're a mark for late-'80s arcade machismo and you're not one of those people who believe brawlers began with Final Fight. (For what it's worth, Capcom's Akira Nishitani modeled the feel of Final Fight directly off of P.O.W.)

Castlevania: Symphony of the Night 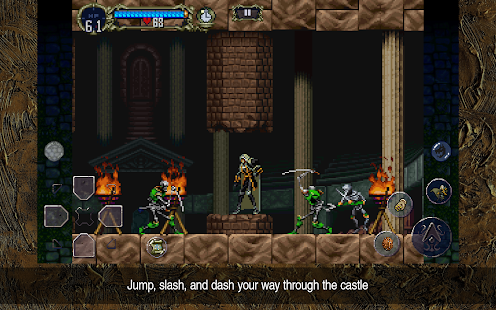 What's this? Come on, you read Retronauts, you know what this is. (This is a port of the version seen in Dracula X Chronicles for PSP and Castlevania Requiem for PS4; port-specific features include virtual buttons and controller support, a suspend-save feature, a new HD UI and immediate access to post-game content including Richter and Maria.)

Why should I care? Come on, you read Retronauts, you already care... or, if you don't, you might at least want something to tide you over until the exciting new Castlevania gacha game finally comes out.

Helpful tip: If you have a Pixel 4 or 4XL phone, you'll have to turn off the Smooth Display feature or various game elements will operate at incorrect speeds.

What's this? A 3D remake of the first game in the long-running, Chunsoft-developed Pokemon Mystery Dungeon roguelike series, originally released in "red" and "blue" versions for Game Boy Advance and Nintendo DS, respectively; this remake largely maintains and concatenates the original game's content but adds several new features from more recent games, including the Mega Evolution system and the ability to recruit shiny Pokemon, as well as new features like an auto-explore mode and the option to let the game auto-pick optimal attacks.

Why should I care? Pokemon Mystery Dungeon's peculiar isekai-style story remains an interesting and surprisingly poignant alternative to the typical Pokemon narrative, and while these games are probably going to feel a little slow to today's roguelike-savvy audience — hell, they felt slow back in 2005 — the new automation features should at least get help players get to the meatier content sooner. (There's a free demo, and I assure you, the full game will eventually heat up.)

Helpful tip: The personality quiz that determines your starter Pokemon is now purely optional — you can do the quiz if you want but you can also directly choose your starter, and your chosen gender will not limit your choices as it once did.

Available on Steam Early Access since 2015, as a free mod since 2012 and in production since 2004(!), Crowbar Collective's Source-powered, officially-sanctioned reimagining of the original Half-Life is finally content-complete in both single- and multi-player, and you've got about two weeks to blow through it before Half-Life: Alyx arrives, so hop to it.

Those of you who bought a Japanese copy of any version of the Darius Cozmic Collection for Switch might be happy to know it just received a patch that essentially brings it to parity with the upcoming international release; the patch adds a full English localization, a few extra console games to the special & consumer editions and several new features and settings including extra save states, a training mode, additional on-screen "gadgets" and more. (As for when the actual international release might drop, your guess is as good as mine.) Oh, and it's out on PS4 in Japan now, too, so have fun waiting for that as well.

DuckTales: Remastered, back on digital stores

Delisted in August of last year, Capcom and WayForward's 2.5D remake of the classic NES game is once again available for digital purchase on Steam, XB1, X360, PS3 and Wii U; this is good news for those who never got to try the game — and possibly bad news for those who recently bought a physical copy thinking it might balloon in price — but potentially better news as it may pertain to new and future DuckTales games. (Come to think about it, Disney Afternoon Collection never did make it to Switch, huh?)

The announced roadmap for Master Chief Collection PC seems to be rolling out a little slower than expected (unless you've followed MCC since the XB1 launch, in which case it's probably moving exactly as slowly as expected), but Halo CE Anniversary is finally here and, touch wood, it seems to run pretty well from the jump. (No, they didn't screw up the Anniversary graphics, those new graphics always looked like... that.) You can also purchase Halo CE Anniversary individually for a tenner if you'd like, and the whole collection's also available as part of Xbox Game Pass for PC.