A word of warning, dear readers, about today's headliner, the Nfirst-ever reissue of the Neo Geo Pocket Color-exclusive SNK Gals Fighters: for as tastefully as the game treats its female cast, especially relative to more recent attempts at the same shtick, it's still a game from the year 2000 featuring a dude in a dress and as such, you're going to see a word or two that might strike you as, um, outdated. 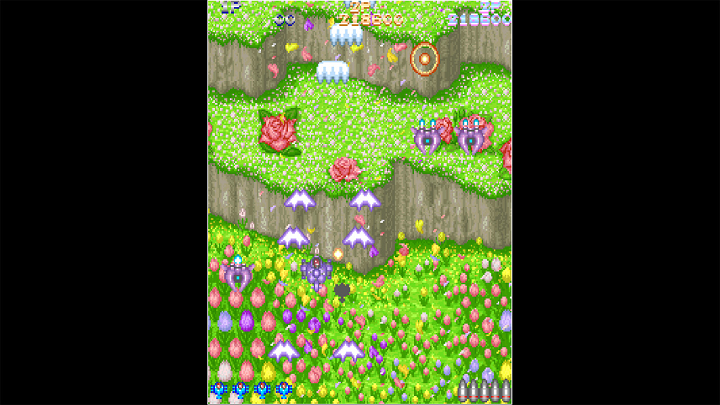 What's this? A cutesy vertically-scrolling shooter, developed and distributed in arcades by Jaleco  in 1989 but never ported anywhere until now; aside from the Mario 3-esque between-stage picture-  matching game, it's a consciously breezy and conventional shooting game: shoot, bomb, grab items and enjoy the playful atmosphere. (This showed up on Switch a week or two back but COVID19-related difficulties mean PS4 may be playing catch-up for the next little while.)

Why should I care? You're familiar with other cute Jaleco arcade games like Rodland and Soldam and want to play another game with the same tone and lineage, or you just want to play a cute-em-up that isn't deceptively, murderously difficult.

Useless fact: I lack the familiarity required to point out the precise location of these images but, according to recent interviews, one of Plus Alpha's artists hid several images and messages, including a drawing of idol Noriko Sakai, in the game's backgrounds in such a way that they were barely visible on the arcade CRT displays of the day but are distinctly visible on modern LCDs. See if you can spot them! 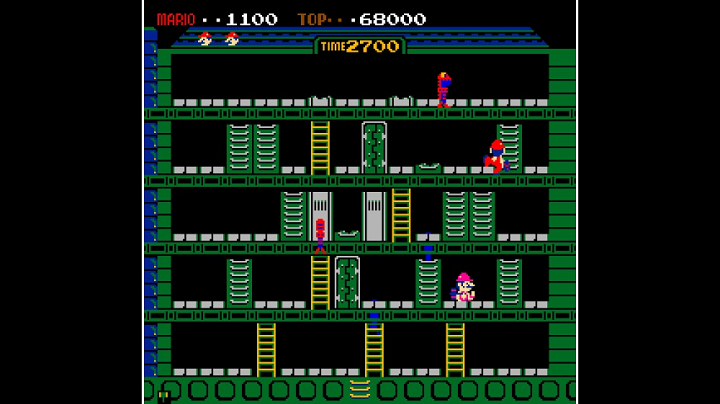 What's this? A puzzle-tinged action game about smashin' stuff with a hammer, released in Japanese arcades in 1984 for Nintendo's two-monitor Vs. DualScreen arcade hardware and heavily arranged for NES the following year; players must strategically navigate each fixed-screen stage to destroy all the doors and ladders therein, dodging enemies and passively competing against another player or a CPU stand-in all the while. The game also makes specific use of the two-screen setup, with each player's screen treated as a slightly different plane that enemies can cross between via open doors.

Why should I care? Of all the Vs. System games that also appeared on NES in one form or another, Vs. Wrecking Crew is by far the most divergent — while the home version is focused primarily on solo play and packed with exacting puzzle-style stage layouts, the arcade original is far less punitive and structured heavily around more immediate and frantic "co-operative" play... it's less Lode Runner and more Mario Bros. (The music's very different, too.)

Useless fact: Mario and Luigi were seemingly shoehorned into the game shortly before release, hence their very off-canon color schemes; Luigi's color #3 in the Super Smash Bros. series is a direct reference to his colors from Vs. Wrecking Crew.

What's this? A cafe-themed puzzle game wherein players use a 2x2 rotating cursor to match three or more sweets for big chains, developed and distributed on Japanese smartphones by G-Mode in 2010; in addition to the standard stage-clear and endless modes, the game also features a two-minute score attack mode with online leaderboards.

Useless fact: There seems to be some conjecture around Kururin Cafe's character designs being secretly designed by one of the illustrators for Konami's pop'n music series, but I've found no evidence to support or disprove that theory, so I'm going to chalk the resemblance to shameless imitation.

What's this? A slightly more hardcore successor to the popular aerial dogfighting game After Burner, developed and distributed in arcades by Sega in 1990 and heavily arranged for the Sega Master System, Game Gear, Genesis and European microcomputers thereafter; this Sega Ages release is the first authentic reissue of the arcade version and includes new features like a more accessible and action-packed arrange mode, online leaderboards, replay sharing, HD rumble and, making its long-awaited return from the Sega 3D Classics series, an optional moving cabinet display that simulates the movements of a genuine arcade cabinet.

Why should I care? Of all Sega's Y Board arcade games, G-LOC was Yu Suzuki's most comprehensive attempt at emulating true 3D gameplay with 2D technology, and while the original game has a reputation for being unforgiving and a little staid, the new arrange mode does a lot to bring the game closer to the more frantic feel of After Burner.

Helpful tip: You may be most familiar with G-LOC R360, a remixed version of that game made for Sega's massive 360-degree rotating cabinet, but the content of the two versions is quite different and only the original arcade game is included here. Similarly, you might recognize much of this game as Strike Fighter (or its rebranded Sega CD conversion, After Burner III) which repurposed G-LOC into a more pick-up-and-play, After Burner-style game; again, that's a substantially different game that wasn't included with this release, but the new Ages Mode was made to accommodate people who wanted something closer to, but not exactly like, Strike Fighter's approach.

Why should I care? Gals Fighters' abundance of very silly animations and unique systems like item collection keep it from feeling like a downsized retread like many other Neo Geo Pocket fighting games, and the tasteless fetishism of SNK's more recent all-girl fighting game is nowhere to be seen in this one.

Helpful tip: SNK Gals Fighters remains the only game to feature Kyo Kusanagi's girlfriend Yuki as a playable character, and you can unlock her by clearing the "Queen of Fighters" mode with any character. (Clearing the story mode with all eight default characters unlocks Whip, and collecting every item will unlock the mysterious Miss X, whoever that is.) 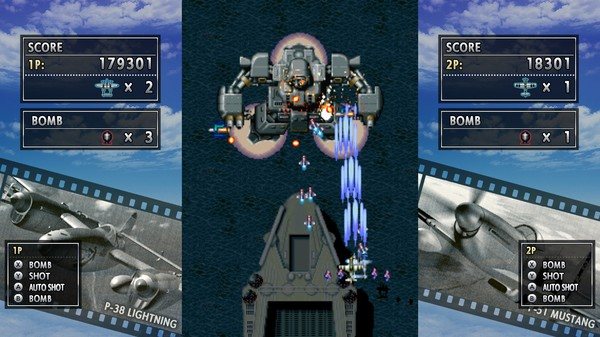 What's this? The first of Psikyo's popular super-stoic military-themed vertical shooting games, originally released in arcades in 1995; this version is largely derived from the recent Switch port and exclusively features a new fixed-settings score attack mode with online leaderboards.

Useless fact: Pretty much all those Psikyo shooter ports that have been trickling out on Switch over the last year or two are coming to PC as well, and you can expect a new one to show up every week or so.

Of the small handful of Japan-only Pokemon games that exist, these WiiWare games are by far the most substantial: a trio of games from the popular Mystery Dungeon roguelike spin-off series, released exclusively via the now-defunct WiiWare service and never playable in English until now. Aside from translating the games, this patch restores the limited event content that relied on WiiConnect24 and optionally implements some dummied-out items, with potential support for friend rescue codes in the future. These games can't be purchased anymore, so you'll need to track down the original .WAD files and either install them on your modded Wii via homebrew or play them on PC via emulation. (Two helpful tips before you begin: one, these games allow you to use a DS as a controller, complete with touch functionality, so bust out your DS if you have one; and two, these three games function more like three chunks of one game and save data can be freely loaded between them, so you will want to install and play all three.)

Brigandine: The Legend of Runersia (Switch) from Limited Run Games 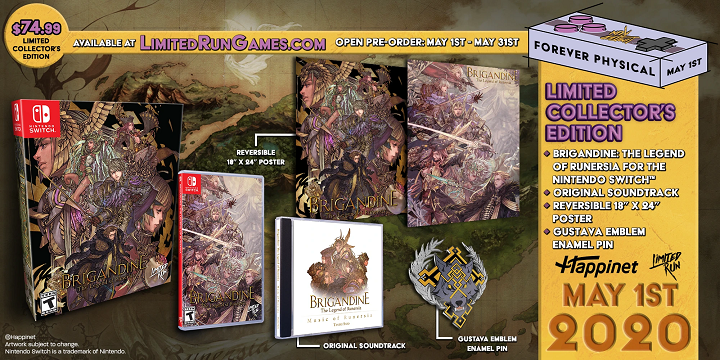 Coinciding with today's eShop demo, he upcoming remake of the cult fantasy SRPG best described as "that one PlayStation game whose ads you skipped past in magazines 25 years ago" is getting a physical run in both standard and collector's editions with soundtrack and poster, with orders being taken for the entirety of May. 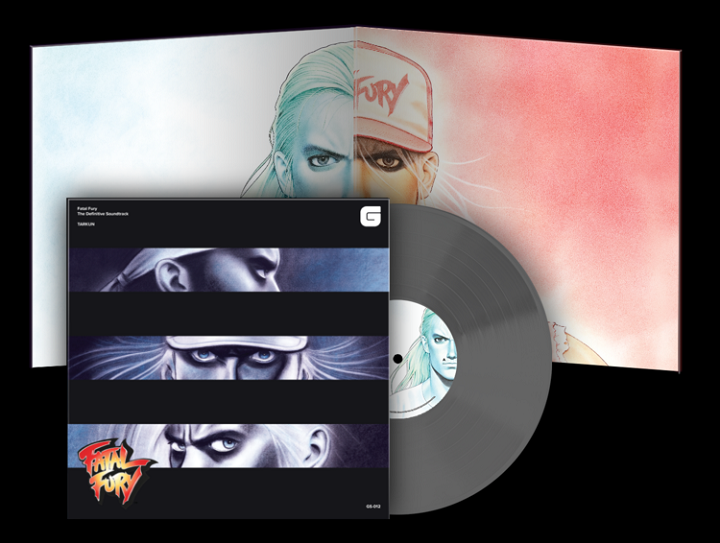 After several successful collaborations with SNK, Brave Wave has finally turned their sites to Fatal Fury, the debut outing for Smash Bros. star Terry Bogard, his dorky brother and that one guy who needs to install guard rails on the balcony of his skyscraper. This soundtracks, newly restored from the original hardware, comes in both CD an vinyl formats and includes an extra arrange tune from the 2015 mobile game Rhythm of Fighters, with the limited-edition variants including signatures from composer TARKUN and veteran artist SOESOE. 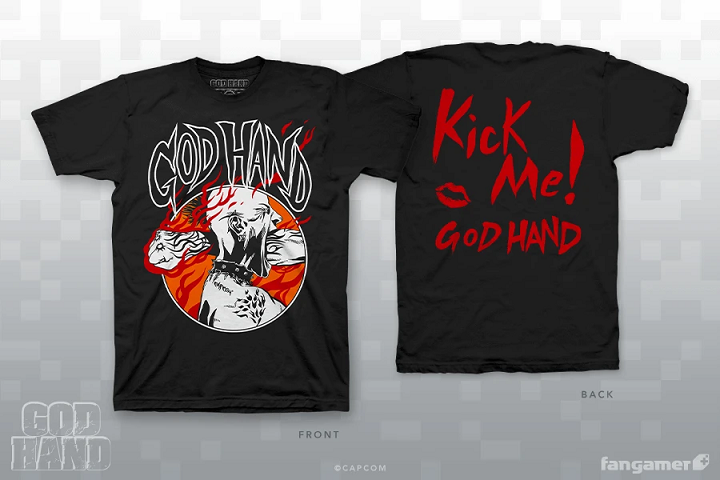 As if God Hand being gnarly wasn't reason enough, the purchase of this Nina Matsumoto-illustrated shirt might go some small way towards convincing Capcom that God Hand is something people did and still do care ab—oh, who am I kidding. (Tying things to the SNK merch sale: a lot of God Hand's design work, including the iconic cover illustration, was penned by SNK alum Hiroaki.)

What makes this Streets of Rage II soundtrack release any different to the multitude of others that have release recently, you may ask? For one, you can get this one on cassette; secondly, it's sourced from the final Mega Drive tunes and not Yuzo Koshiro's PC-88 versions like almost every other OST; and thirdly, this soundtrack includes an exclusive 17-minute megamix by fellow '90s FM techno master Shinji Hosoe that incorporates several unused tunes. 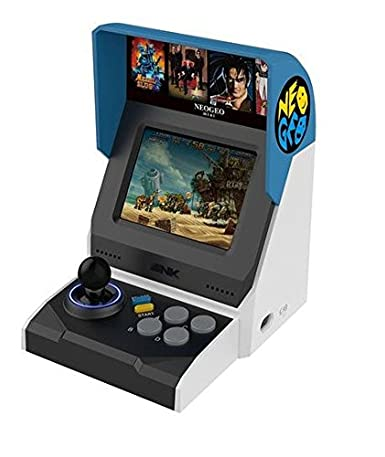 Compared directly to the likes of the SNES Classic or Genesis Mini, the Neogeo Mini falls short: the flaws in the emulation become acutely apparent when output to playing on TV, using the unit itself as a controller is somewhat unwieldy and the supposed replica controller (not included with the base unit) is far from authentic. Treated solely as a 40-game mini-cabinet you can sit on a desk somewhere and mess around with every so often, or gift to a kid who's yet to experience Metal Slug, it's easily worth your thirty bucks. 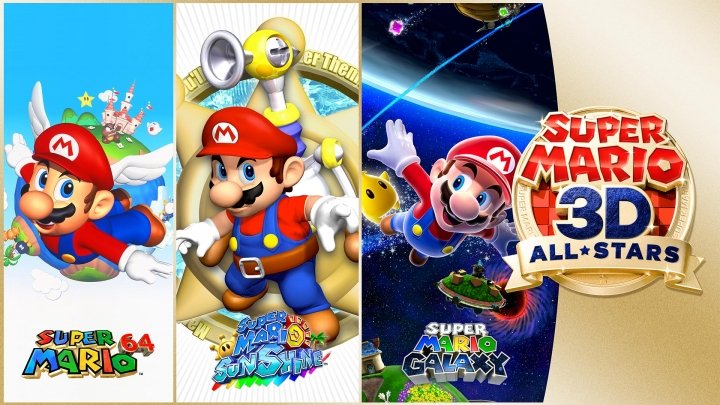 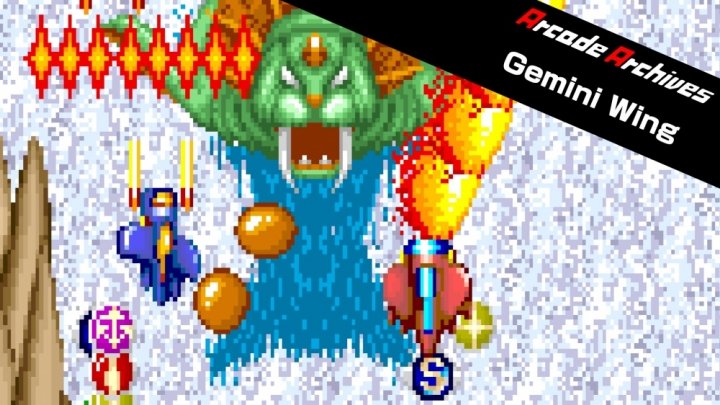 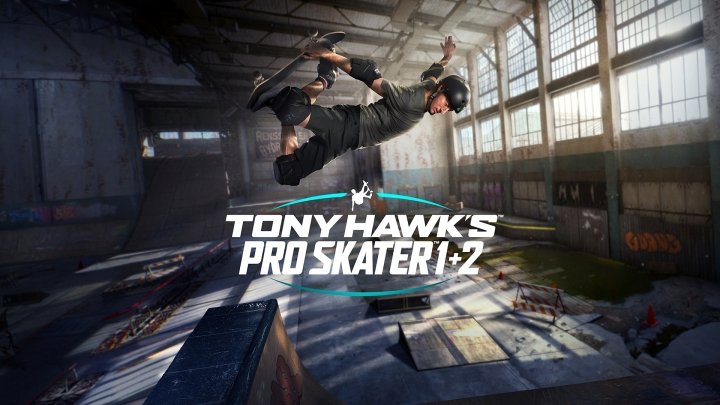