Of all the games that tend to show up unannounced from week to week, I gotta say, "rejected prototype that reignited old resentment from former employees" is, um, uncommon. 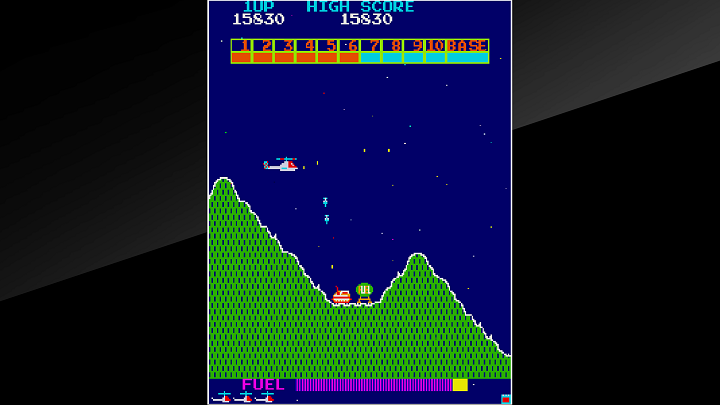 What's this? A follow-up to Konami's popular and formative horizontally-scrolling shooter Scramble, developed and distributed in arcades by Konami in 1981, just a few months after Scramble, and later ported to Intellivision, Colecovision, various Atari consoles, MSX and PlayStation; the number of stages has doubled and the player ship has changed to a helicopter but it's more or less just more Scramble.

Why should I care? You've completely mastered Scramble, or you're otherwise content to play a game that'll slaughter you from the jump.

Useless fact: Super Cobra is believed to be one of the very first arcade games to implement a continue feature.

What's this? A dungeon-crawling RPG with a heavy focus on acquiring and learning spells, originally released on Japanese features phones by G-MODUE at some point in the early-mid 2000s; as you pass through dungeons and attempt various trials, the various types of magic synthesis are loosely based around celestial bodies that form a ring-based affinity/weakness system.

Why should I care? Later entries in the series, as well as the remake of this first entry, have a niche following among min/maxers but I can't tell you much about this first entry, except that you absolutely shouldn't bother with it if you can't read any of the text.

Why should I care? My hazy recollection of AoEIII is such that I can only tell you why I care: simply put, this version starts you with all the City Cards from the beginning, eliminating the single-player grind that was necessary to fully engage with the game's deck-building system. Perhaps all of you AoEIII diehards might see that as a demerit, wherever you are.

Helpful tip: One less pronounced change made with AoEIII:DE is the revised design and depiction of the Native American tribe that better reflects the reality of Native American culture.

What's this? A remastered version of Apogee's shareware staple, originally released in 1991; this new version adds retouched graphics, an alternate soundtrack, all the content from the full three-episode commercial game, a brand-new episode and a level editor with Steam Workshop support.

Why should I care? I'm happy to defer to Stuart on this one.

Helpful tip: If, for whatever reason, you can't sanction this remake, you can still grab the original game off Steam, same as before.

What're these? Ports of the two PlayStation Portable side-scrolling action games starring the Disgaea series' eternal fodder enemy, the Prinny, originally released in 2008 and 2010, respectively, and adorned with subtitles I will respectfully abstain from typing; these games are something of a throwback to the exacting, death-laden platformers of yore, with the central conceit being that you have just 1000 Prinnys with which to beat the entire game, with a bad ending in store should you fully exhaust your squad. (Barring the inclusion of each game's DLC and some minor tweaks like the option to immediately equip certain items, these games are essentially presented as-is on Switch.)

Why should I care? You'd be forgiven for writing these games off as mere pastiche that mistake punishment for challenge, but they're both well-crafted games that add interesting structural and mechanical wrinkles to what's traditionally a very staid genre, and you might not even find them to be as difficult as they proclaim themselves to be. (One might also embrace them as a way to experience Disgaea's humour, such as it is, without having to play a Disgaea game.

Helpful tip: If you haven't tried these games and would rather just buy one to get your feet wet, start with the original. The bosses are more fun. That's it, that's the reason.

What's this? Sega and United Game Artists' synaesthetic 3D rail shooter, originally developed for and released on the Sega Dreamcast in 2001 and subsequently ported to PlayStation 2, remastered for Xbox 360 and further overhauled for PlayStation 4 VR; this version retains all the content from the PSVR version, including the brand new Stage X.

Why should I care? Rez Infinite on PSVR was a phenomenal experience with an excellent new stage that feels truly enmeshed with VR and I can only presume it'll be an even better experience on higher-fidelity VR hardware and controlled with anything but a PS Move.

Helpful tip: There weren't and still aren't a ton of games out there like Rez but Sayonara Wild Hearts is very much one of them and I'd urge all of you to try it at some point in the very near future, if you haven't already.

What's this? The latest port of WayForward's second hair-whipping side-view action-adventure game, originally released ten years ago (almost to the day) on Nintendo's DSiWare service and later ported to smartphones and successive consoles; the Director's Cut features include a revised warp system and an optional high-attack/low-defense mode, but the game's content and assets are essentially untouched.

Why should I care? Most everything seen in Risky's Revenge was improved or iterated upon in its sequels but it nonetheless deserves to be commemorated as one of the very few attempts at a full-fat, core-oriented DSiWare title.

Useless fact: Risky's Revenge was announced as a three-part episodic DSiWare title but ultimately released as a single and obviously truncated game, so if you're coming to this after playing more recent Shantae games and wonder why it feels like it ends halfway through, there's your answer.

What's this? A unique vertical shooting game that made a name for itself as one of the more daring Xbox Live Indie Games of 2010, now on Switch in the form of a Unity-powered "deluxe" version with additional stages and enemies. Shoot 1UP's central gimmick is that you don't stock 1UPs but simultaneously control all your ships on the screen at once, with the challenge being to recognise when you should or can dodge something vs. sacrificing your 1UPs.

Why should I care? The pool of XBLIG-to-anything ports remains woefully shallow, so one should jump at the opportunity to experience anything that has managed to endure the death of that ecosystem.

Helpful tip: Developer Mommy's Best Games, perhaps best known for Serious Sam; Double D, is planning to port a few more XBLIG-borne games in the coming months, not just to Switch but to other consoles as well. 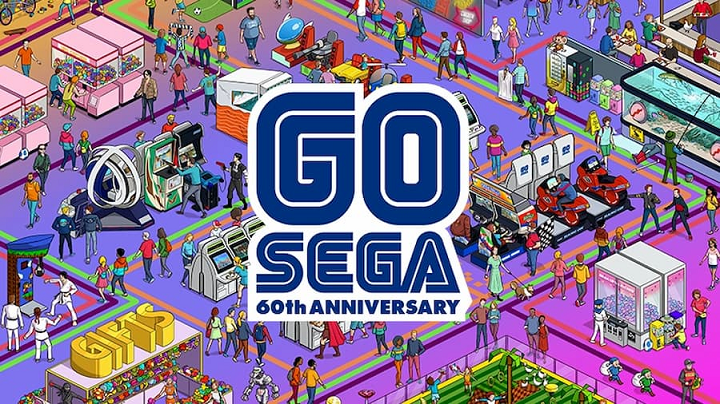 There are all sorts of offers and surprises promised every week through to December, but there's plenty to sink your teeth into right now, including Sonic the Hedgehog 2 being free to claim on Steam, NiGHTS Into Dreams (Steam) being given away to those who sign up to the Sega 60th newsletter and four free limited-window download games, available until October 18, that include a Yakuza/Streets of Rage 2 mashup, an Endless Space/Fantasy Zone mashup, an overhead tank shooter themed around Company of Heroes and a prototype build of a Golden Axe revival game, created by the now-defunct Sega Studio Australia under, shall we say, less than ideal circumstances. (You can read one programmer's particularly pointed recount of said prototype and today's release, as well as Sega's response to his comments, here.) 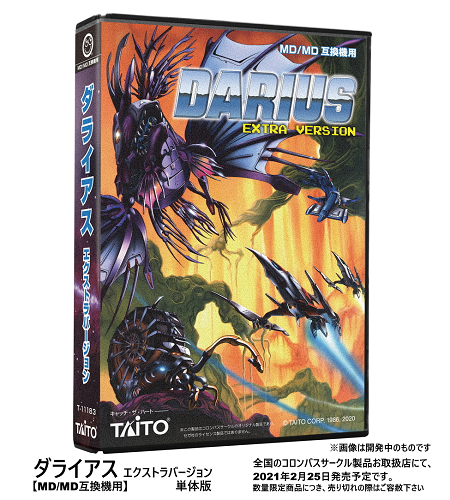 You thought M2 and homebrewer Hidecade were done with their Darius Mega Drive port after the release of the Genesis Mini? Think again! They've continued to improve upon the port by further refining the audio and adding selectable modes that seek to closely mimic each specific variant of the arcade game, and now this version's being made available not just as an impossible-to-get Amazon Prime promotional download (which, by the way, you and I bot missed) but as a genuine Mega Drive cartridge release... or, should I say, a genuine cartridge release for "MD-compatible machines", seeing as Sega still can't endorse this product even though they helped produce it. Stuff's weird.

GOOD LUCK GETTING ONE OF THESE

Those of you who've spent any time in arcades of a certain vintage will be more than familiar with the traditional Astro City 1P/2P control layout, with green buttons on the 1P side and pink buttons on the 2P side; that exact configuration obviously won't fly on this mini-sized replica cabinet, but Sega is producing an extremely limited number of Astro City Mini systems and peripherals in the 2P pink color (but without the specific 2P button placement, this is purely a color swap). Sega Toys has had to postpone and retry sales of these items more than once due to immediate and overwhelming demand, so I suspect none of us are going to be able to get one of these no matter how hard we try, but I suppose it's still nice to simply know they exist.