There's one game not mentioned in this week's roundup, dear readers, that I'd be remiss for ignoring entirely: the Steam reissue of Rogue — yes, that Rogue, the one every other game wants to be like — that I hesitate to recommend because the game has been open-source for decades and there's nothing to be gained from paying an IP hoarder for an executable of dubious value. Anyhow, take a look at that monthly-sub app full of rehashed Famicom catalogs! 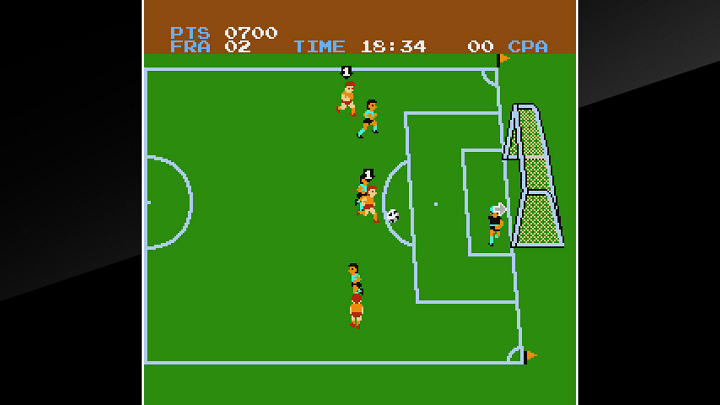 What's this? The Vs. System conversion of Intelligent Systems & Nintendo's black-box soccer game, originally released in 1985; the big differentiator for this version is a curious scoring system wherein the player steadily loses points whenever the opposing team is in possession of the ball, with the game ending if the score ever reaches zero.

Why should I care? You wished Soccer was also needlessly punitive on top of being shallow.

What's this? One of the many, many brain-training mobile apps released in the early-'00s, this one being delivered by G-MODE in 2003; exercise your right-brain functions with eight different exercises that allow you to quickly answer with just the up/down/left/right directional inputs.

Why should I care? You have the slightest tingle of nostalgia for this fad but not enough to purchase the genuine new Brain Age game released for Switch several months ago.

Useless fact: OG Brain Age wasn't released until the middle of 2005 in Japan and mid-2006 elsewhere, so while it was definitely the standard-bearer and biggest catalyst for the wider brain-training craze, it was far from the first game of its type and was arguably as much of a bandwagon-chaser as some of the games left in its wake.

What's this? A remaster of the original 2003 character-swapping action-platformer set in the fictional unconquered Gaulish village of old, following from the recent remaster of its sequel and all-new third game; this version includes overhauled animations and visual assets, an improved camera, extra character costumes and various game enhancements that can be toggled on and off at your discretion, including a retro mode that retains the game's original visuals (with 16:9 support, if you'd prefer).

Why should I care? If you're a North American with a vague memory of playing and/or seeing one of these games in their day... well, it was this one! As these games go, it's probably a better introduction to the Asterix universe than the very parody-heavy sequel, and a competent Lego-esque checkbox romp in its own right.

What's this? A subscription-based app that offers access to an ever-growing library of classic games, developed by Dwango in collaboration with D4 Enterprise, the owners and operators of the Japanese legacy gaming service Project EGG; all games come equipped with save states and replay saving, online play, controlller support and direct video streaming, as well as score attack/time attack leaderboards that can be accessed for free once a day, or more regularly with the additional purchase of "Pico Tickets".

Why should I care? Certain games are free and there's a one-week free trial besides, so if you're purely curious about the service, you can give it a shot without spending a cent. Either way, this is probably the only way we were ever going to get an international reissue of Hydlide Special, so... yay...?

Helpful tip: The app does have an offline mode but it requires online authentication every 24 hours or so. Additionally, it seems to run a little fast on iPad Pro, so bear that in mind.

Taito, M2 and homebrewer Hidecade's Darius Mega Drive port as included on the Genesis/Mega Drive Mini was an impressive effort but one that could have benefited from just a little more time to refine certain aspects of the port; thankfully, Taito was more than happy to oblige, and so Darius EXTRA, an enhanced revision with options to replicate specific arcade revisions, even more accurate audio, accessibility tweaks and more, is being brought into the world as both a Japan-only digital promotional bonus for an upcoming compilation and, somewhat surprisingly, as a genuine MD-compatible cartridge, available worldwide. Strictly Limited Games' versions come in Genesis and Mega Drive variant, but the differences are more than cosmetic: the MD version is optimized for 50Hz, so keep that in mind when you make your purchase.) 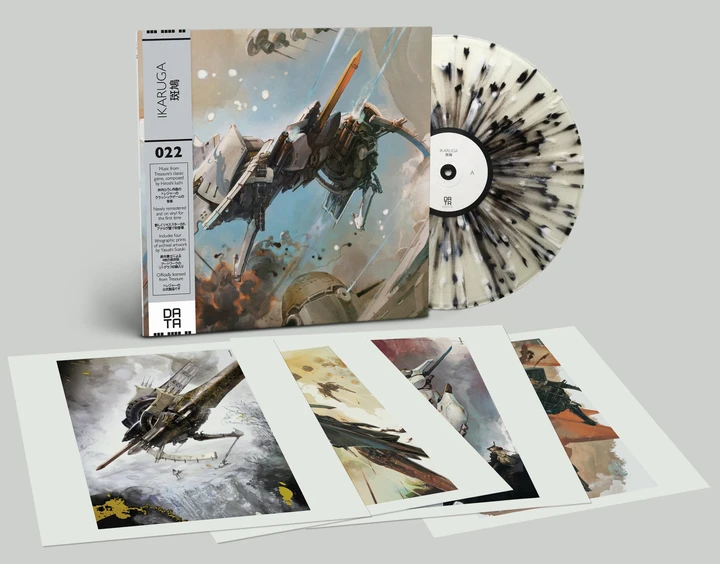 Need a way to spend money on Ikaruga in tyool2020 without putting money in Nicalis' pocket? Data Discs has your back. (In addition to te pictured splatter vinyl, there are also straight black and white vinyl variants, naturally.) 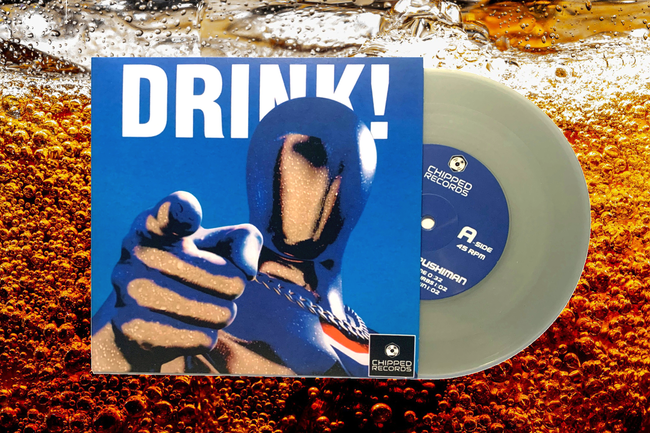 From the store page: "The Chipped Records 7" single release DRINK! - ペプシマン Pepushiman CHIP-01 is a fully licensed product of the 1999 released PS title DRINK! - ペプシマン that covers the use of the said titles music, cover image and title name for one time limited release. The release is approved by the current title license owner 株式会社 MAGES (MAGES. Co. Ltd.) that owns all rights to the DRINK! - ペプシマン title. The release does not have any affiliation with PepsiCo or any of it's partners." Glad that's sorted, then. (1 out of every 16 "Pepushiman" vinyl will be printed in a rare red/blue splatter variant. Why? Who could possibly know.) 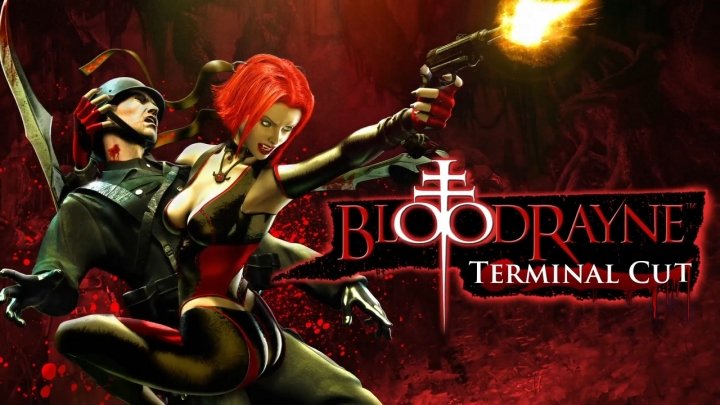 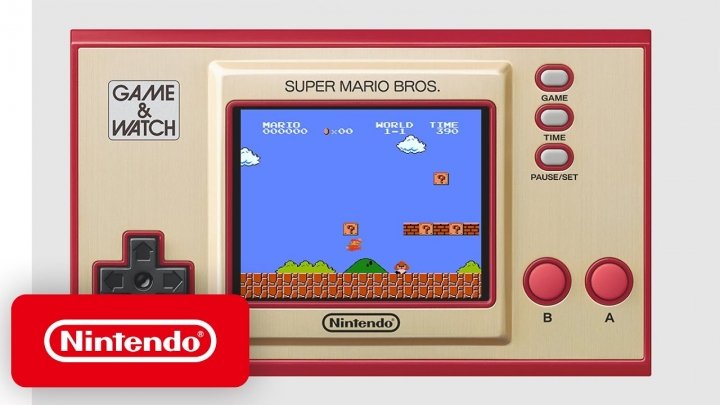 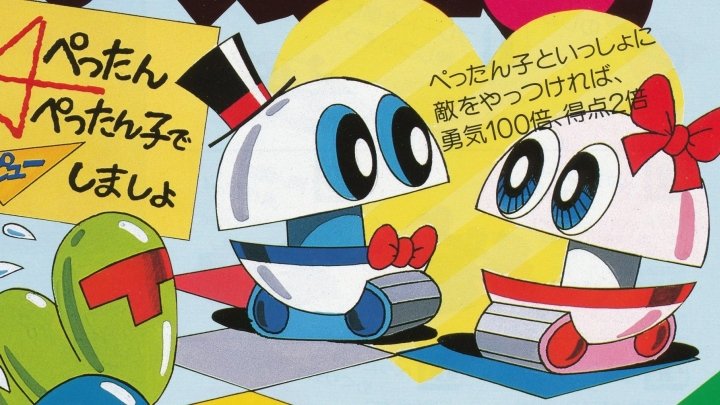 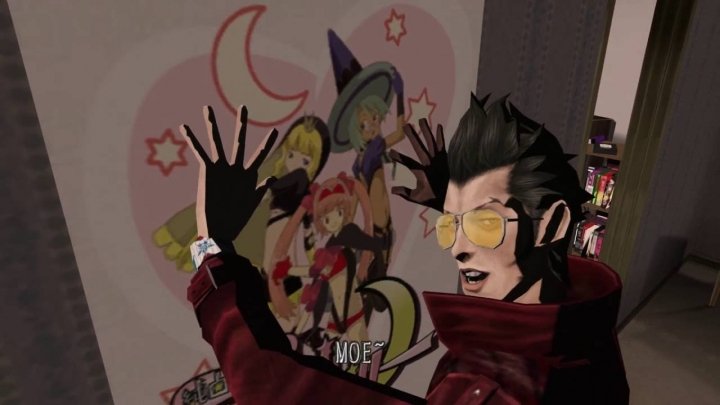