While it's not explicitly game-related, I'd be remiss if I didn't take this moment to acknowledge the shock passing of mangaka Kentaro Miura, author of the internationally acclaimed manga Berzerk and unquestionably one of the most influential dark fantasy authors and illustrators of the modern era, who left us a few weeks ago after suffering an aortic dissection. Whether you realize it or not, his sensibilities directly, indirectly and often blatantly inspired many of the greatest and most storied video games of the last thirty years, and ours is just one medium among many that owes him a tremendous debt. Rest in peace. 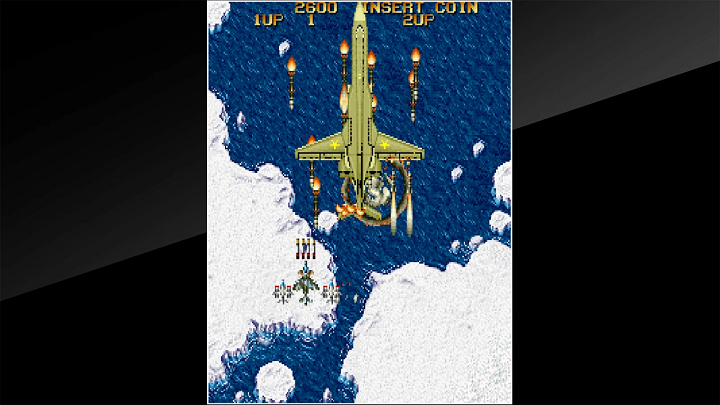 What's this? A military-themed vertically-scrolling shooting game, developed by NMK and distributed by UPL in arcades in 1989, with an arranged conversion produced for Sega Mega Drive by Treco in 1991; players control a Harrier fighter jet and attack enemies with a tried-and-true Xevious-style system of a standard aerial shot and a bomb-style shot for targeting ground-based enemies

Why should I care? You've always liked the look of NMK's super-stoic vertical shooters but were put off by their typically harsh difficulty; this game is, for the most part, pretty relaxed.

Useless fact: What can I tell ya, I got nothin'.

What's this? A conversion of the third entry in Cave's flagship bullet hell arcade shooting game series, originally released for Japanese feature phones in 2005; this versions crams in as many of the game's ship options, enemies, bosses, bullet patterns and music as could possibly fit into a game whose file size is measured in kilobytes.

Why should I care? While it obviously can't hold a candle to the arcade original, this version of DOJ is a genuinely admirable and largely competent attempt to recreate as much of the arcade game as possible within the severe constraints of a circa-2005 phone game, and Cave has many more conversions and original shooting and non-shooting games of similar quality that are bound to be reissued in due time, so this is as good an introduction as any.

Helpful tip: It's listed in the manual, but just in case you're someone who doesn't check manuals: on the title screen, press Left(x2), Down(x4), Left(x4) to unlock the special difficulty mode.

What're these? A cult-classic arcade-action game, the SNES adaptation of Data East's co-op caveman platformer and tarot-themed action-puzzle game, respectively; the more puzzle-y big brother to Natsume's fixed-screen action game, and the first SNES entry in a surprisingly long-running series of slightly-wackier-than-usual baseball games. (On the Japanese side, there's also the Japanese version of Doomsday Warriors, which hit the international NSO some months ago, as well as Fire Emblem: Genealogy of the Holy War, ie FE4.)

Why should I care? The last few times I've had to answer this question, I've asserted that NSO's increasing assortment of oddball, lower-profile games is a great match for NSO's super-casual, low-commitment format and a perfect means by which to reappraise a lot of underappreciated games, but all y'all whining about Earthbound have won me over. Man, fuck all other video games.

Useless fact: NSO has an odd habit of dropping unlocalized Japanese puzzle games on international audiences, but they've gone even further with Magical Drop 2: the version released on NSO looks to be an authentic unreleased SNES localization from back in the day, separate to the recent fan-created localization that has been recently sold on reproduction cartridges and plug-and-play devices.

What's this? The long-delayed version of City Connection's 2019 Switch compilation containing the Famicom entries in Jaleco's flagship, mostly-Japan-exclusive series of comical ninja action games; in addition to the five classic games and additional features like a sound test and an extensive collection of developer documents and archival material, the collection also includes a brand-new retro game in the style of the original, titled JaJaMaru no Yokai Daisakuen, which boasts 4-player local multiplayer, a modern scoring system and a load of unlockable, referential Jaleco-themed characters. (The collectors' edition includes a JaJaMaru-themed sushi dining set, among other things.)

Which games are included? This collection includes six games: the 1985 arcade-action game Ninja JaJaMaru-Kun, the 1986 sidescroller JaJaMaru no Daibouken, the 1989 overhead RPG JaJaMaru: Ninpou Chou, the 1990 overhead action-RPG JaJaMaru Gekimaden and the 1991 action-platformer Ninja JaJaMaru: Ginga Daisakusen, plus a brand-new retro game in the vein of the original called JaJaMaru no Yokai Daisakusen, all in their native Japanese save for the external interface.

Why should I care? City Connection is great at earnestly commemorating games that some might easily ignore, and the classic games themselves are interesting as an example of a series that openly attempted to mimic different games and templates to varying degrees of success. (Ginga Daisakusen, the Mario 3 clone, ain't half bad!) Also of note: Future Club's Jonathan "Persona" Kim drew the title/box art, so it's always nice when a left-field collaboration pays off.

Helpful tip: While there have been small hints that this collection might have been released overseas, that ship seems to have sailed... that said, the new game included in the collection will be released worldwide on Steam at some point in the future as Ninja JaJaMaru: The Great Yokai Battle. 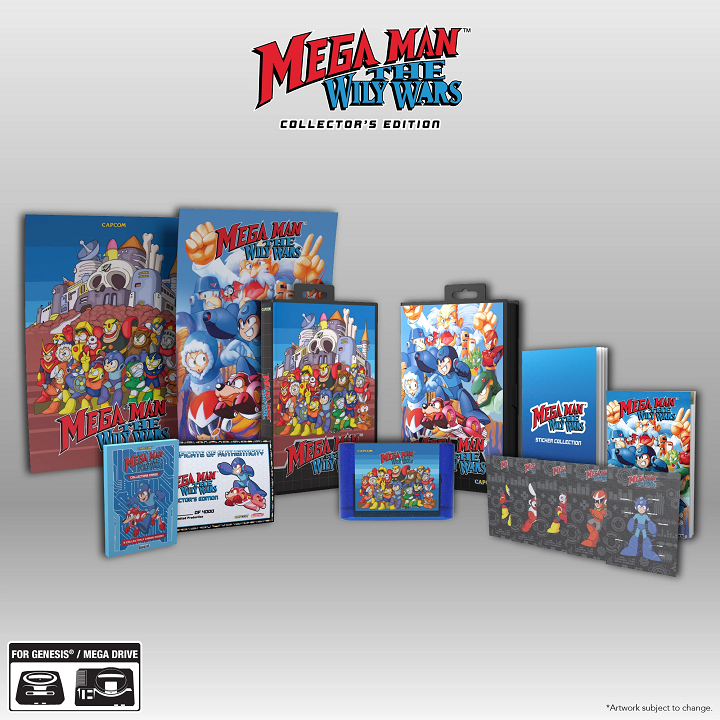 While this three-in-one Mega Man remake compilation did make its way to North American shores via the Sega Channel service and, more recently, the Genesis Mini, this release from Limited Run Games and Retro-Bit constitutes its first-ever North American cartridge release; what's more, it uses the most complete version of the game, unearthed during the production of the Genesis Mini and dated later than any of the previously-dumped and circulated ROMs from decades past, and thus runs slightly better on genuine hardware than the version one might have played back in the day. (Ignore the numbers on the certificate of authenticity: to my knowledge, the image is a holdover from a sale in another region and you don't have to worry about getting a certificate, if that's something that'd keep you up at night.) 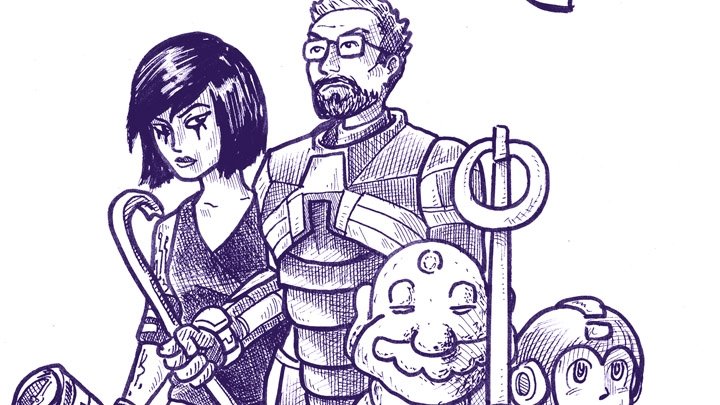