If you'd have told me a year ago that my most-played Xbox game of 2021 would be Otogi 2, I'd never have believed it — not because I'm not the type to want to put an inordinate amount of time into Otogi 2, of course, but because I never would've expected Microsoft to cater to degenerates like myself (and, I suspect, most of you). Ya did good, Phil. 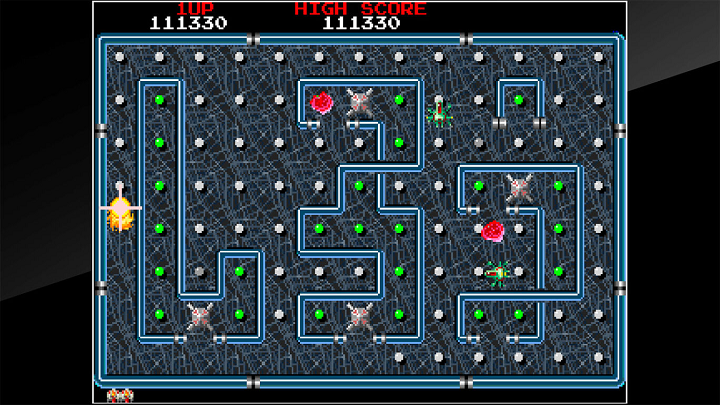 What's this? Taito's attempt at reviving the already-classic dot-eater subgenre established by Head-On and Pac-Man, originally released in arcades in 1988, with a conversion (retitled Yuu Maze) produced for Famicom Disk System and emulated reissues included on various mid-'00s Taito Memories compilations. The player controls heroine Rika Midorikawa on her mission to rescue her kidnapped brother from the confines of a deadly labyrinth; by collecting all the "energy plates" in each screen, the player can travel to new stages via branching routes, with various power-ups, hidden items, boss fights and even voiced demo scenes interspersed throughout.

Why should I care? Raimais clearly didn't do for dot-eaters what Arkanoid did for brick-breakers but it remains an interesting advancement on the formula and one that'll hold specific appeal for those who enjoy the arcane secrets that typify this era of arcade gaming, and it also contains a surprising amount of narrative elements, most notably a handful of somewhat shocking endings that I dare not spoil.

Useless fact: Raimais' third ending was virtually unknown among even the most hardcore players until it was excavated by enthusiastic hackers a few years ago; the unlock conditions were so severe as to be considered virtually impossible, and it was speculated that the ending may not even be legitimately accessible... and, as it turns out, the game was bugged in a manner that made it actually impossible, but that bug is corrected by default in this version.

What's this? A conversion of the third entry in Cave's flagship bullet hell arcade shooting game series, originally released for Japanese feature phones in 2005; this versions crams in as many of the game's ship options, enemies, bosses, bullet patterns and music as could possibly fit into a game whose file size is measured in kilobytes.

Why should I care? While it obviously can't hold a candle to the arcade original, this version of DOJ is a genuinely admirable and largely competent attempt to recreate as much of the arcade game as possible within the severe constraints of a circa-2005 phone game, and Cave has many more conversions and original shooting and non-shooting games of similar quality that are bound to be reissued in due time, so this is as good an introduction as any.

Helpful tip: It's listed in the manual, but just in case you're someone who doesn't check manuals: on the title screen, press Left(x2), Down(x4), Left(x4) to unlock the special difficulty mode. 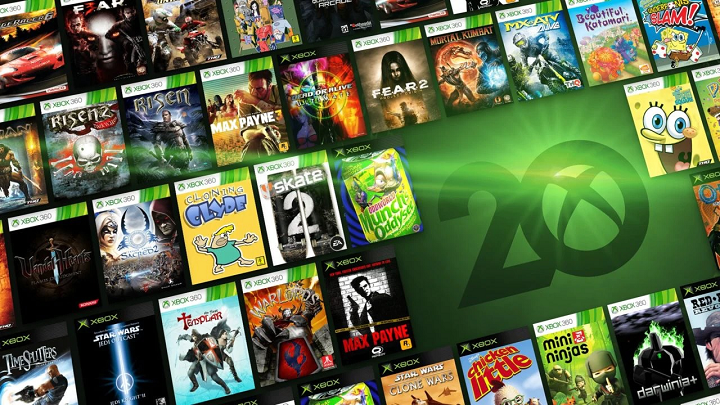 What's this? Just as the headline says, Microsoft's final batch of compatibility updates for select OG Xbox and Xbox 360 games for current Xbox family hardware; for the uninitiated, all of these titles are enhanced with x16 anti-aliasing and overall better performance and stability over the original hardware, with Xbox One X and above also providing resolution boosts, HDR and Dolby Atmos surround sound, with specific other titles also given a FPS boost on Series X/S.

Which games are included? Click here and search NEW for the full list of over 70 games; select highlights include the Max Payne trilogy, Otogi 1 & 2, all four F.E.A.R. games, Dead or Alive Ultimate, 3 & 4, Binary Domain, the 2011 Mortal Kombat game, Gunvalkyrie, Beautiful Katamari, Ridge Racer 6, Manhunt, Nier, Red Dead Revolver, Timesplitters 2 and Future Perfect, Skate 2 and 50 Cent: Blood on the Sand. (Note that not all of these games are available digitally, so you'll need to grab a disc to play some of 'em.) The list of 30+ newly FPS-boosted games can be found here and includes new and previous backwards-compatible titles including all four Gears of War games, Fallout 3 and New Vegas, Binary Domain, Dead Space 2 and 3, Nier, Lightning Returns: Final Fantasy XIII, Darksiders and Sonic Unleashed, Generations and All-Star Racing Transformed.

Why should I care? That's a massive list of extremely varied games, dudes, and one that decidedly does not solely skew towards recognizability, ease of licensing or critical acclaim, so I sincerely doubt there's nothing among that assortment of games that wouldn't interest someone.. I'd also remind people that a great many of these titles have not and quite possibly will not be reissues in any other form, so this is not only a new opportunity to play them with potential enhancements but to just play them at all, save for digging out what might be twenty-year-old, failure-prone hardware.

Useless fact: On the same day that Skate 2 was made backwards-compatible, EA announced they're switching off Skate 2's online servers. Figures.

Why should I care? Every era needed a Bubsy, apparently, and perhaps this is your Bubsy.

Helpful tip: Physical versions of both games went available on Limited Run Games ahead of the actual release, for those who have the confidence to commit to the ports sight-unseen.

What's this? Taito and M2's 2D-centric collection of arcade titles from the venerable aquatic-themed shooting game series Darius, originally released for Nintendo Switch in Japan in 2019 and subsequently released globally for Switch and PS4 the following year; this Steam version features all the same content — on-screen gadgets, save states, button mapping, replay saves, online leaderboards and various display settings — in addition to some PC-exclusive features including extensive ultra-wide and multi-monitor support and subwoofer support for recreating the original arcade cabinets' "body sonic" gimmick.

Which games are included? Darius Cozmic Collection Arcade contains the "old", "new" and "extra" revisions of the original Darius, the two-screen version of Darius II, the overseas remix Sagaia and its extremely rare, possibly-unreleased "ver.2" revision, and Darius Gaiden — all of the 2D arcade games save for the three-screen Darius II, essentially.

Why should I care? Many might have regarded the previous versions of this collection as "Darius Gaiden and a couple other games", but by allowing those with all the extra equipment to reconstitute the sensory assault of the earlier arcade games that was understandably missing from prior home versions, the PC version might help some better appreciate the pre-Gaiden games that, while comparatively simple, have perhaps been unfairly maligned as redundant.

Helpful tip: Among the very extensive multi-monitor settings is the ability to vertically flip any of OG Darius' three screens, so as to allow owners to create their own replica arcade cabinets, complete with authentic half-mirror screen reflection to create one long, seamless display. 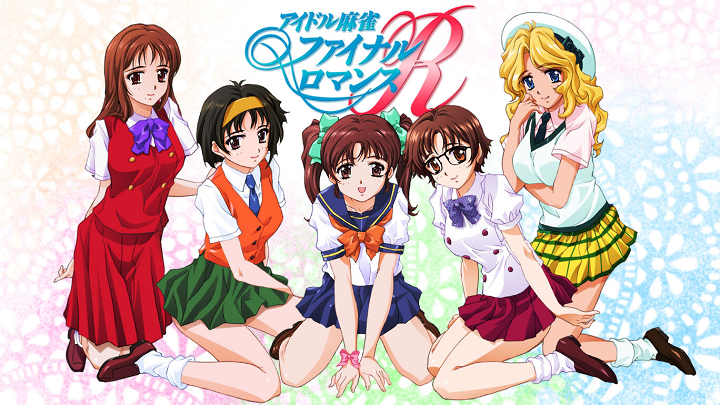 Useless fact: Previous City Connection mahjong reissues have censored the racier scenes using very conspicuous "god rays" that have conspicuously changed size and thickness from port to port and update to update as the publisher attempted to tiptoe riiiight up to the line of what was permissible, but for this release they've gone with strategically-placed emoji-style symbols that are possibly more revealing but equally as silly.

What're these? Remakes of the fourth-generation Pokemon games Diamond and Pearl, originally developed by Game Freak and published by Nintendo for the Nintendo DS in 2006; these remakes, developed by outsourcers ILCA, these remakes reimagine the original games (but not Platinum!) with true 3D graphics but using a familiar overhead perspective and include or reintroduce all of that generation's most distinctive features, including an expanded Underground area that can now be played with others online, the return of Super Contests and recent additions like character customization and the mandatory implementation of experience sharing.

Why should I care? Even the most casual of Pokemon fans has probably noticed, or at least been subject to rants about, the fact that these remakes eschew the established formula of recreating classic games to the visual and systemic standard of the current generation in favor of a visual approach that some might consider cheap or unambitious; I don't have much to say either way about that assertion, but I would like to remind the people of the world that this is the generation that introduced Croagunk, and I don't know that there's anyone on this earth that's capable of diminishing the power of that accomplishment.

Chronically overhyped and ultimately more famous for its advertising than anything else, this physical reissue of Telenet Japan's horizontal space shooter Gaiares is notable for two reasons: one, it means more cartridge reissues from the broader Telenet catalogue are a distinct possibility (El Viento! Earnest Evans! Psycho Dream!), and two, they doubled down on the nostalgia for the cheesy ads by not only including a replica of the original promotional shirt but by including a where-is-he-now interview booklet with publisher Renovation's poster boy, Jamie Bunker. (Retro-Bit is also pledging a donation to the Video Game History Foundation with every purchase.) 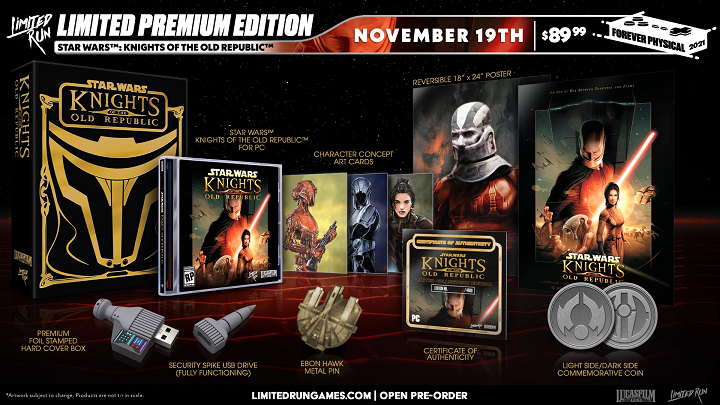 Released just last week on Switch and almost twenty years ago on PC, KOTOR's getting a suite of physical releases from Limited Run Games, which includes plain-jane retail copies for Switch and fancy and even-fancier versions for both Switch and PC which include, among many other trinkets, a physical replica of the in-game card game Pazaak. (For what it's worth, the Switch version isn't quite as buggy as previous Star Wars ports, and by that I mean it's merely the audio that's broken and not anything game-critical, but some changes like the comically large text boxes are apparently a deliberate design decision, so do not expect them to be addressed at any point before these physical copies are printed.)