Yesterday Nintendo pushed two pretty major games for Virtual Console — entries in both the Mario Kart and Castlevania series. Franchises popular enough that you kind of have to take a step back and exclaim, "Wait, how were these not already on VC?" Perhaps the answer lies in a curious coincidence: Both of these games have the questionable distinction of hovering down in the lowest rankings of their respective series.

Now, I wouldn't put either Mario Kart 64 or Castlevania: Dracula X at the absolute bottom of their franchises. Not when Mario Kart Wii exists. And truth be told, there may actually be no real bottom against which to calibrate the worst of the Castlevania franchise. The series has given us some truly legendary classics, but it turns out that making a good, authentic-feeling Castlevania game is a very difficult task which only a few designers have properly grasped through the years; Dracula X sits more in the middle in terms of actual quality than wallowing in the stygian depths of the series' worst entries.

Au contraire. There's actually quite a bit of fun to be had with either of these games, if you can overlook their faults and put yourself in the proper mindset. That being said, it's not too hard to understand why these two tend to be regarded as lesser entries of their beloved series. 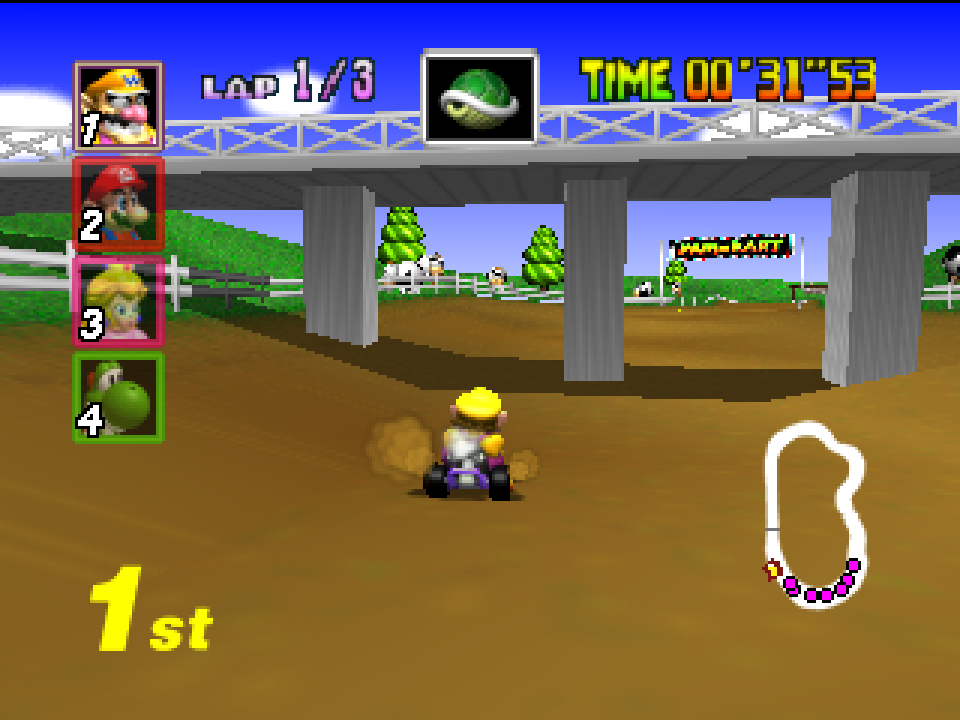 I won't lie, I played a lot of Mario Kart 64 back when it first came out. I was in college, working as editor-in-chief of the university newspaper, and during one particularly grueling period where I struggled to actually leave the newspaper office long enough to go to classes or sleep, Mario Kart 64 kept me and my staff sane. I was pretty impressed by the game's technical leaps over the original Super Mario Kart, which always felt sort of slow and flat to me. After a fairly mundane starter track, MK64 began throwing in bumpy and sloped surfaces. By the time I reached Wario's personal course, which appeared to be a muddy, turbulent BMX track that the kart krew had dickishly taken over to ruin with their weighty racers, I was sold. I mastered every track at every speed, and then I raced for the gold on the reverse tracks.

(And once that was done, I sold Mario Kart and my N64 in exchange for a PlayStation, though that wasn't an issue with the game but rather with the fact that it was the last N64 release I could see ahead for the rest of 1997 that looked particularly interesting to me.)

As much time as I spent with Mario Kart 64, I have a hard time getting back into it these days. The tracks, which seemed so exciting and lively 20 years ago, now stretch on too long and overstay their welcome. Rainbow Road is the worst offender by far, but frankly more courses drag on than not. And of course, there's the infamous rubberband A.I., a long-running Mario Kart issue that's never gone away but was very nearly at its absolute worst here. (The absolute worst was, of course, in Mario Kart Wii.) Between its relatively meager selection of racers, lack of kart kustomization, bloated tracks, and cheap CPU tactics, Mario Kart 64 feels like... well, it feels like a lot of games from this era: An awkward first step into 3D that would be overshadowed by subsequent works created by more practiced and confident hands once the training wheels were off. 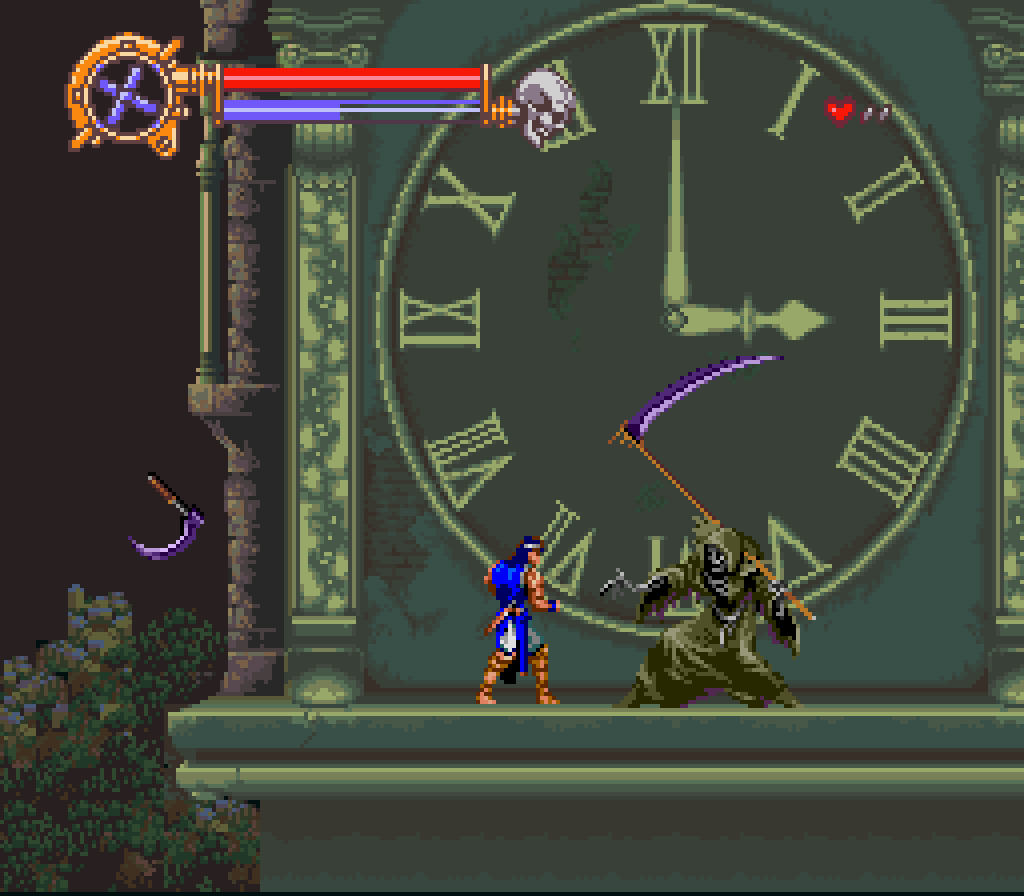 Dracula X for Super NES has taken flak from the very beginning because of what it's not: Namely, it's not Dracula X: Rondo of Blood for PC Engine CD-ROM. I remember magazine articles at the time of its debut (I think EGM, maybe, and almost definitely Game Fan) ripping Dracula X a new one because it wasn't the "same" as the original. I wouldn't discover import gaming for another couple of years — I had my PlayStation modded to play the Japanese release of this game's sequel, as it would happen — so I had no idea what they were talking about.

But I still found myself disappointed by what Dracula X wasn't: Namely, a proper follow-up to Super Castlevania IV. History has proven Castlevania's first 16-bit outing to be little more than an aberration, a creative hiccup in the timestream, but the game had a huge impact on me and I sincerely expected it to be the model for future entries in the Castlevania franchise. So after waiting four years for a follow-up, only to get a game that felt like a throwback to NES-era design, I was bummed.

Neither of these criticisms are, to my mind, entirely fair. It would take more than a decade for Rondo of Blood to come to the U.S., so I can certainly understand the irritation that this mutant variant caused among avid importers, but realistically I don't think a Super NES cart had the space to handle all the crazy stuff that makes Rondo so amazing. No, the best reason to find Dracula X frustrating is that it is in fact a deeply frustrating game, as I discovered live on the air earlier this year when I made my first serious attempt at playing through it (rather than sort of farting around with it as I'd done over the past god-knows-how-many years).

There's some real jerk-league stuff in here, with tons of enemies whose placement, patterns, or speed exceed what the player's controls are equipped to handle without absolute memorization. This, in my opinion, violates a fundamental principle of classic-style Castlevania, which demands that the game world and its hazards be crafted around the protagonist's limitations — pushing the limits, but never breaking them. When Classicvania violates this rule, as with the falling-block climb in the Alucard route of Dracula's Curse, it does so at its own peril. Dracula X does this constantly as a matter of routine. And that is why it's not a particularly great Castlevania entry. Wonderful music, though.

So here I am, rounding out the year by using Retronauts to complain about Virtual Console. No matter how dark 2016 seemed, I hope you can take comfort in the fact that some things will never change.