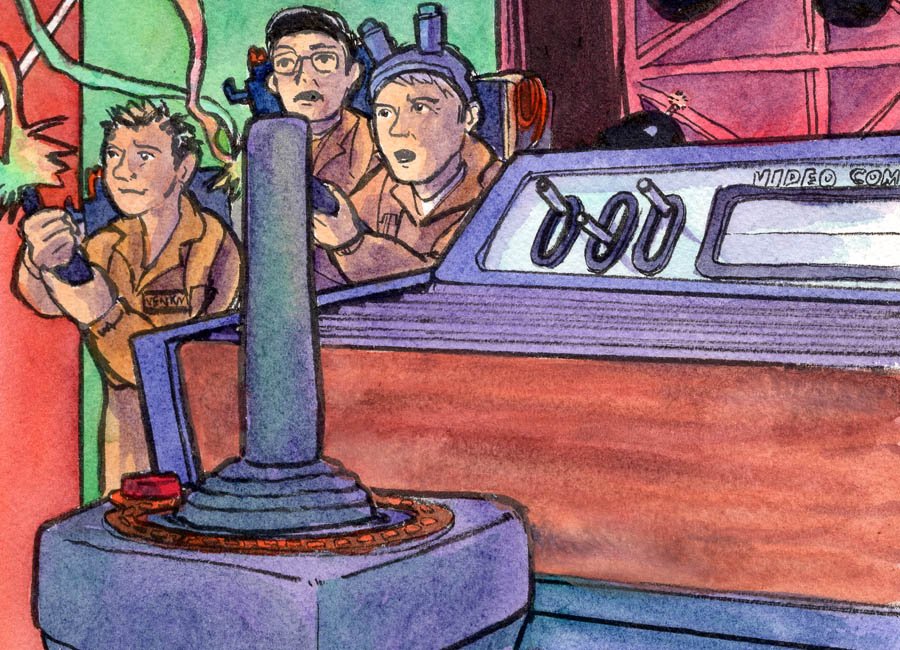 Hi everyone, I've landed in Tokyo and settled in for the night after being awake for about 26 hours straight. Please forgive me if I keep this entry short and to the point, because at this point I'm not entirely certainly I'm not hallucinating everything.

This week's episode looks back to 1979 and the birth of Activision, a company that had a profound impact on the business of video games. Without Activision, the industry would look very, very different. A perfect storm of great timing, strong financial backing, and top-flight programming and game design came together in the form of this company to prove that third-party publishing could be a viable and valuable video game business model. Steve Lin and Jaz Rignall join us to chronicle the circumstances that led to Activision's creation, the games they produced, and the great successes they had until their business model began to fizzle... which is to say, this show covers Activision until it became Mediagenic. (For more on that, I highly recommend the Activision/Infocom/Mediagenic retrospectives at The Digitial Antiquarian — they were enormously valuable as we planned this podcast!)

Steve Lin and Jaz Rignall join Jeremy and Bob again to look back at one of the most important game creators of all time: Activision, the company that established the concept of third parties.

As for musical interludes this time... well, there wasn't really much I could pull in terms of music from Activision's Atari 2600 era. Instead, I looked to the late ’80s for some tasty FM synth tunes. This episode's music selections come from Shanghai, Shanghai II: The Dragon's Eye, and Ghostbusters for Genesis. Enjoy!