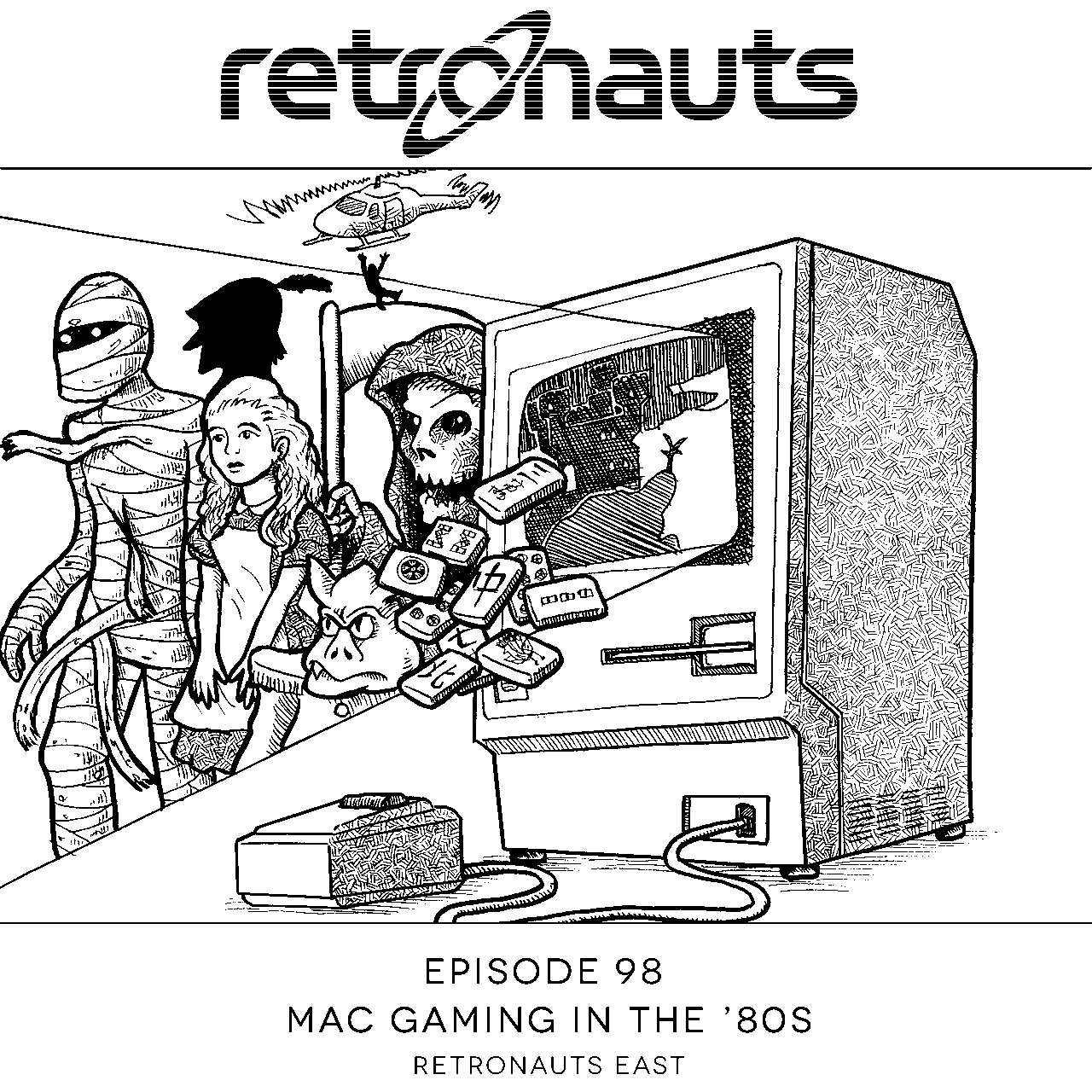 The very first episode of Retronauts East explored the PC gaming side of things with a look at the platform that kicked off computer games in earnest: The Apple II. This week, Ben and Benj and I have reconvened for a follow-up. That's right, we're talking about the next major Apple gaming platform, the Mac.

Although most people think of Mac gaming as a contradiction in terms, there were enough unique games — and enough games that introduced revolutionary play concepts — that we had to break this study of the Mac platform into two halves! This time around, we spend nearly two hours examining Mac games of the ’80s; at some point in the future, we'll hit the ’90s. And there really is a critical and meaning distinction between the two. Up until the launch of System 7 in 1991, almost all Mac games were designed to be compatible with the basic Mac platform: High-resolution (for the time) black-and-white screens. Color was a nicety, and usually not even an option, throughout the ’80s. The arrival of universal color systems and CD-ROM systems would bring massive change to the Mac in its second decade of existence. This episode, however, centers entirely on the unique gaming ecosystem that existed on Mac from 1984-1990.

Episode description: Retronauts East's journey through the history of Apple-based gaming continues with an in-depth look at the unique world of monochrome Mac gaming. Ben Elgin, Benj Edwards, and Jeremy Parish discuss the miracle of the mouse and the hotness of HyperCard.

Notes on music: There wasn't really any music to speak of in the Mac games we covered this time around, so I jumped ahead to the ’90s and pulled some incidental tunes from one of the future works we mentioned a couple of times in passing: Myst. And for the cover art, I decided to eschew my usual watercolors because, well, Mac was monochrome — and not just monochrome, but one-bit black-and-white. I managed to hit most of the big games we discussed this episode: Alice Through the Looking Glass, Scarab of Ra, Stunt Copter, Shadowgate, Shufflepuck Cafe, Shanghai, and even Dark Castle.

Supplemental links: I want to throw out links to two works worth checking out for further reading. First is The Digital Antiquarian's retrospective on Cliff Johnson's The Fool's Errand, which covers the game with depth we couldn't even begin to approach in podcast first. Second, I highly recommend Revolution in the Valley by Andy Herzfield, a fascinating first-person account of the creation of the Macintosh. I'd really hoped to re-read the book to refresh my memory on some of the finer points of the system's birth before the show, but I ended up sinking all my time into exploring the games themselves... which are the more important consideration for this particular podcast, yeah?

Finally, big thanks to Benj for his wonderfully ridiculous mailbag theme. I thought he was joking, but nope...