Japan-based Columbus Circle is mostly a seller of clone consoles and accessories for ancient hardware, but their greatest claim to keeping gaming's history alive is the trio of brand-new Famicom games they've released over the last year. Yesterday, they announced their intention to continue on this track by publishing NCS's Kaizō Chōjin Shubibinman Zero (sometimes spelled Schbibinman Zero). But unlike 8Bit Music Power and its ilk, this isn't an all-new game: NCS, under their Masaya brand, originally released it for the Super Famicom in 1997. But it's not a reproduction of the game's initial print run, either. In fact, Shubibinman Zero has never had a physical release at all until now, originally debuting as a download title for Nintendo's Satellaview service.

If you're reading this, your knowledge of the Satellaview is probably passing at best; it did, after all, comprise a lot of moving parts and never see release outside Japan. The heart of it was a Super Famicom peripheral supported from 1995 to 2000 in a joint venture between Nintendo and radio company St.GIGA. St.GIGA would broadcast data for games and even digital magazines from their satellite servers, which the Satellaview unit would then download into a Memory Pack slotted into a custom Super Famicom cartridge, not unlike the Super Game Boy. The distribution model was comparable to Sega's Sega Channel and also recalled the Disk Writer kiosks Nintendo had previously placed in stores throughout Japan, where players could download Famicom Disk System games to rewritable media. But the crucial difference with the Satellaview was that you could pull games out of thin air from the comfort of your own home... Just imagine! 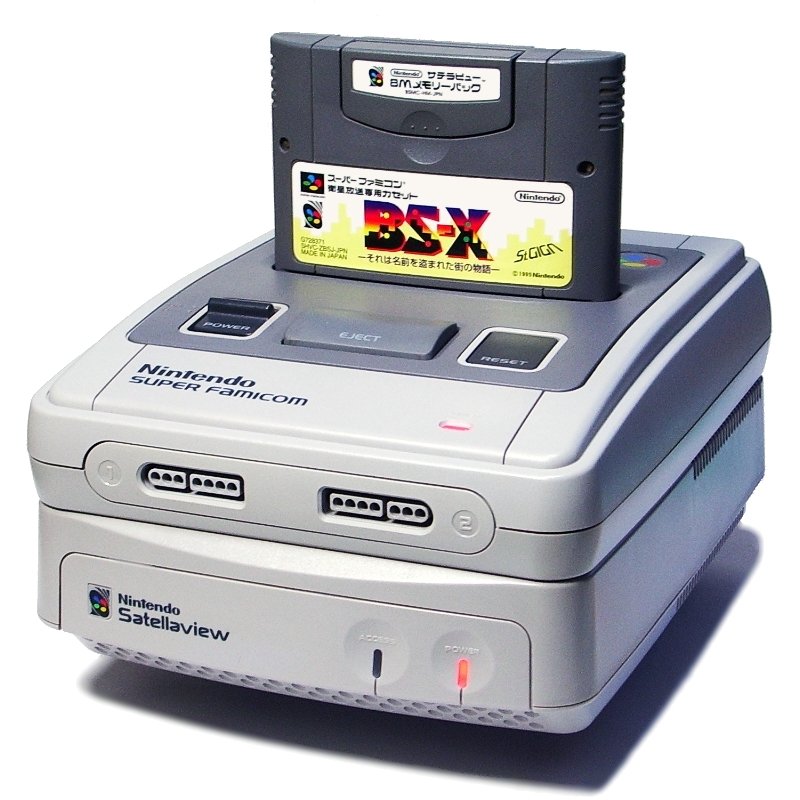 Some Satellaview games were designed around a concept called SoundLink, where a game could only be played during a specific time slot each week, throughout which it would be accompanied by music and voice acting streamed live over satellite radio. The logistics of this made for a bit of a disjointed experience, with the player's time limited by the length of the performance, but it was a fascinating experiment in relating the medium of games to the shared experience of tuning in to a weekly TV show.

In addition to the main Satellaview interface cartridge, some Satellaview-compatible games were released as slotted cartridges unto themselves, using the Memory Pack to download additional content such as new stages and modes. Nintendo is known for staying behind the curve technologically, but here they were doing DLC in 1995!

As you might begin to suspect, though, all these extra features have since made the Satellaview a game preservationist's nightmare. All the modern anxieties surrounding the lifespan of digital games locked down to proprietary systems have already come to pass here, and then some. Many games survive in emulation thanks to their ROMs being dumped, but this still leaves out the content that was never in the ROM in the first place. More ephemeral aspects of the experience, such as the broadcast music and voice acting, only endure if someone in Japan thought to make a VHS recording back in the '90s. 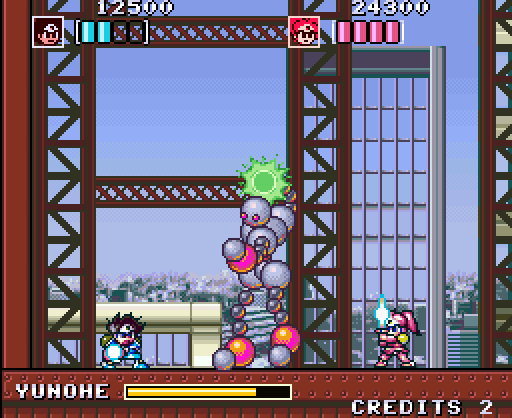 Shubibinman Zero, for better or worse, didn't explore the Satellaview's more esoteric possibilities. But like many downloadable games, it did come built-in with a limited number of uses, similar to demos on Wii U and 3DS. Once these games were booted up a certain number of times, they would be rendered inoperable until the player re-downloaded them, and Shubibinman Zero was only available in four scattered months between 1997 and '98. After that, any Memory Pack loaded with it had its days numbered, effectively making emulation the only sound solution...until now.

As for the game itself? It's a two-player co-op beat-'em-up platformer, the culmination of a series that steadily evolved from the late '80s through the mid-'90s. (The second game was localized as Shockman for the TurboGrafx-16.) It's a bit tonally ambiguous, never quite deciding if it's a parody of the outlandish costumes and plots of the tokusatsu genre (even the title is a joke: Chōjin sounds like the Japanese word for "superhuman" but is written with the kanji for feudal Japan's merchant class) or merely a cute but straightforward example of it. But the confusion seems to be part of the joke to some extent, as the cutesy aesthetic occasionally gets juxtaposed with the kind of gruesome visuals found in more hardcore NCS games like Gynoug. Zero, for its part, tends toward the more lighthearted side.

Shubibinman Zero bears a copyright date of 1994 on its title screen, implying it was initially slated for a cartridge release before getting cancelled and resurrected years later for a limited run on Satellaview. No one could ever have guessed it would circle back to its original format after so many years, but that's precisely the miracle Columbus Circle is working here. Come June 30, anyone will be able to own an official hard copy with its own cartridge, box, and all. Even if it's unlikely to change anyone's life, it's nice to know it's finally come home—no strings attached. 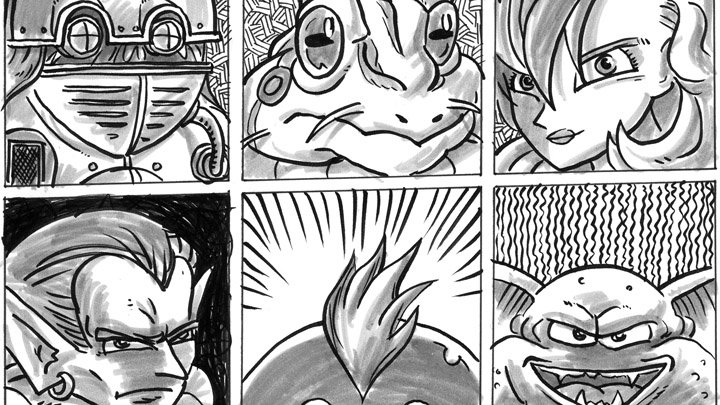 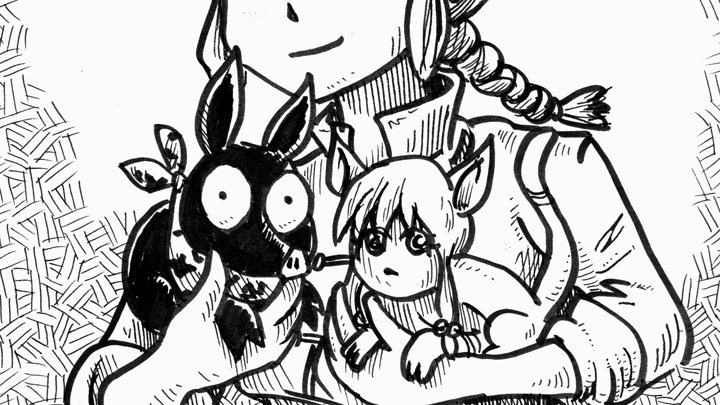