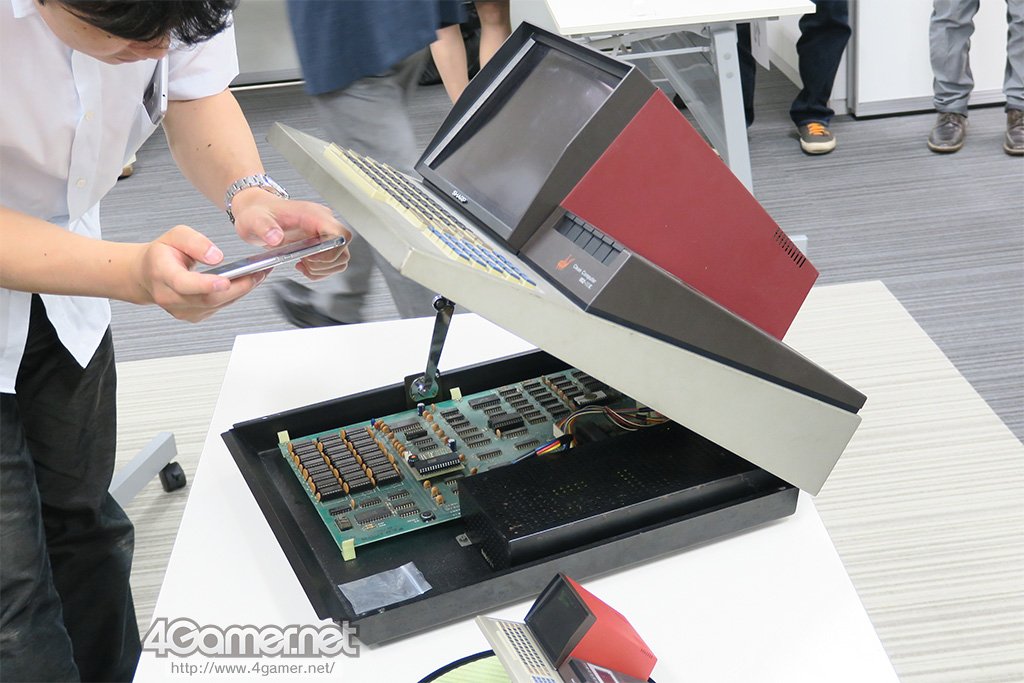 Sharp's MZ series was among the very first personal computers released in Japan. Launching in 1978, Sharp largely patterned it after Commodore's PET 2001, one of the first personal computers period. Just like the PET, the MZ series was an all-in-one package, with an integrated monitor, keyboard, and tape-based data recorder. Also like the PET, it required you to lift the entire chassis away from the base if you wanted to inspect the motherboard; pivoting on rear hinges, the main body would then stay propped up by a rod, as if you were looking under the hood of a car. You could compare it to the Famicom's cartridge eject switch, lending a pleasantly toy-like aspect to the experience...just, you know, made of sheet metal and a heavy cathode ray tube.

In what was then a nascent industry, Sharp had to outsource programming for the MZ ROM, and they feared that any bugs that arose during the process could catastrophically impact system functionality—and their fortunes with it. This led to the MZ design's most drastic departure from the PET model: The system software was limited to only the most basic functions—basically getting the monitor to display—and included no inherent operating system. Instead, MZ computers had to load an entire OS into RAM via a cassette placed in their tape drive. Sharp did provide a proprietary framework called S-BASIC, but separating it out like this meant several minutes of loading just to get started every time you powered on your machine. Perhaps it was Sharp's saving grace that their tape drives proved faster and more reliable than the competition, so at least the long waits weren't interrupted by loading errors.

Sharp advertised MZs as "clean computers" in an attempt to sell their peculiarity as a feature, but the marketing spin actually came true thanks to one unanticipated factor: the homebrew scene. The fact that the MZ series relied entirely on removable media meant any up-and-coming software house could circulate tapes bearing interpreters for their own programming languages, a practice that became a cornerstone of the community. If there were a single stand-out, it would be Hudson's Hu-BASIC, which offered parity with Microsoft BASIC at the time. Hu-BASIC became so popular that Sharp adopted it as their standard when they rolled out the next-generation X1 series in 1982.

Parenthetically, this burgeoning relationship with Sharp may be what gave Hudson an in with Nintendo. (Sharp was the alma mater of Masayuki Uemura, the Famicom's chief architect, and they would go on to release their own Famicom variants.) 1984 saw Hudson begin to convert games like Mario Bros. to computers, become the Famicom's first third-party developer, and provide Hu-BASIC as the template for Family BASIC, a cartridge-based interpreter for coding on the Famicom. This in turn gave Hudson their start in the console sphere, where they became an industry leader—not a bad payoff for one little cassette tape.

Game development for the MZ series itself didn't really take off until 1982, when the MZ-700 line introduced displays with more than two colors. Even then, graphics remained strictly character-based, consisting of only the primitive angles and shapes. The results weren't gorgeous, but it's impressive that developers were able to produce representational art at all considering what they had to work with. Some third parties created peripherals that could add to the available characters using a programmable character generator, or PCG; this could dramatically improve a game's visuals, but few actually took advantage of it. It's just as well, as the MZ-700's pitiful capabilities are remembered now as part of its charm, and there are even art programs dedicated to drawing with its incredibly limited tool set. Like the proud tradition of ASCII art, its outdated aesthetic lives on thanks to artists willing to brave its challenges for the unique results. 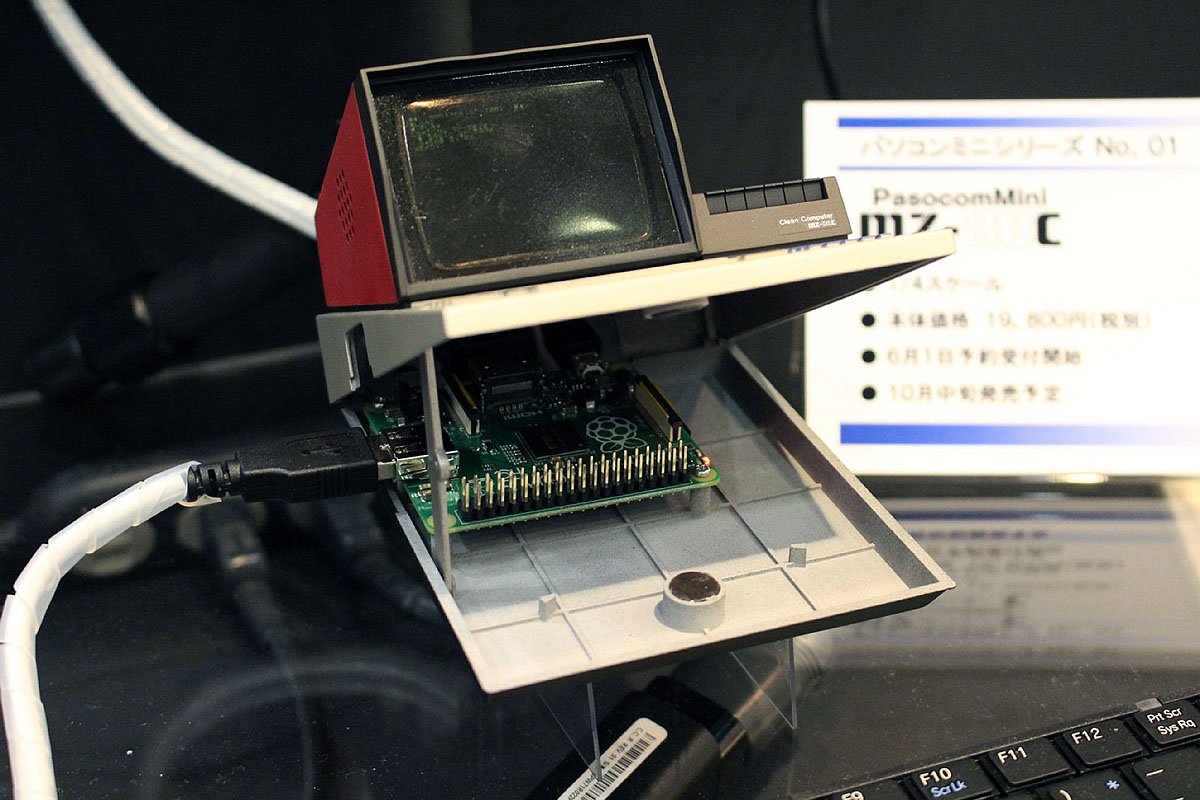 Even HAL, the creators of Kirby and BOXBOY!, are still showing love for the MZ series. They were there in its heyday, creating one of the aforementioned PCG units for the MZ-700, and at this year's Shizuoka Hobby Show, they revealed the PasocomMini MZ-80C, a one-fourth scale model of an MZ-80C computer. Clearly inspired by Nintendo's NES Classic Edition (not to mention the Nintendo Classic Mini: Family Computer), the PasocomMini fits in the palm of your hand, but HAL is picking up Nintendo's slack when it comes to the details. Those who were disappointed that the NES Classic Edition's cartridge door was just for show may be comforted to learn the replica MZ-80C's tape deck can be opened and inserted with cassettes, the monitor can be swapped out with a variety of displays, and the casing can still be lifted to reveal the motherboard: in this case, a Raspberry Pi A+. The PasocomMini comes installed with an emulator of HAL's own design, capable of playing a number of pre-loaded games as well as the same type-in programs printed in old computer magazines of the day. You can also program on it yourself using SmileBASIC, a modern version of BASIC originally developed by SmileBoom for coding on the Nintendo 3DS. Everything's handled via HDMI and USB, of course: The tapes are just for fun.

Although it doesn't boast many notable games, Sharp's MZ series remains an interesting case. Like all things, its imperfections have become its most memorable features in retrospect, but even in its own time, it was defined by peculiarities that became recontextualized as defining strengths by the community that grew up around it. While it came too early to catch the mid-'80s PC development boom, it laid the groundwork that made it possible—and kicked off Hudson's rise to prominence, indirectly bringing the world Bomberman, Star Soldier, and the PC Engine itself. And nearly forty years on, the tribute it continues to receive proves it deserves more than a footnote in the history of gaming. 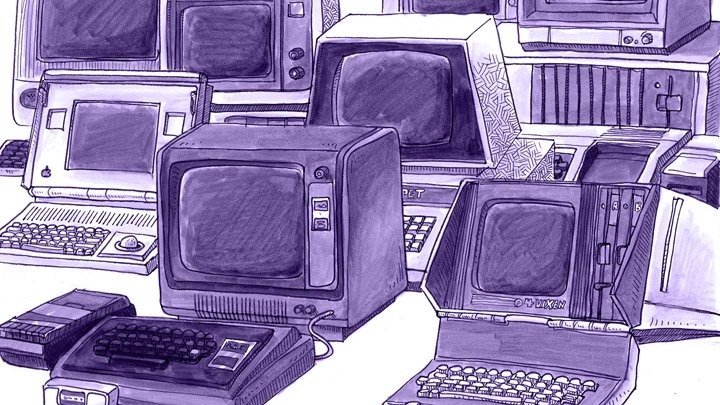 Micro 84: The conundrum of curating a classic computer collection 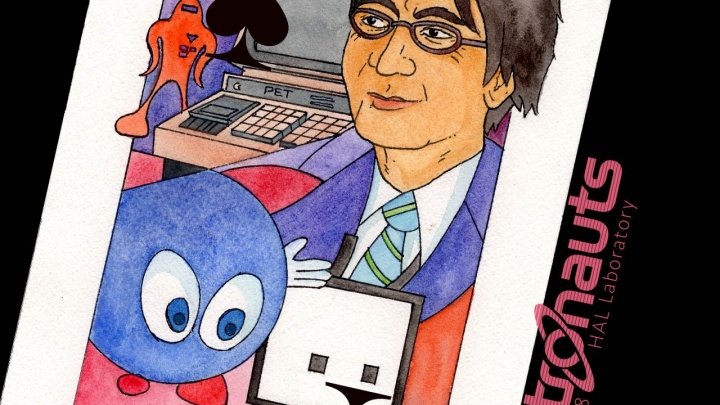