Let's all go off to an orphanage in FFVIII 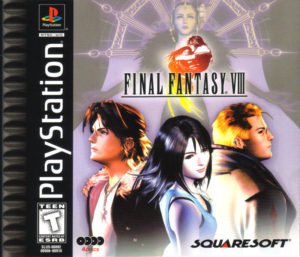 It's Monday, which means that it's time for another Kim Justice video to come roaring down the pipe -- more specifically, the 2nd part of my somewhat lengthy Final Fantasy VIII review. It's 45 minutes long so not quite as lengthy as the last, but still a pretty decent chunk of video to fit into your day. The part covers *most* of Disc 2 story-wise, right up to one of the game's biggest and most infamous plot twists. I'm sure that said twist will be heavily spoiled in the comments section, but for the benefits of those like me who are/were largely blind with regards to the game's story and had no idea what was going to happen when they were playing, I won't do it in the article.

It's not exactly a liked twist, mind you -- which makes me contemplate how much of an effect it's had on people's opinions of the game. Since releasing the first part of my FFVIII video series last Monday, the debate has been white hot -- I knew the game was a divisive one and even said so in the video but my word, the clashes that this game can inspire...you simply have to mention the name "FFVIII!" in some quarters, and its an immediate pagga starter. A lot of the debate's been fun! A good twist can inspire lots of debate as well, of course -- but a bad one can be the big thing that sticks out in people's minds, convincing them not to take anything else in the game seriously. My stance on FFVIII's big twist is kind of mixed, although for the sake of moving the plot forward most of the analysis of where it seriously goes wrong is coming in the 3rd video.

There's a lot more to the video than just a twist, however -- there's a run through the plot of the 2nd disc, more quality flashback time with Laguna, a look at the best character in the whole game who isn't named Squall -- as well as a more thorough look at our main protag -- and some thoughts on the quality of Final Fantasy VIII's dungeons and gameplay as we get to the game's halfway point. Hopefully the video will continue to inspire pages of chat about this really quite strange little RPG -- and if you ever think at any point that the game's events are getting a little bit over the top? Chances are you probably haven't seen anything yet.