You want more Fire Pro? How about a video review?

Fire Pro is something that has been covered a fair bit on this website in the past couple of weeks, what with a review and an interview with the producer of Fire Pro Wrestling World, Tomoyuki Matsumoto. So there's no good reason not to add some more! And so, today's Kim Justice video is a review of the aforementioned Fire Pro Wrestling World...however I couldn't do just that, and so a good half of the video is dedicated to a brief history of Fire Pro as a series.

I do confess that it is hard for me to be strictly objective about Fire Pro -- it is a series that I love and have devoted a whole lot of time to, even if it is certainly something of a niche production. However, the series certainly has its own interesting history, dating all the way back to the creation of Pro Wrestling on the NES, which is probably much better known than all of the other Fire Pro series put together. There's also the significant involvement of figures such as Goichi Suda, the man responsible for the quite remarkable storyline in Super Fire Pro Wrestling Special, as well as the series general fortunes in the west as a small title that's only been seen outside of Japan a couple of times.

However, the most interesting thing about doing this video for me was comparing the success of Fire Pro to the success of Japanese wrestling during the same period. Indeed, back in the early-mid '90s I'm not sure if there was another place on earth where wrestling was quite as hot as it was in Japan -- only Mexico would compare. It cannot be overestimated how huge names such as Mitsuharu Misawa were, or the reverence in which the Japanese public held a figure such as Giant Baba, AJPW's head at the time and a legendary wrestler in his own right. Wrestling was big all over Japan in all forms, from Joshi puroresu to shoot-style to junior heavyweights, and Fire Pro's success was down to that.

Equally, so was its downfall, and indeed the downfall of Japanese wrestling games in general. One thing that I perhaps should have gone into more as a contributing factor to this was the global financial crisis of 2008 -- this had a huge effect on wrestling in Japan. Most significantly, the Japanese network NTV cancelled their wrestling programming in 2008 -- NTV had shown wrestling for over 50 years, back when a North Korean by the name of Rikidozan became one of Japan's greatest icons by fighting American gaijins such as Lou Thesz in those post-war years...and then, thanks to the recession, it was gone. While the decline for companies such as NOAH had started before then, this was a critical hit -- it left those companies essentially unable to create any kind of new star that would be able to carry the company and take the torch from someone like Misawa...the consequences for this would ultimately be tragic.

The recession also dealt a huge blow to the level of game production where wrestling games often resided -- essentially the middle level between the triple A games and mobile or indie titles. With wrestling itself being so down back in the late '00s, there was no possible way in which a wrestling game could be profitable. Even though Yuke's, makers of the WWE games, actually owned New Japan Pro Wrestling from 2005 to 2012, they did not make any Japanese-centric wrestling game after 2007's Wrestle Kingdom 2...times were rough. Happily the situation has improved somewhat, at least to the point where we get to see something like Fire Pro Wrestling World -- and even if we don't end up seeing anything more out of the series (Matsumoto has said there are no plans for a sequel), it's a great way to bow out on. A final excalamation point, and one last CRITICAL. Even in early access, it's something you ought to play if you have any interest in wrestling. Hopefully you enjoy the video! 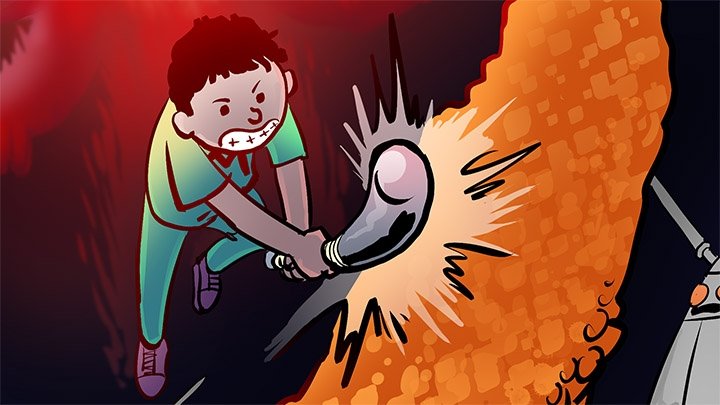