As we mentioned on this week's podcast, Yoshi's Island has been missing in action for the past two decades. It's been the one classic Mario game Nintendo has never put onto Virtual Console. True, they remade the game for Game Boy Advance and have distributed that version pretty liberally. But in point of fact, the GBA version of Yoshi's Island offers a pretty good clue as to the original's ongoing absence: The Super NES game featured some crazy hardware-powered special effects that the GBA simply couldn't pull off... and which presumably were too demanding for Virtual Console as well.

In Stage 1-7, Yoshi encounters tiny floating puffballs whose touch inflicts a hallucinogenic effect. As the stage title says, touch Fuzzy, get dizzy. Making contact with a Fuzzy causes Yoshi to, as the saying goes, start trippin' balls. The entire level begins to warp and distort, and the buckling ground makes Yoshi wobble back and forth and causes platforming to become incredibly difficult. It's one of the game's most memorable moments, a wild effect that shouldn't seem possible on Super NES hardware, and I was eager to see it in action on the Super NES Classic Edition.

As it turns out, the mini-console handles the effect pretty well:

All's not perfect, though. The effect does demonstrate one difference here from the original game. While the screen distortion is recreated in fine fashion, the effect you see at the moment of contact with a Fuzzy has changed. On Super NES, the game flashes a quick single-frame burst of white light with a mosiac Mode 7 effect. Now, you instead see a blank background with a thin Mode 7 overlay for a split-second before the distortion begins.

So, did Nintendo screw up? Did they foul the emulation through sheer incompetence? I'm guess the answer is no. This change appears consistent with the company's ongoing efforts to remove any sort of high-contrast flashing effects from their older games. Several games on the Classic NES Edition mini-console had their own flashing effects removed (most jarringly the finale of The Legend of Zelda, which has a sort of washed-out lighting effect now instead of rapidly strobing through multiple colors), and we've seen old Nintendo games lose their screen flashes in other reissues as well. Ever since that episode of the Pokémon anime caused several children to become ill, nearly 20 years ago, Nintendo has taken great pains to soften or remove stroboscopic effects from their games.

In this case, the quick change to the background looks an awful lot like when you remove a Super NES graphical layer from an emulator. My hunch is that Nintendo simply programmed the console to remove the Mode 7 layer when it flashes, which removes the offending flash but also shows the game's visual skeleton for a brief moment. It's not ideal, but it's also not unexpected, and there's no chance that crying out against Nintendo's editing practices will cause them to leave these games unexpurgated. Aside from this one offending effect, though, the game looks pretty much perfect to me (although the mini-console's CRT filter overlay doesn't render well on YouTube). So unless you're really upset by Nintendo's desire to make their games friendlier to people with dangerous sensitivity to strobing lights, this still seems like the best way to play Yoshi's Island. 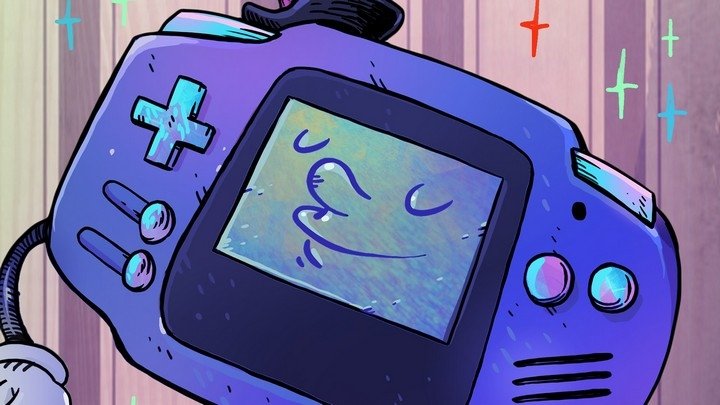