At the start of the 1980's, the BBC, as a part of their remit not just to entertain but to educate the country, set out on what would become known as the Computer Literacy Project, producing a whole host of TV programmes that were all about helping you, Mr. Terry Chestwick, a 46-year old Middle Manager from Telford who's just bought himself one of these new-fangled micro thingies and has absolutely no bloody clue what to do with it, get the most out of your computer. The programmes may be quite old now, but there is still something endearing about them -- especially for fans of old TV. And now, the BBC have dumped the whole lot onto the Internet in glorious Master Tape quality for everyone to pore over! You can have a look at the archive right here.

There were several series in the Computer Literacy Project -- all starting from 1982's The Computer Programme, and really kicking into stride thanks to a couple of live specials of Making The Most Of Your Micro from 1983. The pinnacle of the entire strand however, was Micro Live which ran for 3 series from 1984 to 1987, and turned the charming, school teacher-esque likes of Fred Harris and Ian McNaught-Davis into household names. The Literacy Project did at first have something of a narrow view thanks to the main focus being the BBC's own microcomputer -- the BBC Micro, an Acorn computer that the Beeb saw fit to give its name to, but soon enough other machines like the ZX Spectrum, Commodore 64 and ultimately the Amiga joined the party.

How to best sum up the appeal of these shows? As Americans, you may well have a familiarity with The Computer Chronicles -- the legendary and long-running PBS show hosted by Stewart Cheifet and the late Gary Kildall which would sum up the latest news in the world of computers, while also featuring in-depth looks at various topics...Micro Live is, in many ways, somewhat similar -- there's a more educational vibe, particularly early on with various guides on fun little things you can do with code, but plenty of updates on the latest incidents in the industry, and interviews witth the lions and creators of the day. As well as little idiosyncracies such as the reference to phonebooks which you might have caught up there in the standfirst -- back in the 1980's, it was common place to describe storage capacity in terms of phonebooks! For example, a floppy disc could possibly hold 20 pages of a phonebook -- to what end I do not know, but imagine all those numbers in one place! Who knows, maybe someday someone will be able to build something that could hold an ENTIRE phonebook...I wouldn't hold your breath, mind you.

Now, it does have to be said that the Computer Literacy Project was always out of touch in one area -- that being computer games. Games weren't often covered on the program, and often when they were covered they were all but dismissed as mere frivolities compared to serious software...even if, as early as 1985, one look around would tell you that the main reason micros were flying off the shelves was because of all those games that just so happened to be on them. However, these old programmes remain a fascinating archive, as they document an entire era -- everything from the early popularity and glory days of the micros, to more serious documentary series like Electric Avenue which found the computers in a transitional period in which micros were making way for the Personal Computer en masse. If you can get past the oh so pleasant Britishness of it all, then it's an incredible document of an exciting era. 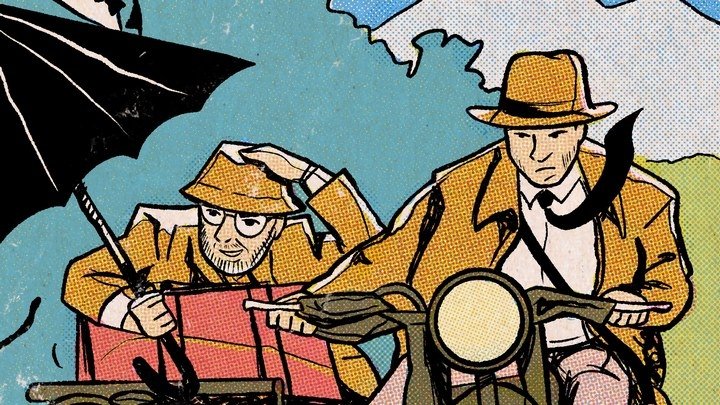