With the spate of officially licensed miniature versions of consoles coming out over the past couple of years, one may have wondered if a headline such as this one was inevitable -- especially when Nintendo got involved. And so, it has proved true -- the past couple of weeks have seen a Nintendo-led crackdown on various major ROM sites on the Internet, with Emuparadise, a popular European based page being the latest to withdraw their ROMs in response to legal pressure.

The miniature consoles are of course, an easy way to explain away all of this, along with still active services such as the Virtual Console -- and yes, one can say that Nintendo is well within their rights to protect their IP's in such a manner and defend copyright. However, this particular crackdown is certainly a cause for concern for the ever growing amount of people who make consistent efforts to preserve the history of video games of all shapes and sizes -- ROMs being a very important part of that.

It's quite simple -- your average miniature console is always going to feature the best games, the ones that everybody remembers. But would a SNES Mini or anything like that include, just for example, Dick Vitale's "Awesome Baby" College Hoops? More to the point, is there any way that it could? Who's going to get the licensing for such a game, a sports title with the quite comical tie-in of a commentator famed for saying "Awesome Baby!" that wasn't good to begin with, and that no-one remembers? It's not exactly likely to happen. And yet this was a game that was released and it's important to preserve it -- because after all, the original carts are hardly going to last forever. Preservation becomes even more important when dealing with more delicate formats such as floppy discs, CD-ROM's and cassette tapes, not to mention any one of these that could include a long-lost beta or unreleased game.

Another argument, often used by those who are thoroughly against emulation, is that a game like Dick Vitale's Awesome Baby College Hoops is hardly worth saving. And yet a game like this says just as much about the time it was created in if not even more so than say, a Mario game would. A Mario game has a certain timelessness about it, whereas this horrific piece of licensed tat takes you utterly back to the early '90s in ways that the Italian plumber never could. It's a part, however big or small, of contemporary history -- and it would be a shame for it to be lost forever. Those at the BBC back in the '60s who taped over episodes of Doctor Who didn't think they were destroying anything important back then.

Nintendo's stance, while within their rights, is unfortunate -- it misses the point of the whole process. Is there really anyone nowadays who goes to a ROM site purely to download say, Mario games that can be played in a dozen utterly legitimate ways? Is there any evidence that such sites would actually effect the clearly excellent sales of their classic edition minis? These sites are an important means of preserving our history, especialy when it comes to games that no-one's ever going to be able to play legitimately -- and as the consoles that are deemed retro get ever more complex, the process becomes ever more crucial. Emuparadise in particular was a superb source for obscure and forgettable PS2 titles that, alas, is no longer available.

And yet, if the history of this battle has taught us anything it's not to fret. The rom sites that have went down will be replaced by others. Things may go underground for a little while, but it's hardly likely to stay that way. Nintendo's approach is like playing a game of whack-a-mole in a football field - it's always going to be a losing battle. If someone wants to download ROM's...well, they'll find a way. And it won't be difficult. A better approach would be to work together with preservationists so that all video game history can be maintained -- although such a stance seems unlikely from the big N. But if all else fails, just be sure to bring back that warning to delete ROMs after 24 hours if you don't already own the game. 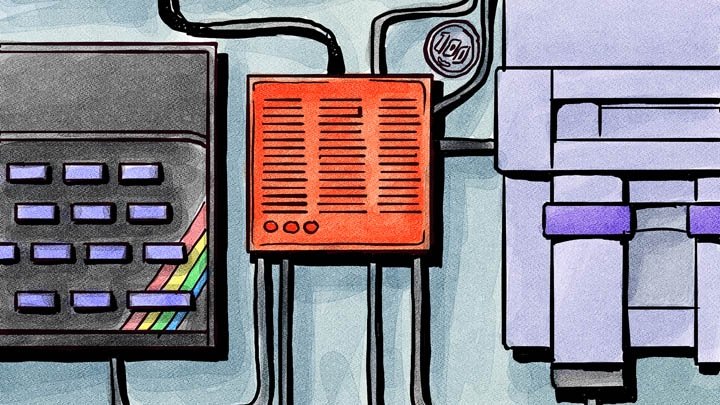 Episode 261 ventures into the new frontier of emulation

We talk Smash Bros., Tomb Raider, and YOUR letters