This week's update features an absolute ton of games and one conspicuous omission: Sega Ages Alex Kidd in Miracle World, a title that came out in Japan but remains unreleased elsewhere as the rest of the world plays catch-up. Grab it from the Japanese eShop if you're so inclined, but I'm sure there's more than enough to keep you occupied in the meantime.

What's this? The arcade conversion of Nintendo's co-operative vertical platformer, released as part of the "black-box" line in 1985; this version adds enemies and hazards, new scoring items, a smattering of new music and a new progression structure with the stages broken into two sets of 24, with a rough 2:1 ratio of old stages to new.

Why should I care? Vs. Ice Climber's various tweaks make for a more exciting game, but be warned, Ice Climber's notoriously finnicky character movement remains intact.

Useless fact: Vs. Ice Climber was back-ported to the Famicom Disk System but, unlike the FCDS game released as Vs. Excitebike, it's more or less identical to the arcade game and doesn't include any big new features.

What's this? The tenth and final King of Fighters game for Neogeo, developed by the resurrected SNK Playmore and released in arcades in late 2003; this entry adopted a real-time tag system in the vein of Capcom's Vs. series and marked the beginning of the "Ash Saga", a new storyline centered around conceited prettyboy Ash Crimson.

Why should I care? Tizoc's in this one! Beyond that, it's a fundamentally sloppy game with a ton of immediate issues that even the PS2/Xbox revision couldn't fix but if you'd like to experience the very humble origins of the systems that would be adopted by KOF11, here's your chance.

Helpful tip: Two of the sub-bosses can be unlocked by inputting a code on the character select screen: to unlock Chizuru, hold up, rotate counter-clockwise to up-right then rotate clockwise to down-left and press a button; to unlock the KOF95-ish "KUSANAGI",

XBOX 360 TITLES ON XBOX ONE

What're these? The HD remaster of Capcom's first true-3D Resident Evil game, originally released for Sega Dreamcast in 2000, as well as the entirety of the mainline Lost Planet series, of which only the first game qualifies for Retronauts status.

Why should I care? Code Veronica is the birthplace of cornball Wesker and Lost Planet... alright, I'll be real, I've forgotten everything I ever knew about the original Lost Planet.

Useless fact: Code Veronica was fortunate to receive not one but two separate reinterpretations via the most horiffic medium of all, the on-rails lightgun game.

What's this? The original adventure of the impossibly virtuous yakuza Kazuma Kiryu, originally released for PlayStation 2 in 2004 and recently remade on the foundations of 2015's Yakuza 0; aside from the obvious visual upgrades, Kiwami carries over 0's system of multiple fighting styles and features a revised and re-recorded story that closes a few plotholes and ties it more closely to its prequel.

Why should I care? Whether Kiwami's best played before or after Yakuza 0 is the subject of some debate but these games are being ported and remade at an alarming rate so if you've not jumped on the train, Yakuza Kiwami offers an easy and relatively brisk introduction to the absurd macho melodrama of Kamurocho.

What's this? A 3D "reimagining" of 2004's influential surrealistic horror-tinged RPG Maker game, approved of but not developed by the original creator; this version originally released on Steam early last year and the Switch version allegedly benefits from all the updates made since, including the addition of several new areas and a plethora of technical fixes.

Why should I care? You're able to compartmentalize individual interpretations of an artistic work and you're curious about seeing the trends of the indie-horror zeitgeist reflected through a 15-year-old lens.

Helpful tip: The original Yume Nikki's still on Steam and it's still free, so you don't have to acknowledge this version if it really bothers you.

Just as the title implies, an intrepid AtariAge member and homebrew developer by the handle skywaffle is attempting to recreate the original NES Castlevania on the humble Intellivision, and the two-stage demo he recently uploaded suggests that he might just pull it off. Load the ROM on real hardware if you can, emulate it if you can't or just marvel at this footage for a few minutes.

Remember Revelations: The Demon Slayer, the "edgy Pokemon clone" released for Game Boy Color in the late '90s? It was actually a colorized update of a Game Boy Megami Tensei spinoff released in Japan way back in 1992, but it wasn't the first one: Sega's Game Gear received a separate conversion with redrawn graphics and additional story content in 1994, and it's that version that is now available in English for the first time. Will the new ending be worth the 20-year wait?

MAGES, the publisher of the popular visual novel series Steins;gate, commissioned emulation wizards M2 to create a tie-in game in the vein of classic Famicom adventure titles like Portopia Serial Murder Case and Jake Hunter. Fun! M2, being the maniacs that they are, made sure the game could literally run on Famicom hardware. Neat! Their game is only available as a downloadable first-run bonus for the Switch version of Steins;Gate Elite, released a few days ago, and cannot be purchased as a standalone product. Goddammit! (I hear it's also quite referential and could potentially spoil multiple games for those who aren't entirely caught up on the series, so if you do pick up Elite, maybe save 8-BIT ADV until later.

Tozai's long-ported remakes of R-Type I & II will soon be yours to own for either PS4 or Switch, both as a standard package or a big fancy collectors' package that includes... well, they still haven't explained that part, to my knowledge. My bet's on a plush Dobkeratops.

The King of Fighters '97: Global Match from Limited Run Games

For those of you who like holding things, the Code Mystics-developed reissue of China's favourite fighting game is being made available on disc — and, yes, cartridge — in a couple of different configurations, including one that comes with a Neogeo AES-style case. Given that this is the one Neogeo release of recent years with genuinely good netcode, it might be worth a place in your collection.

Japanese retro merchandiser Columbus Circle is back with another independent Famicom production, this one essentially being a chiptune album masquerading as a rhythm game, and for the first time they're branching out into Mega Drive production with a sister title for the ol' Genny. Each title includes tunes by a range of guests; the 8-bit version includes tunes by the likes of Masuko Tsukasa, Nobuyuki Shioda and Hally while the 16-bit version offers tunes from Yuzo Koshiro, Manabu Namiki and Tamayo Kawamoto, just to name a few. Give 'em a listen and decide whether they're worth your while.

After diving deep into REmake 2, one might be forgiven for forgetting that Resident Evil games used to have music, much of it quite good. Laced Records is here to remind you of that fact with a pair of double-LPs from Resident Evil (the remake, not the original) and Resident Evil 2 (the original, not the remake) that come in both standard black or limited red/blue.

While the existing SD2SNES cartridges have managed to support an admirable variety of functions, including simulating complex add-on chips, there are always new limits to be pushed, so Krikzz is rolling out a new version of the SD2SNES that'll allow for extra functionality not possible with the existing hardware, including mix-and-matching MSU-1 audio hacks with SA-1 enhancement chip support and even 100% accurate real-time save state functionality. What's next? 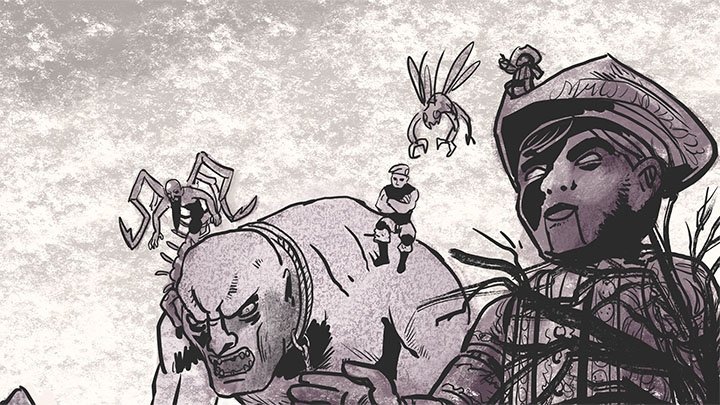