2019 may be half-over, but the summer's just getting started. And nothing on the internet is hotter than video game crowdfunding projects. There were so many to choose from this month, I was sweating just to narrow it down to this list. I am also sweating as I write this, likely due to the heat. One fact that doesn't change regardless of my body temperature: we have no insider information or financial interest in any of these projects, and no one at Retronauts has been compensated for including anything on this page.

I am a coward, but I am always drawn towards horror games - especially horror games that use 2D graphics. It doesn't take a polygon to frighten me! Sometimes a few pixels is enough. Dead Dreams calls out a lot of famous games as "inspiration" such as Silent Hill, SOMA, IB, Oxenfree, and Lone Survivor, but the retro aesthetic and the story of schoolkids in peril reminds me of Corpse Party.

Dead Dreams is estimated to be "70% finished" at this time, although the screenplay which features "around 30+ possible versions of the ending" is already "90% finished." The developers believe that, if funded, the game will be ready by this fall, though they plan on finishing and releasing the game no matter what.

I have no idea what this project is about, nor what it is that backers receive. The campaign is run by the "Mysterious Package Company" and that's all they're promising to send to everyone willing to drop a couple hundred dollars. Allegedly they've done this before? I'm only including it because it sounds like a real-life version of The Game* only they send things in the mail rather than trick billionaires into attempting suicide.

*By the way, did you know Charles Martinet - Mario himself - is in that movie? He is!

So many RPGs are grand-scale adventures where heroes scour the globe in order to save humanity or even the planet itself from total destruction. Small Saga instead goes in the opposite direction: the heroes are all mice armed with household objects and their enemies are an assortment of everyday animals.

Small Saga looks terrific so far: the characters are well-animated, and I love how the camera pans over the animals as combat begins. The lone developer of this project, Jeremy Noghani, says work began on this "dream game" at the start of last year but needs Kickstarter to cover his living costs for two years so he can meet his target date of Summer 2021. His initial goal has already been met but extra funds would enable him to pay for console ports because he "would love to see a Switch version."

Does anyone make skateboarding games anymore? In the 90s it felt like there were a million digital avenues to jump on a board from the safety of home, but these days, not so much. Even Tony Hawk - the human best known for skateboarding - seems to encounter a lot of unimpressed people lately. But here's Skatebird, a game where there skateboarder is a bird. And yes, according to the campaign, there's even "a tiny hawk."

As of this writing the campaign has been fully funded and all listed stretch goals have been met, the most recent being "you can pet the birb." 'Nuff said.

Since the best Legend of Zelda game had a lot in common with a Japan-only Game Boy title with "frog" in the name, I find it very cute that Ribbiting Saga, a Zelda-inspired indie title, features a hero who is a frog. The game will have 4 main dungeons and bosses who can be defeated in any order. However, the bosses get harder in the order they are faced, so no matter which choices the player makes Boss #4 is going to be tougher than Boss #1, even though the player's frog will be stronger too.

"Hard" seems to be a selling point for Ribbiting Saga: the campaign promises "no hand-holding" and the demonstration video shows an awful lot of game over screens (actually they say "you croaked!" and I approve). Could this be the Dark Souls of frog-based action-adventure games?

Video games based on mythology and folklore are not new, but Bugs 'N Boo Hags must surely be the first video game ever based on South Carolina folklore. The game features characters based on real people and levels based on real locations in the region where the "boo hag" is apparently a real legend (a phrase which is kind of an oxymoron).

The source material is unusual, but then again, so is the gameplay of Bugs 'N Boo Hags: players must defend their home from the eponymous villains by using corn brooms, salt shakers, and "haint blue" paint. I only recognize the name of one of those three things!

Grace is another unusual project but it oddly has a lot in common with several other projects on this month's list: it's made a very small team, the game is set in a real place, there's a top-down perspective, and there are birds! Lots of birds.

Grace is the idea-child of two first-time developers seeking an audience "interested in environmental games." Players can use their resources to "identify the flora and fauna" found in the game, all of which is actually found in the Sierra Nevada mountains. The bird calls heard in game are likewise authentic. No word on how many of them can skateboard.

Lots of video games have sought to increase awareness of real-life issues in our world, but Salaam is a rare project that seeks to address the issue head-on. Created by a refugee from South Sudan (born as his parents fled from a massacre), Salaam will be a free-to-play "high tension runner game" that reflect the actual challenges of refugees who are out there escaping real-life conflicts. The hook is that when players purchase in-game items such as food or water, a real-life donation will be made to grant those supplies to a refugee in need.

Since Salaam won't cost anything to download, there is no minimum pledge to get the game. However, various reward tiers will grant players in-game bonuses when the project launches "by the end of the year."

Orange Island purports to be an "authentic 8-bit adventure" featuring five different player characters with unique skills. The developer cites such varied games as Legacy of the Wizard, Kirby's Adventure, Zelda II, Wonder Boy, Mother, and La Mulana as inspirations for the game, though watching the trailer I'm certain I also noticed direct references to Link's Awakening and Castlevania II.

Whie Orange Island is an original game made for modern platforms, there will be a stretch-goal to create a physical NES cartridge version. Likewise, console ports to Nintendo Switch or PlayStation 4 are also under future consideration. 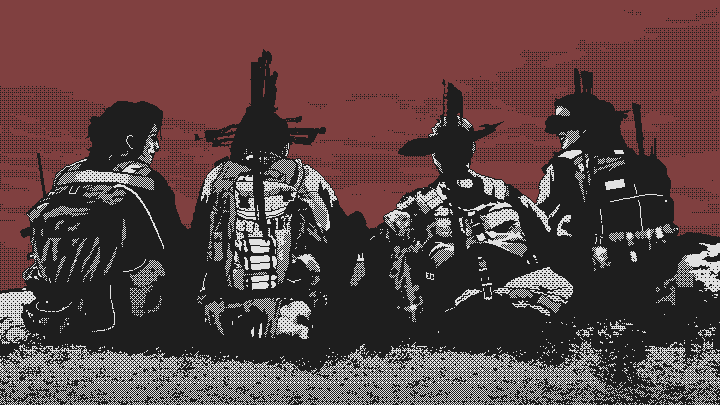 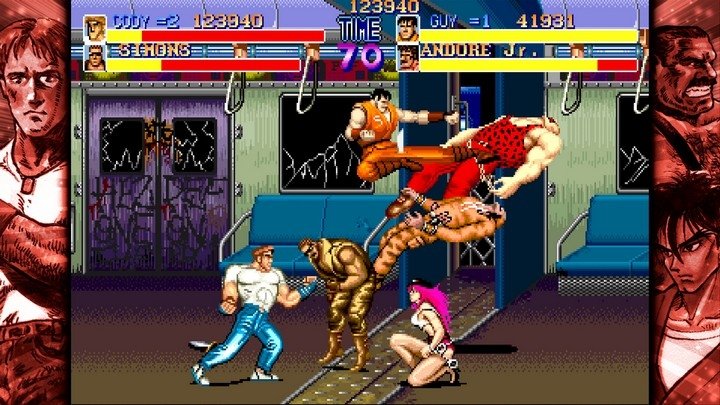 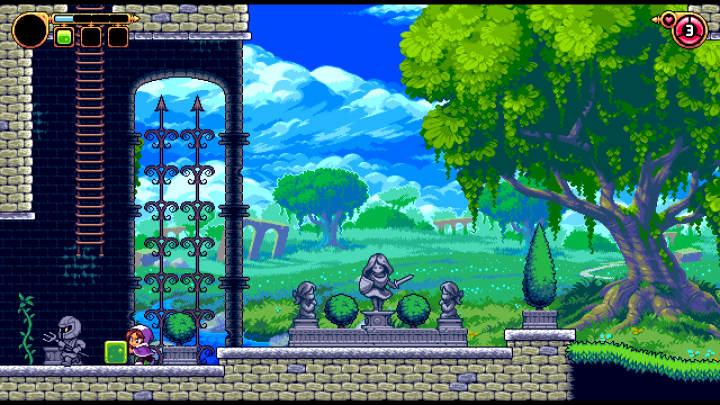