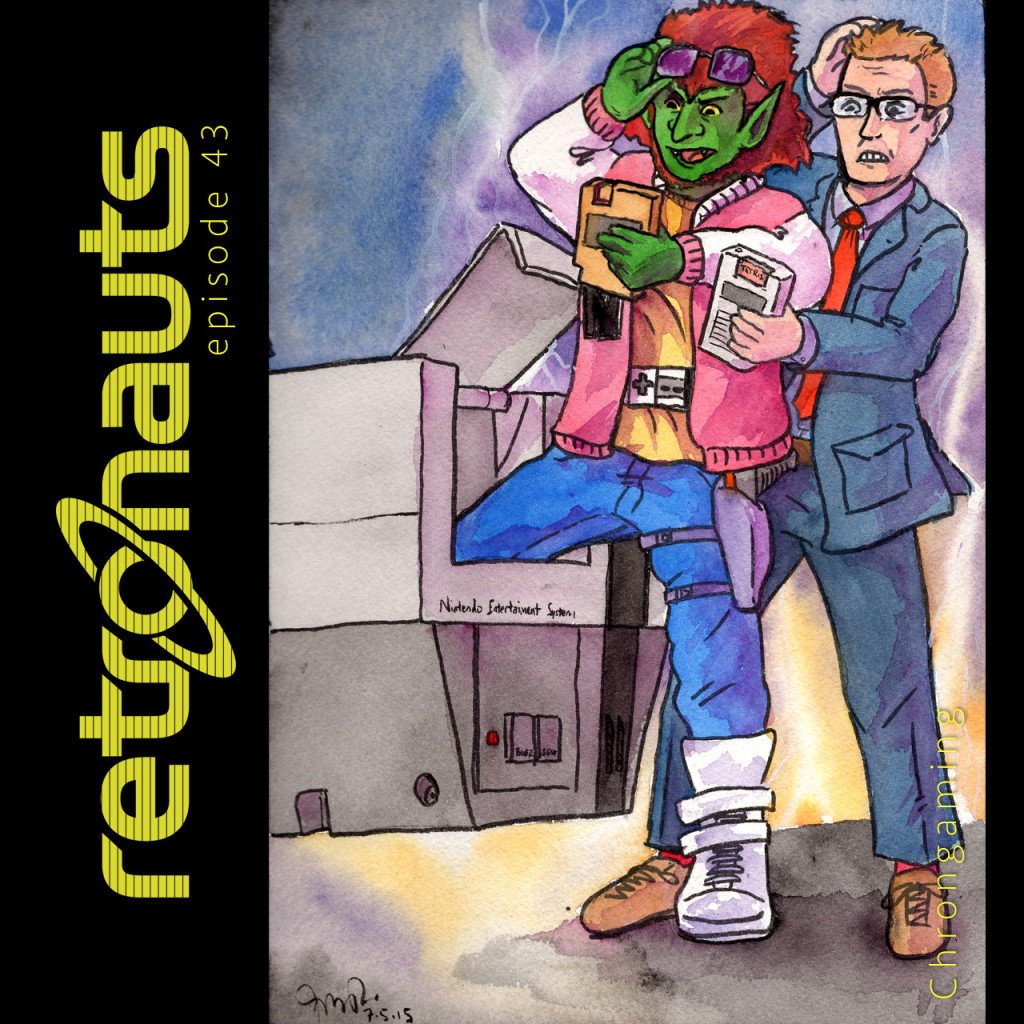 So, I feel that it's really important to preface this post with the disclaimer that this episode is a Kickstarter backer request (one of the last in the slushpile). I mention this because otherwise this episode will seem almost offensive self-indulgent and navel-gazing. While many Kickstarter backers requested we tackle one of a variety of episode topics, Sean Clements had but one demands: Talk about chrongaming.

Chrongaming, of course, would be the practice of exploring a console's entire library in chronological order; the best-known venture out there is Dr. Sparkle's Chrontendo, which catalogs the history of Nintendo's NES/Famicom in exhaustive detail. So of course we asked the good doctor to join us again, following on from his appearance in our very first Kickstarted episode. (Although as we learn here, Dr. Sparkle calls it "chronogaming," not "chrongaming." Live and learn, Sean!) Less famous, but rather closer to home, is my very own Game Boy World project, which aims to do the same thing as Chrontendo, except for the Game Boy platform, which is much less popular as a retrogaming topic than the NES. Even Dr. Sparkle wanted nothing to do with it!

So, needless to say, it's the two of us and Bob jabbering about our own work for 80 minutes. Or airing out our sick personal obsessions, if you prefer. My apologies to all, but the people demanded it. Or at least one person. The tyranny of crowdfunding, eh?

Can a podcast be self-indulgent if the topic was provided by someone else? The famous Dr. Sparkle joins us to fulfill Sean Clements' Kickstarter topic request: Chrongaming. Join us as we psychoanalyze our own obsessive-compulsive behavior!

Music in the episode comes from NES "brototype" game Shatterhand, which I've never really played... but damn does that soundtrack rock.