30 years ago, Capcom released Final Fight in arcades, a quasi-sequel* to Street Fighter (despite being a different genre) that would help usher in the Silver Age of Arcade Games until its own quasi-sequel, Street Fighter II, debuted in 1991 and changed the world. Pretty impressive for a game made in six months by a small team who were specifically targeting American arcade-goers.

Lest anyone forget, 30 years ago was 1989, and by that point arcades in the US were not the cultural meccas they had been at the start of the decade. By now home consoles were off and running; the NES was a legitimate phenomenon and Sega was igniting the console wars by launching the Genesis in the US. Kids didn't need to leave the house to play their favorite games anymore and Capcom must have noticed that Mega Man and Mega Man 2 were doing better in the living room than anything they could put into arcades.

Enter Akira "Akiman" Yasuda, an illustrator at Capcom who visited the US to see what was happening at the local arcades. He was a side-scrolling shooter fan ("I thought that Gradius was the best" he said in a recent interview) who had worked on Capcom shooters like Side Arms and Forgotten Worlds. He was surprised to see that Americans were all about tough-guy action games like Double Dragon and "they weren’t trying to clear the stages on one coin; they just wanted to have a good time punching and beating stuff up," he said in a 2003 interview translated by Shmuplations. He also noticed that American arcades operated on tokens which facilitated coin-crunching gameplay - "Americans would buy all their tokens up front and then buy multiple credits for a game in one go" - as opposed to Japanese players who were ponying up 100 yen of actual money per play and trying to make that last.

Akiman returned to Japan and pitched his ideas to designer Akira Nishitani "and he helped me out on the planning for Final Fight." Since their plan was to chase American dollars, they watched American movies for research, with two in particular having a big impact: Streets of Fire (1984) and Hard Times (1975), both directed by Walter Hill. "We didn't have a whole lot of time, so we had a 3-monitor set-up where we could watch other movies at the same time, as [Capcom president Kenzo Tsujimoto] told us to 'watch them all and learn from them'" according to Nishitani. The two films are very different but both depict a video-game-friendly narrative of a run-down America where violence solves everything. Of particular notice is that the hero of Streets of Fire is named Cody and Hard Times was released in Japan as "Street Fighter" (FYI, the 1974 film starring Sonny Chiba released as "The Street Fighter" in the US was never called that in Japan).

Other contemporary influences on Final Fight included Ninja Gaiden, one of many games at the time starring ninjas but also a game infamous for its disgusting "Continue?" screen where the hero was threatened with a circular saw. Akiman said that President Tsujimoto told him "Americans are all about ninjas and dinosaurs" and "ninja are necessary for the reception of the game." This explains why Cody, despite wearing a basic white T-shirt and jeans, has a ninja for a best friend/sparring partner, and why Final Fight's "Continue?" screen has the hero(es) threatened by a stick of dynamite with the fuse burning down.

All of this paints a picture of Capcom chasing existing trends to make a game for a large audience, so why did it work? What makes Final Fight so significant? For one thing, the game has three distinct heroes who look and fight differently: Haggar is a slow, shirtless bodybuilder who hits hard with his unique piledriver attack, Guy is a fast, agile ninja with a unique wall-jump attack, and Cody is a blonde man who sits square in the middle. Other beat-em-ups at the time, particularly Double Dragon, were defined by their simplicity: if multiplayer was even an option, all players controlled identical fighters with different colors. Even Konami's Teenage Mutant Ninja Turtles, which beat Final Fight to the arcade by a few weeks, starred 4 characters whose only distinguishing characteristics were their colors and what weapon they held - but those weapons all worked the same.

Another significant factor that made Final Fight more appealing: all the characters on screen were big and colorful. "We kind of wasted our efforts on Forgotten Worlds," Akiman said of his project that preceded Final Fight. In that game, the player-characters are a pair of palette-swapped cool guys with sunglasses but it's a space-shooter so neither is very large. And all the enemies that fly on screen are usually incinerated immediately with all the lasers flying around. In Final Fight, everyone is big and even the weakest punks are visible for a few seconds before getting pummeled. What the enemies lack in aesthetic variety - there are only 8 types, not counting bosses - they make up for in animation and attack variety.

Final Fight proved to be a big hit (Akiman said it sold 30,000 PCBs compared to Side Arms' 5000) that set a new standard for beat-em-ups. Looking at the games that followed in its wake, many of which were also made by Capcom, and the emphasis on big, unique characters makes it clear that Final Fight connected with a lot of players. In contrast, Double Dragon 3 came out in 1990, stuck with relatively smaller characters, and it failed to recapture the attention of audiences who had moved on.

Of course, any discussion of Final Fight must point out how much of its DNA would be used in Street Fighter II two years later, a game of such magnitude it reshaped the genre and gave arcades a much-needed revitalization. But that's another story. For now, 30 years later, Final Fight remains a user-friendly, pick-up-and-play experience that anyone can button-mash their way through - and I say this as a father who recently finished the entire game with his 7-year-old daughter.

She picked Guy, for the record, because ninjas are still cool. 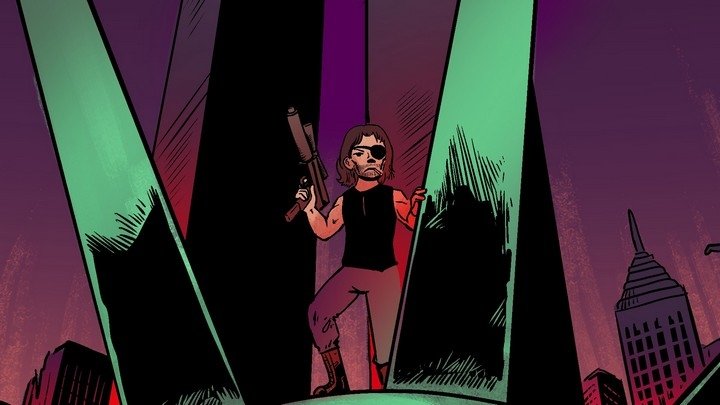