Like a whirlpool, it never ends. My Dizzy obsession began as a child when Dizzy: The Ultimate Cartoon Adventure captivated me on Spectrum, since when it has rarely abated. The thing about Dizzy is, he’s an egg, and everyone likes an egg, don’t they? Except for vegans, I suppose.

If you’ve never played a Dizzy game before, Dizzy the Adventurer is the one to start off with. It’s a NES port of Dizzy: Prince of the Yolkfolk, a late 1991 title originally released as a “bonus game” included with Dizzy’s Excellent Adventures, a compilation of earlier hits. As a result of its origins, the game is both short and quite easy, which makes it perfect for newcomers to Codemasters’ extremely British series. I’ll stick with discussing the Dizzy the Adventurer variant, because getting you Americans to sit through a ZX Spectrum boot sequence is like getting blood from a sodding stone. Oh, don’t look at me like that.

This game was originally issued alongside the ill-fated Aladdin Deck Enhancer peripheral, the history of which has been espoused elsewhere at length. No, I want to focus on the meat and potatoes (and eggs) of the adventure itself. Much like several extant Dizzys the story takes inspiration from fairy tales, with Dizzy’s main squeeze Daisy pricked by an enchanted spinning wheel and having fallen asleep in the castle of recurring wizard and evil tosser, Zaks (who makes no appearance in the game whatsoever, presumably away on the Amstrad CPC torturing yoghurts or something). It’s up to Dizzy to rouse Daisy from her eternal slumber. If you know your fairy tales, you’ll be well aware that only the kiss of a handsome prince can wake a sleeping princess. But Dizzy needs to become a prince first…

Dizzy’s central item-wrangling gameplay is an understandable point of contention with some. He can carry three things at a time and any attempt to pick up more will be met with stubborn refusal. The game world is littered with useful stuff and, unavoidably, you’ll spend a fair amount of time traipsing back and forth across the map, fetching the item you’ll need next. It’s in this repetition that the compact design of Adventurer becomes both apparent and very welcome – other Dizzys would have you backtrack a whole lot more and a whole lot further than this. Adventurer does a lot with a little, which helps to keep it breezy and reduces frustration.

The puzzles themselves are generally logical, with most objects far from esoteric in their usage. The game is so wee that you’ll never be far from an “ah-ha!” moment of realisation, meaning progress is constant and satisfying. Amusingly enough, the singular exception to this is a puzzle added in this NES port, which I’m going to outright spoil now. In the original Prince of the Yolkfolk there’s a flying carpet that you receive early on; it’s a red herring that does nothing. However, in Adventurer, it’s been given an extremely obtuse function. You need to use it while standing on an otherwise-unremarkable cloud, causing it to “activate” and fly you to the final collectables necessary to see the ending. Extremely unusual given how sensible the rest of the gameplay is.

It’s a short, sweet little platform adventure, which is perfect for easing you into the crueller likes of Fantasy World Dizzy and magnum opus Fantastic Adventures of Dizzy. While you only have limited lives and death resets the game, it’s very hard to die and such a streamlined experience that it’d be churlish to curse the heavens when you fall in the river again. Dizzy’s movement is slightly taxing at first but once you understand that eggs roll you’ll be right as rain.

Yes, Dizzy is sure to poach, fry, scramble and boil your brain! It may be a little over-easy, but it’s sure bring your sunny side up and (No more Dizzy for six months. – Ed) 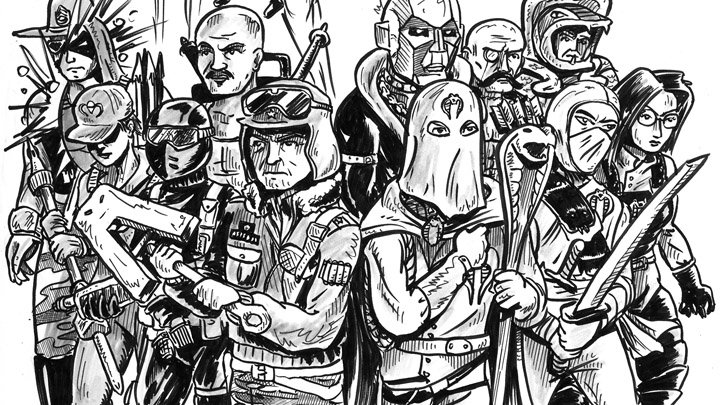 We podcast for freedom wherever there's trouble in Episode 176