Ask me a few days ago what I thought of Hatsune Miku and I'd just stare at you coldly, wondering how you got into my house. Now, though, I've had Hatsune Miku Project DIVA Mega Mix thrust onto my Nintendo Switch, and I'm a full-on convert. What do they call Hatsune Miku fans, anyway? What's the Hatsune Miku version of bronies? That's what I am; a Miku-lo-maniac. I'm even considering changing my name by deed poll to Hatsune Michael.

What is Hatsune Miku? I don't even know, really. A "vocaloid", which is a piece of software that somehow allows you to synthesise, erm, vocals. But obviously she is also a 16 year-old girl popstar who croons out annoyingly catchy songs. She's the Japanese version of The Monkees, basically. And, somehow, even more popular than the Davy Jones-fronted beat combo. In fact, after writing that cliché-riddled tripe, I decided to Google "Hatsune Miku Monkees" only to discover that yes, someone has already done this. But you don't want a potted history of Hatsune Miku and her fellow vocaloid anthropomorphs. It's Japan, you get it. Everyone's a little girl, they sing songs, that's just normal. It be what they do. We're here to talk about videogames, of which Hatsune Miku Project DIVA Mega Mix is assuredly one. 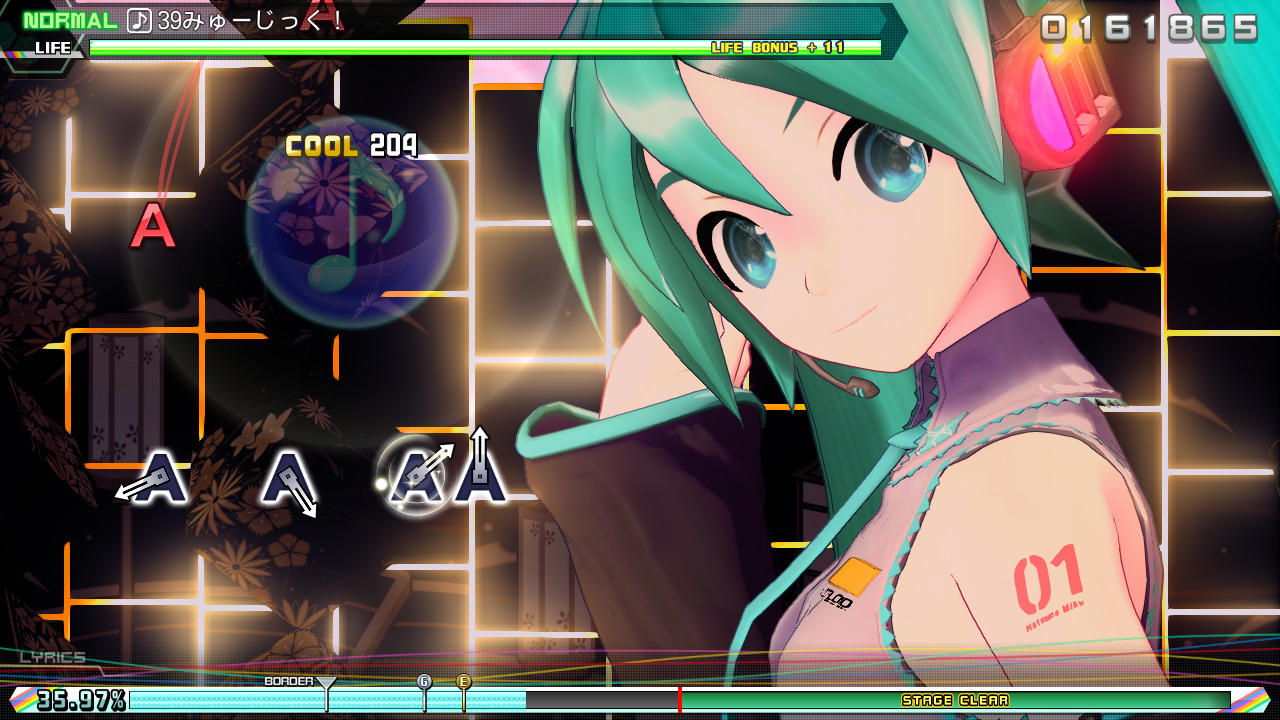 It's actually something of a "greatest hits" package for this long-running series, which began on PSP in 2009. So just missing its tenth anniversary, but that's okay. Based on my research, this is the eighteenth game in the Hatsune Miku softography, a fact that makes me want to wither and die, so ancient have I become. But wait! Wouldn't you Adam and Eve it, Project DIVA Mega Mix is so bloody good that it's singlehandedly restored my will to live.

Packing in 101 songs from across the entire decade-long series - none of which were even remotely familiar to me - I was quite overwhelmed at first, but I decided to simply start from "A" and play each song in turn. There's no "campaign" here that I could discern - just play what you want, when you want. The actual gameplay somewhat resembles Dance Dance Revolution aesthetically, as the buttons you need to hit fly onto the screen in time with the rhythm of the current song. Rather than physically stamping your ill-fitting clodhoppers on a dance mat, though, you just need to press A, B, X or Y. Or sometimes the analogue sticks. Or sometimes multiple buttons at the same time. And it's not easy at all. Each song is rated for difficulty, but even the low-grade ones were pretty demanding. There's no "kick, punch, it's all in the mind" slow-pokery here - instead, it's a barrage of "Alien, watashi Alien, anata no kokoro o madwaseru" steamrolling through your reflexes like an out-of-control traction engine barreling through horrified punters at the Haddenham Steam Rally. 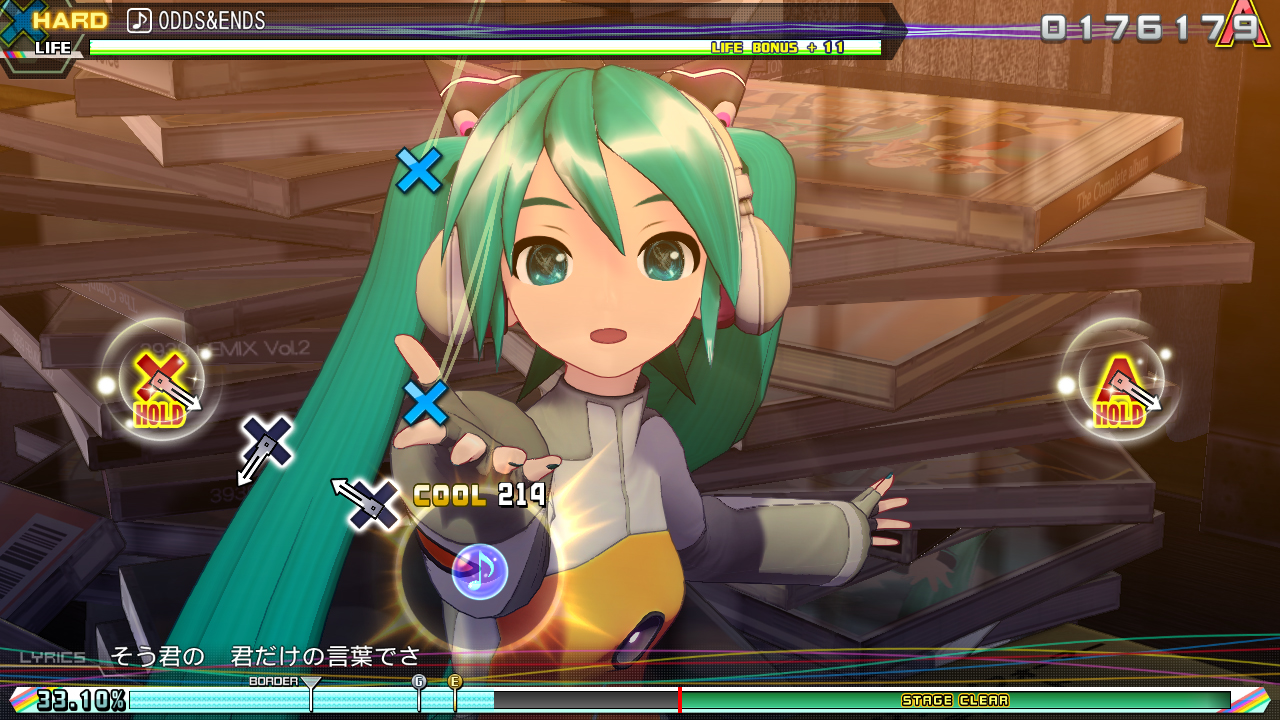 Look, it's difficult to explain why Project DIVA Mega Mix is so good, but I'll try to boil it down; tons and tons of genuinely enjoyable songs, cute cel-shaded-ish graphics, runs beautifully smoothly on handheld mode, and packs in an absolute ton of customisation. Multiple vocaloid units means you can have each song, well, sung in a number of different voices. If that sort of thing interests you, then this seems like it would be about the best imaginable way to experience it. You can even dress Miku up as Sonic the Hedgehog. It's like they knew!

Another triumph for Hatsune Miku, following her creation of the popular Minecraft and writing of beloved sitcom Father Ted. How many more strings can this woman's bow possibly have?!

Escape for a little while with our Animal Crossing episode

Enjoy a fright at the opera with our Parasite Eve episode