I don't read much manga. I don't care for it too much. I liked Full Metal Alchemist. Rumiko Takahasi stuff. The original pre-Z Dragon Ball. And of course, my favourite; To Love-Ru.

Anyroad, I started reading One Piece recently because I remember liking what I'd seen of it, and it reminded me of playing Jump Superstars for DS back in the day, purchased on import after the UK Nintendo Official Magazine, in its good pre-Future Publishing years, praised it to the heavens as a delightful manga mash-up in the vein of Smash Bros. Which it was, and is. And it's great. But the real stonker was its sequel, Jump Ultimate Stars, the kind of game you get once in a blue moon.

Not only was it massively expanded, but it was much friendlier for importers like me. Unlocking new characters etc in the original Super Stars required a confusing "manga construction" system which basically necessitated not only Japanese language skill, but extensive knowledge of Jump manga, while here it's been replaced by a much more coherent and traditional shop system using multiple types of gems to buy more "komas" - panels from manga, which can unlock new playable characters, support characters and myriad other items and features.

The main game sees you moving through space to different Jump-themed worlds, featuring manga as diverse as JoJo's Bizarre Adventure, Dr Slump and Pyu to Fuku! Jaguar, representing Shonen Jump through the years. Of course, the most popular series' such as Naruto, One Piece and Dragon Ball feature heavily, but the game moves through the worlds so quickly that you'll never get overfamiliar and bored.

As for the actual fighting, it's certainly not as fast-paced and smooth as Super Smash Bros, but it's the best fighting game on the original DS. I defy you to name a better one. Battles takes place between up to four competitors, with multiple rulesets and win conditions available, along with plenty of items to turn the tide of combat. You can also switch characters mid-battle, depending on who you have available in your "deck". Larger, more powerful characters take up more space, so you need to balance your loadout carefully - well, in theory, anyway. In practice I beat almost every mission in the game with the 6-panel Monkey D Luffy!

There's even a near-complete English translation patch, though it's perfectly playable in the original Japanese - you'll probaby need a guide to figure out some of the mission criteria, but otherwise it's all very self-explanatory. However, even in the patch, the post-game Jump Quiz mode is untranslated, making it a total guessing game.

The Jump series was eventually replaced by spiritual successor series One Piece Gigant Battle, but as good as those games are it's that big mash-up that really works for me. I made a point of looking up every manga that vaguely interested me, which gave me some more appreciation of the medium. And - most importantly - introduced me to Bobobo-bo Bo-bobo.

There should still have been a To Love-Ru world, though. (No, there shouldn't. - Ed) 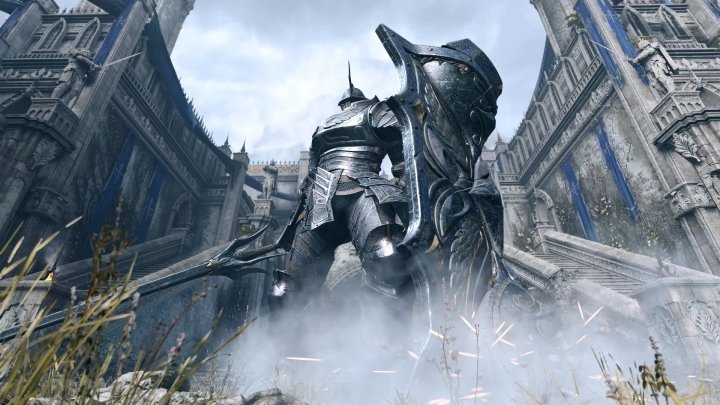