Is Pumpkin Jack king of the pumpkin batch?

Anything that reminds me of The Nightmare Before Christmas is fine by me, and while that's definitely a well-worn comparison, Pumpkin Jack deserves it. Usually described to me as a PS2 platformer throwback, I pretty much had to give this one a look. MediEvil was the major point of reference I'd seen, and it's not an unfair one given the Halloween themes, but personally I felt it had a little more in common with Maximo.

In Pumpkin Jack, you see, you're committed to your jumps. Not in a totally rigid cinematic platformer sense, but once you've made your airborne decision you're stuck with it, much like Capcom's sadly-forgotten PS2 re-imagining of Ghouls 'N Ghosts. And, also like Maximo, Pumpkin Jack is good. It's a lot of fun, in fact.

Taking a sort of wide-linear approach, what we've got here is a classic-style platformer in which the titular Jack must make his way through six spooky levels, mastering difficult jumps, navigating tall towers, solving puzzles and exploring for Crow Skulls - something of a morbid take on collectables, but crows are cool and so are skulls so it comes together nicely.

Speaking of crows, Jack's got one for a sidekick, using his shoulder as its perch. The L button lets you toss it at things (well, technically it just attacks them, but I find it funnier to imagine Jack just throwing the bird) and it'll also squawk a running commentary at you as you traverse the game world. This probably sounds annoying, but it isn't. Everything is perfectly charming, here. The puzzles are light in difficulty, but clever. Jack can detach his pumpkin head and have it walk around on tiny little legs, which is both a) funny and b) reminded us of Banjo-Kazooie, which is always nice to be reminded of, isn't it?

The best thing is, despite loading this little blog with comparisons to classic platform games, I think Pumpkin Jack is actually the least derivative of the ones I've tried, the least immediately evocative of something else. The likes of Yooka-Laylee and A Hat In Time leaned hard into their influences (to their detriment, some would argue), but Pumpkin Jack feels like its own thing that just, you know, kinda reminds you of some stuff you've played already. That's important given how many faux-retro games are sold off the back of "remember thing they don't make anymore? Here is thing with serial numbers filed off!"

In fact, going forward, I'm going to try and focus on throwback/faux-retro style games that don't adhere rigidly to imitating a single classic and attempt to do their own thing. Outside influence is all-but-impossible to disregard, of course, but in my view there are a lot of classic-style games that don't get the attention they deserve because they're not a modern re-tread of something beloved. And that seems a little bit ass-backwards to me, don't you think?

Pumpkin Jack is good stuff, and it's good in its own right rather than extensively pillaging some old PS2 or N64 game. I applaud this. More like this, please.

A review copy of this game was provided. 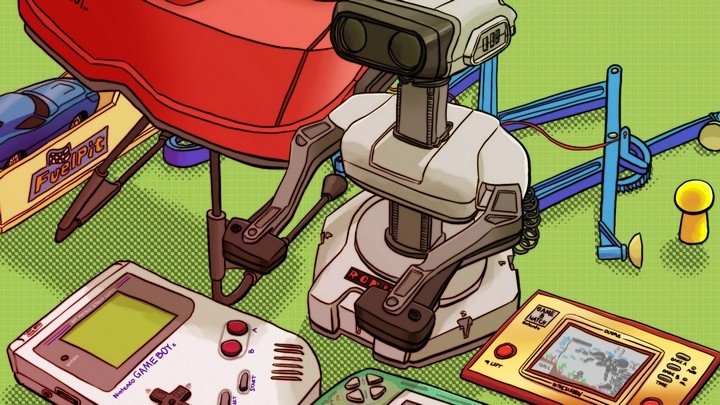