If today's roundup seems a little barren, know that one of the bigger releases had to be removed at the last second: Turrican Flashback, the first of several Turrican compilations coming to PS4 and Switch and one that had been available on PSN for the last day or so but was taken down the moment I started writing this post... but never fear, it's only a week away. 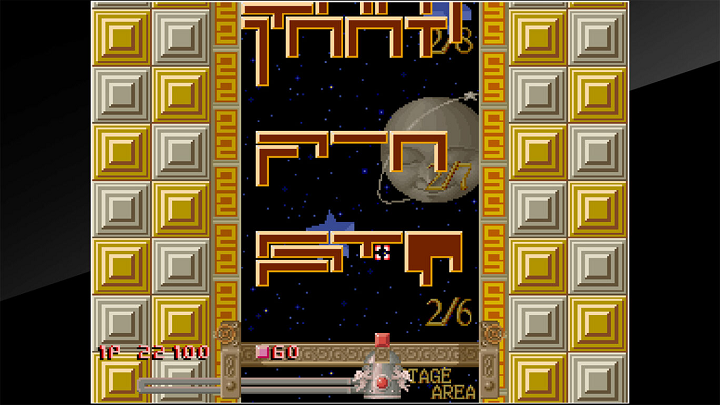 What's this? A puzzle game with the interface of a shooting game, developed and distributed in arcades by Konami in 1989, with conversions for MSX2, Famicom and Game Boy, among many others. Players are tasked with shooting blocks at irregularly-shaped objects as they slowly descend to the bottom of the screen, with the aim being to remove them from the playfield by molding them into neatly rectangular shapes; in addition to the single-player mode, there are a handful of two-player modes that let you play co-operatively, competitively or simply play two separate games at the same time. (This release contains both the original game and its little-played overseas version, Block Hole, which features a visual overhaul and some extra music that would be included in later home versions.)

Why should I care? Quarth is a truly unique genre hybrid whose imitators are few and far between, even now, and Arcade Archives has a surprising dearth of action-puzzle games in this vein, so you're not exactly spoilt for choice.

Useless fact: Much of Quarth's art was drawn by Konami first-timer Hiroshi Iuchi, who'd later leave with several other staffers to form Treasure and would much later direct his own puzzle-heavy shooting games, namely Radiant Silvergun and Ikaruga. (Treasure alum Norio Hanzawa also handled the audio.)

What's this? A "channel-switching RPG" with dark undertones, developed by SIIX and released for Japanese smartphones by G-MODE in 2008. Set in the futuristic Sunlight City, players control 4 characters on the search for something they've each lost — their memories, their shadow, their identity — and how their fates are intertwined with the mysterious radio DJ "Sepas-chan"; one of the game's notable mechanical features is the "channel" system, which allows you to switch between characters/parties when they are separated, both in and out of battle.

Why should I care? You watched the trailer and picked up on the Earthbound vibes — full disclosure, I knew nothing about this game until G-MODE announced it a few weeks ago and a pal of mine went nuts, but it's apparently very much in the vein of the Mother series, with similarly charming characters and aloof, poetic writing, and considered something of a hidden gem among '00s-era mobile games, so I'm excited to give it a shot myself. (It's also said to be packed with convoluted fetch-quests and not especially interesting in strict RPG terms, so bear that in mind.)

Useless fact: Sepas Channel was one of a small handful of mobile G-MODE games that were ported to DSiWare in Japan, but that version has been delisted since 2012.

Why should I care? You've been waiting for months for a sign that G-MODE Archives might leave Japan and, now that you've got it, you want to encourage them to make more of these games available to the world.

Useless fact: .I can't be 100% certain, but I believe the obscure feature phone conversion of Zanac may be next on G-MODE's list for international release in a few weeks.

OK KO Must Break Into Boxmore by Ryan Langley 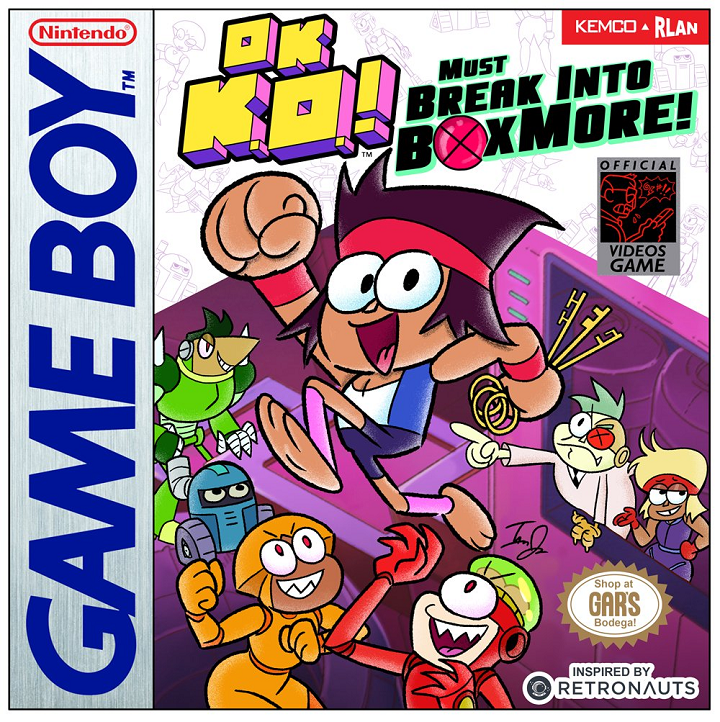 In what might be the first Retronauts-inspired ROM hack, listener Ryan Langley took it upon himself to realize the idle pondering of recent guest, OK K.O. creator Ian Jones-Waterly, on how his show might have been adapted to game form in the '90s... and, given that he mentioned enjoying the Kemco Crazy Castle games on the podcast, a series known for a zillion indiscriminate reskins, the decision to convert Bugs Bunny Crazy Castle II into an OK K.O. game was immediate and obvious. (Ian liked the hack so much, he put together the above box art himself.)

From 1985's Twinbee to 2007's Otomedius, this ten-disc box set encompasses the musical history of Konami's arcade shooting game catalog; of particular note are the various Parodius soundtracks, which have been out of print for decades (and it seems they've omitted one particular OST due to pervasive licensing issues). as well as the soundtrack to Tobe! Polystars, purely because I think it's neat.