I have not yet played Super Mario 3D World + Bowser's Fury, dear readers, so allow me some latitude for error, but I don't believe that game will allow you to flip Bowser into compromising positions and blast him with "pheremones", so think carefully about any purchases you make this week. 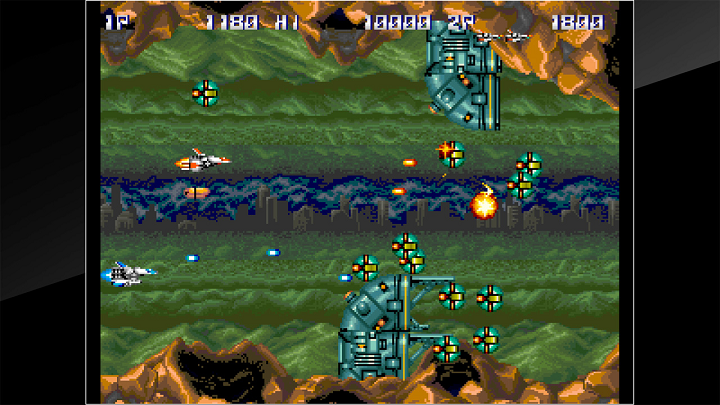 What's this? A horizontally-scrolling shooting game that was subsumed into the broader Gradius canon, originally developed and distributed in arcades by Konami in 1988, reissued on its lonesome on PS2 and PS4 and included as part of the multi-platform Arcade Anniversary Classics collection in 2019; the Arcade Archives version includes four different ROMs, including two Japanese versions, a European version and a substantially modified North American version which makes big changes to the core mechanics, power-up system, stage order and game balance, the most notable of which being the abandonment of the original game's granular option positioning in favor of a simpler shot/bomb system.

Why should I care? You want to play a late-80s Konami arcade shooter without the typical late-'80s Konami arcade difficulty — or, you played a version that you felt was insufficiently challenging, in which case you should try the various versions included in this package to experience how the game was sequentially updated to take more of peoples' money.

Useless fact: Thunder Cross was one of a handful of games that Hamster originally reissued on PS2 as part of their Oretachi Ge-sen Zoku series; the emulation quality (heavily speculated to be derived from an illegal port of an outdated MAME build) was notoriously poor, and the Arcade Archives version was consciously announced as a mea culpa by Hamster's president.

What's this? A 10th-anniversary remake of the first entry in Inti Creates' pervy rail shooter series, GalGun, originally released exclusively in Japan for the Xbox 360, with a PS3 port produced in 2012; this version features remade and redesigned graphical assets, new cinematics, individual voice actors for every girl in the game and a new expanded art gallery, as well as most of the original game's downloadable content.

Why should I care? Look, there was a point where Inti Creates was trapped on the work-for-hire anime game treadmill with seemingly no way off, and it's thanks to shlock like GalGun that they were able to cement their position as an independent studio in control of their own destiny, so let's try to be at least a little thankful.

Useless fact: The original X360 version received a somewhat notorious post-release update at the strong insistence of Microsoft Japan which slightly altered certain camera angles, and while Inti Creates was not in a position to instruct their clientele not to install said update, they did their best to imply as much. 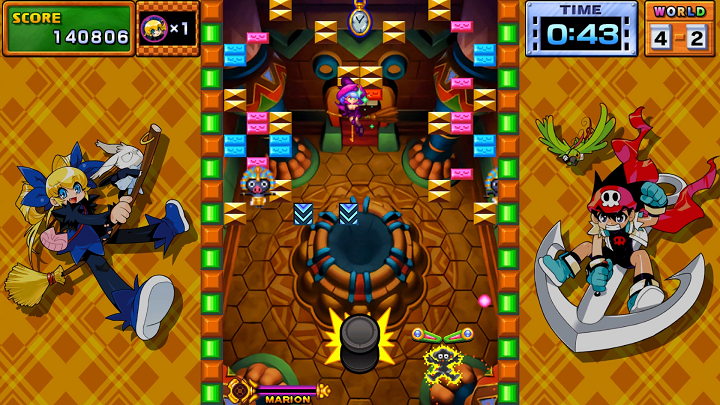 What's this? A brick-breaker/pinball/shooting game hybrid set in the world of Psikyo's Gunbird series, originally released in arcades in 2001 and ported to Switch as one of the system's early surprise reissues in 2017; this version conforms to the Switch port with a few extra additions, including button mapping, online leaderboards and a new "arrange" option that lets you adjust the speed of various objects, including the ball.

Why should I care? You realize that your alternative choices for shmup/brick-breaker hybrids are extremely limited.

Useless fact: With this port, Zerodiv has finally burned through all the Psikyo games they previously ported to Switch... and they're all scheduled to begin rolling out anew on PS4 and XB quite soon.

The King of Fighters 2002 Ultimate Match

What's this? A port of the PC version of the 2009 remake of the final, "dream match" NESTS-era KOF game, which originated on PlayStation 2 and has evolved across arcades, Xbox 360 and PC. Compared to the original Neogeo version, 2002UM features vastly overhauled backgrounds, arranged music, new character portraits by Hiroaki, substantial character and system rebalances and a whopping 66 characters; additionally, this port features the new rollback netcode that was recently introduced to the PC port.

Why should I care? KOF2002UM is among the very greatest of all King of Fighters games and is perhaps the single easiest game to recommend as an introduction to KOF, and the fact that this port is launching with adequate netcode means you shouldn't have any trouble finding people to play with.

Useless fact: The 3D stages made for the original PS2 version of KOF2002UM remain exclusive to that version, but trust me, you're not missing much. 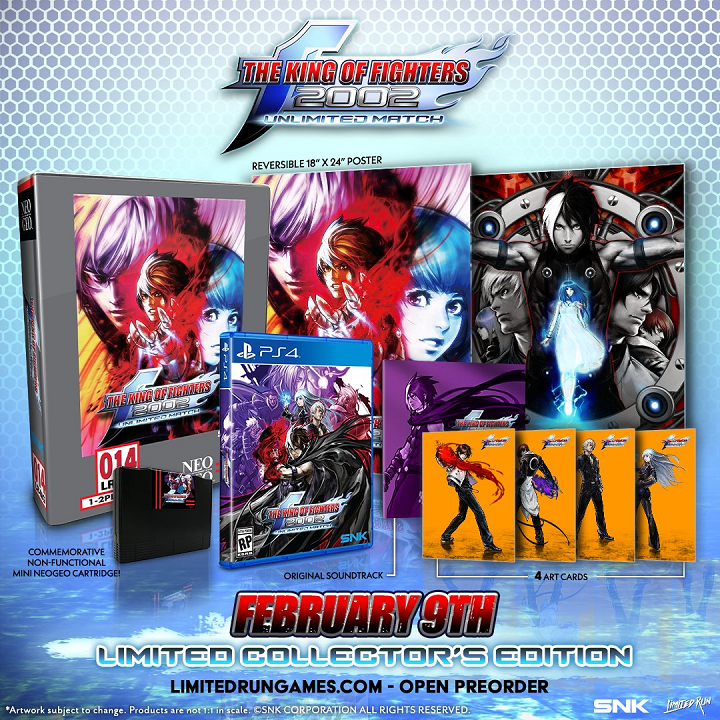 Finally, a SNK/LRG shockbox package that isn't a PS2 Classics game on a disc. Y'all might actually enjoy playing this one! 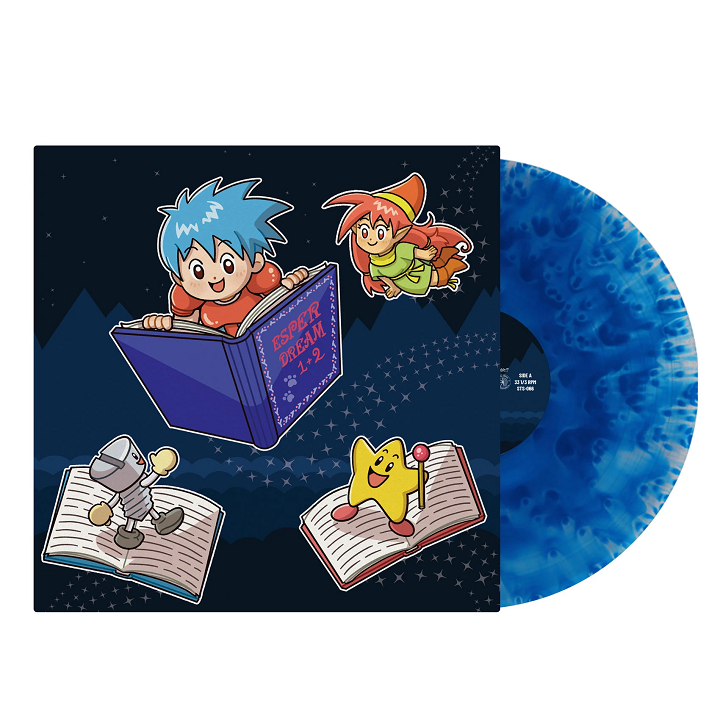 You've probably never played either game in Konami's cult ESP-themed action-RPG series, seeing as they were released exclusively for the Famicom Disk System and Famicom, respectively, but you can trust that their soundtracks — the former written by Castlevania composer Kinuyo Yamashita, and the latter VRC6-powered soundtrack written by Manami Matsumae and Shigemasu Matsuo — uphold the exceptionally high standards that Konami's 8-bit games were known for. (The games themselves aren't bad, either, and they've both been translated, so have at it.) 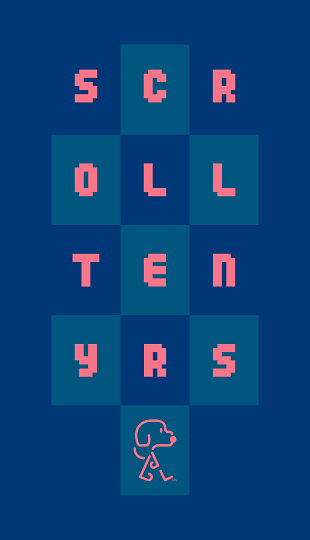 Former and eternal Retronauts host Ray Barnholt is commemorating the tenth anniversary of his eclectic and personal game zine series SCROLL with a promo sale: use the code 10YEARS at checkout to get digital version of any or all issues for 50% off. 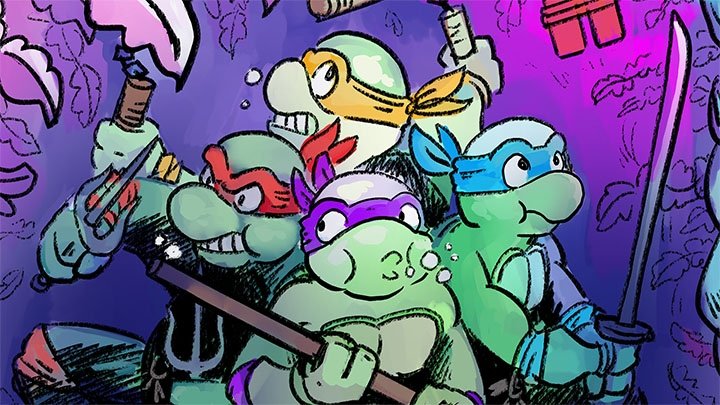