If this week's offering strike you as meager, dear readers, then please turn your attention to a new game coming tomorrow: a long-demanded revival of a beloved on-rails shooting game that focuses on exacting, memorization-heavy gameplay and is teeming with grotesque and horrifying monsters,... and if that's not enough, R-TYPE FINAL 2's out, too. 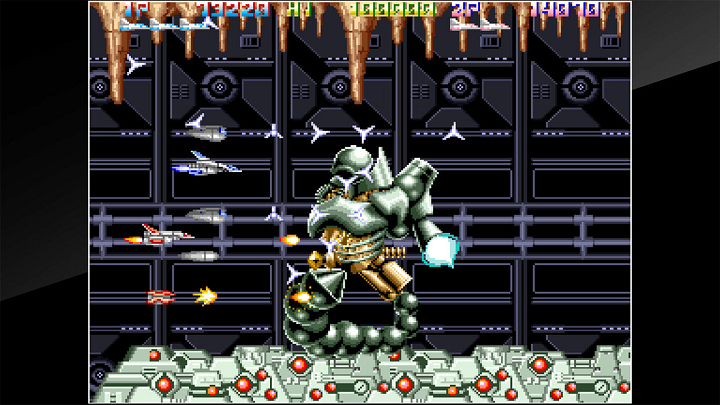 What's this? The prettier, meatier and more rockin' follow-up to Konami's Gradius-adjacent horizontal shooter, originally released in arcades in 1991 and reissued on home platforms for the first time this week; much like the original Thunder Cross, this game's rather modest mechanical hook is its vertically-aligned options, the position of which can be manually adjusted with a button press.

Why should I care? Even moreso than the original, Thunder Cross II has all the visual charm and kinetic panache of Konami's more famous shooting games but with a much more relaxed difficulty curve and, thanks to then-newcomer and former Tecmo composer Mikio "Metal Yuhki" Saito, an uncharacteristically rockin' soundtrack (with no shortage of orchestra hits, mind).

Helpful tip: The Arcade Archives version of Thunder Cross II offers the option of controlling the 2P ship with the 1P controller, and for good reason: due to a rather advantageous bug in the original game, enemies do not flash after being shot by this ship, meaning your damage-per-second is substantially higher and lets you take down more durable enemies with relative ease.

What's this? The only bona fide sequel to Jaleco's beloved and oft-reissued arcade action game, developed by indie team Studio Rumba and distributed on Japanese feature phones from 2004; on top of the new "rocket" boosting maneuver, the dot-eater-esque road-painting objective has been replaced with locating and collecting briefcases containing classified info, and the stages themselves feature more enemies, more locales and even boss fights, on top of a silly story about Clarice working as a spy for the UN.

Why should I care? It's packed with a reasonable amount of cute art, and the cumbersome controls and performance aren't strictly an impediment to unlocking said art.

Useless fact: Unlike most Japanese feature phone games, this one has been reissued on dedicated hardware before: specifically, it was one of the extremely few games released as part of Hamster's Appli Archives series, which lived and died with the ill-fated PlayStation Mobile initiative of the mid-2010s.

What's this? The first entry in a well-regarded series of feature phone-exclusive JRPGs, distributed on Japanese feature phones in 2004 and succeeded by remakes and sequels for a decade after; this game was first reissued on Switch a year ago as the first entry in the G-MODE Archives series of Japanese pre-smartphone mobile game reissues, and that series has now branched out to PC. (Note that the game itself, and presumably all subsequent releases, remain entirely untranslated.)

Why should I care? I had no idea how to respond to this idea a year ago, but I can now say that Flyhight Cloudia is a respectable, if mostly conventional and somewhat terse RPG that showed great ambition for its platform and can stand admirably alongside similar offerings for contemporary gaming hardware like the Game Boy Advance.

Helpful tip: If you do try and enjoy Flyhight Cloudia, know that G-MODE's not sticking to the original release order established on Switch and will be releasing games out of sequence, so the Flyhight sequels in particular will be arriving on PC in the very near future. 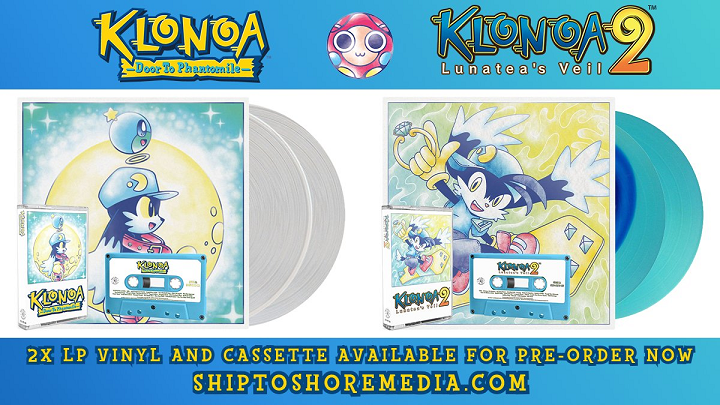 Once again, Ship to Shore opened orders for a very in-demand soundtrack just far enough in advance of the roundup that the 2-LP vinyl set is already sold out, but shockingly enough, there are still plenty of copies available for cassette! (The original, Jeremy Parish-augmented soundtracks for the original Klonoa have also been reprinted on vinyl and cassette, both of which are in stock as of this writing.) 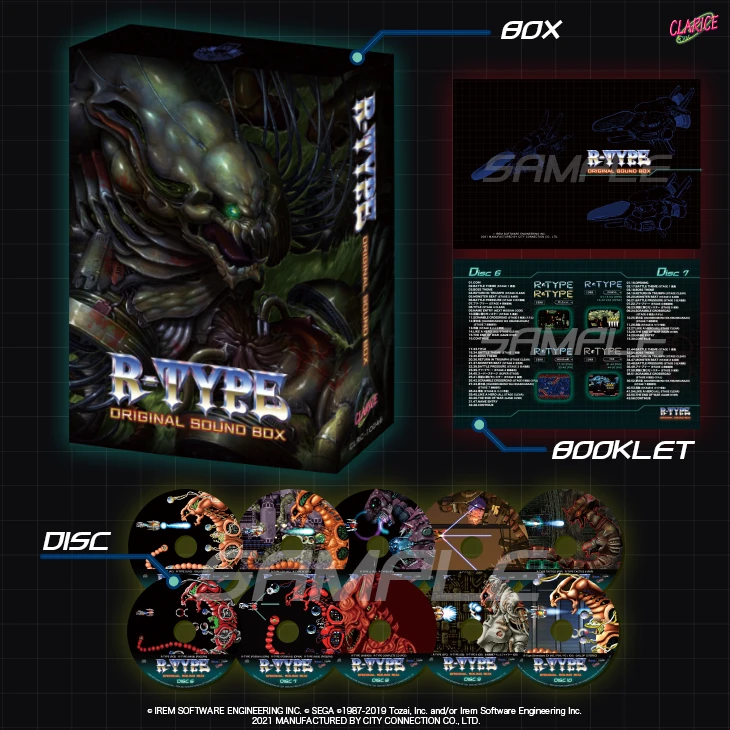 Ever seen, liked or enjoyed any particular game or port in the R-TYPE series? Odds are, you'll find its music on one of the ten CD included in this comprehensive series box set, which covers every main-line and spinoff title (save for the imminent R-TYPE Final 2) as well as almost every single port ever produced, completely with interviews with the series' various composers— at a glance, only Chris Huelsbeck's original tunes from the C64/Amiga versions are unaccounted for. (Nippon Ichi Software America may or may not be releasing versions of this box set in the US, including a 5LP variant, so keep an eye on their socials over the next day or two...)