Not the most eventful week in retro reissue-land, dear readers, but I'm sure you're all saving yourselves for Skyward Sword HD next week, right? Anyone? No? Okay then. 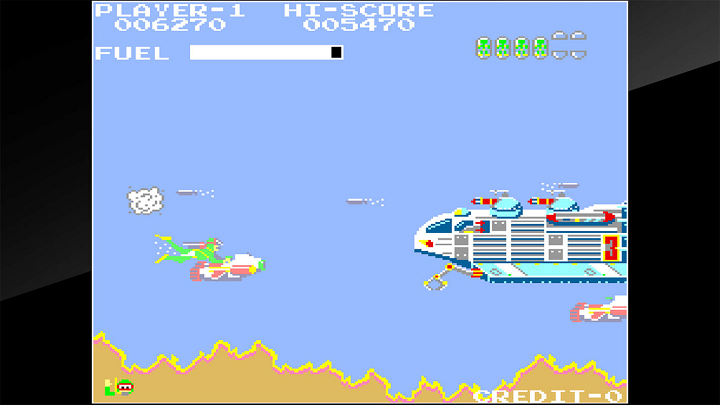 What's this? An aquatic side-scrolling shooting game, developed and distributed in arcades by Taito in 1984 and reissued as part of the '00s Taito Memories series for PlayStation 2 and PSP. The player is tasked with rescuing hostages and defeating enemies through the use of a sea scooter, which can be abandoned and replaced by the scooters of defeated enemies; these scooters will explode upon taking damage (or, for some reason, running out of fuel), but the player can detach from the scooter and escape from the fatal explosion if they're quick enough.

Why should I care? Simple as it is, the gimmick of constantly replacing and jettisoning the scooters is fun and surprisingly straightforward for a game of this vintage.

Useless fact: This game signifies the first release as part of a tighter relationship between Taito and Hamster, which will see Taito committing more games to the label, which will in turn be released as retail compilations for Nintendo Switch (in Japan, at least) under the name Taito Milestones.

What's this? A "bullet-hell training app" based on the arcade shooting game DoDonPachi Dai-Ou-Jou, originally developed and released by Cave for Japanese feature phones in 2006; this app recreates several bosses from the original arcade game (as well as the "double Hibachi" fight from the PS2 port) and challenges the player to repeatedly clear them, gradually upping the difficulty in an attempt to grade the player on their danmaku proficiency.

Why should I care? You want to see what just a year's difference, and the pure focus on bosses over stages, was able to afford this app over the previous Dai-Ou-Jou conversion reissued on G-MODE Archives a little while ago — both the basic playability and the faithfulness to the original game's bosses are truly impressive, especially at the higher difficulty levels.

What's this? A double-pack containing both of the recent remakes of Grasshopper Manufacture's maiden crime-solving visual novel series: 1999's The Silver Case, originally released on the Sony PlayStation exclusively in Japan, and The 25th Ward: The Silver Case, originally released episodically on Japanese phones during the mid-to-late '00s; these Unity-powered versions include upscaled, color-corrected and occasionally redrawn assets, remastered and additional remixes of Masafumi Takada's soundtrack courtesy of Akira Yamaoka, and additional scenarios for each title. (The deluxe edition contains a soundtrack CD and softcover artbook, and the limited edition adds two comics, a poster and upgrades the artbook to hardcover.)

Why should I care? The satirical social commentary and fractured narrative you might know from other early Grasshopper works like Killer7 is present here in raw, undiluted form, and the "Filmic Window" display, which frames the game through the spectrum of turn-of-the-millennium media overload, remains as arresting as ever. (The games themselves are essentially linear and typically quite guided, so while you may not always follow it, you won't have to struggle to see it through.)

Helpful tip: Goichi Suda's games have only become more self-referential over time, and not only do the new scenarios added to these remakes make explicit connections to other games outside the series (including certain games that predate Grasshopper Manufacture) but recent Suda games including the upcoming No More Heroes III exist in a more formalised metaverse that presumes or at least expects some degree of familiarity with his other works, so those waiting on NMHIII may want to get these games out of the way beforehand. 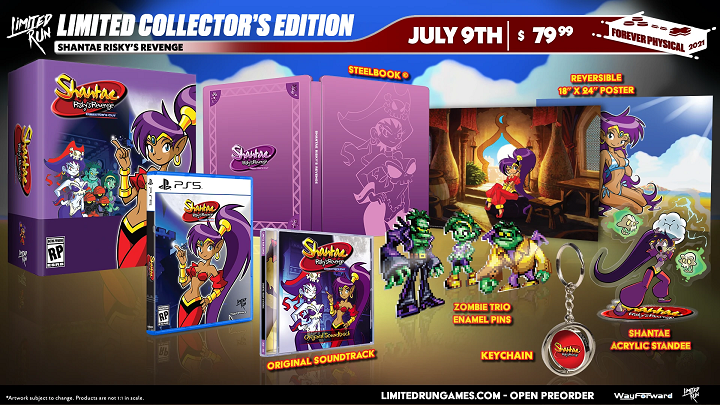 This PS5 version of Shantae 2 may not be the novelty it once was — it's already available everywhere else, and it's getting a Best Buy run so it's not even especially limited — but you might be interested in some of the Risky's Revenge-themed merch, which includes hoodies, hats, stickers, keychains and a new shirt designed by longtime Shantae series collaborator KOU. (LRG's also selling a PS5 slipcase that'll fit all five Shantae games,) 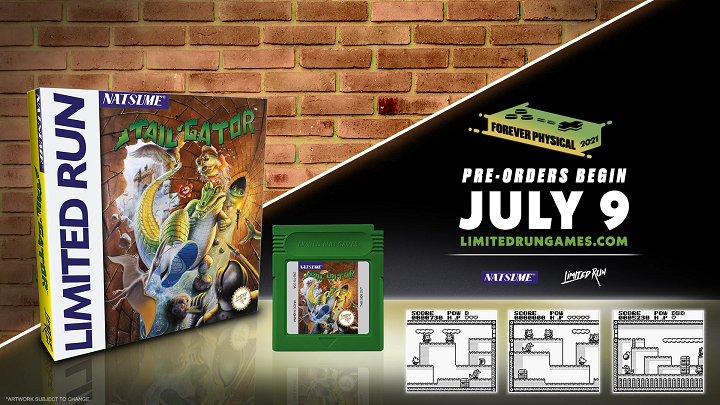 Tail Gator's not just a fine entry in the proud tradition of tiny-sprited Game Boy action games from the unsung workhorses at Natsume-Atari, it's also one of the many classic games that commands an exorbitant aftermarket price, so this might be your last version to ever cop an official-ish cartridge version at a reasonable price. Also, I've never noticed how horrific that cover art is until now and I'd be willing to pay $35 to never look at it again.