This week's update comes to you just hours before a much-anticipated Nintendo Direct event, which is heavily rumored to announce such Retronauts-relevant releases as a GBA-era Castlevania collection, a Klonoa 1+2 double-pack, the broader international release of Mr. Driller DrillLand and Game Boy support for Nintendo Switch Online. If none of these things eventuate, you have my apologies; if they do eventuate but you don't see them here, it's because this thing's running in the early AM in my corner of the world and I can't afford to be around that early for the sake of watching a press release, but I does what I cans.

For the first time in literal years, there has been no Arcade Archives release scheduled for this week. Now, it could be that they have some surprise planned to coincide with the upcoming Nintendo Direct, or it could be that the current Japanese public holiday has throw Hamster's schedule out of whack for a day or two... but, given the fact that Hamster's president and producer has been living in his office for almost the entire duration of the pandemic and recently caught the delta variant, it may be that they're simply not capable of releasing anything this week, in which case: dude, just stop. (It also might be Taito's Typhoon Gal, in which case: woohoo, Typhoon Gal!)

What's this? Flyhight Cloudia the 4th, originally released for Japanese feature phones in 2009 via G-MODE's "RPG-MODE" service and later ported to Android; this game succeeds the original trilogy with a new story in the same universe and inherits the signature weight-based combat system, as well as new features like a wide-screen display option and an auto-battle option. (This is the first G-MODE Archives reissue to launch simultaneously on Switch and PC, and also the first to be priced higher than the equivalent of $5, on account of the fact that they haven't been recouping development costs and the entire reissue series is on the brink of cancellation.)

Why should I care? Four games in, this series really did transcend the limitations and preconceived image of a feature-phone RPG... and unfortunately tumbled into the uncanny valley of "traditional, very cheap-looking RPG", but trust me, looks can be deceiving. (Reminder: these games are all presented in their original Japanese, even on Steam.)

Useless fact: There is one more game in this series — Flyhight Frontier, a time-skip sequel to this game — but it was a live-service game that was terminated before its due, so you can presume it won't be reissued via this label or anywhere else.

What's this? A remaster of Blizzard's genre-defining demonic loot treadmill, originally released for PC and Mac in 2001. This Vicarious Visions-helmed remaster includes the original game and the 2001 Lords of Destruction expansion pack and seeks to renew both the network functionality and the visuals while maintaining and replicating the core game structure; players can toggle between the original 2D visuals and the new 4K-optimized 3D visuals with a button press, import their save from the original PC version and share saves across versions, and utilize new quality-of-life functionality like a shared item stash and optional auto-pickup.

Why should I care? You're willing to roll the dice on a Blizzard remaster after Warcraft III: Reforged, the unquestionable frontrunner for worst remaster of all time, and you're also willing to turn a blind eye to the litany of systemic failures on the part of Acti-Blizz management when it comes to human and equitable treatment of their workforce.

Helpful tip: An extremely quick glance at the reactions from people attempting to play at launch suggests the servers are completely busted and the game's barely playable... so, seriously, give it a minute.

You might be wondering how this emulated collection of Game Boy-era SaGa games differs from the collection released on Switch at the end of the last year, and the answer is... it doesn't, really: it's essentially the same program but on your telephone, which makes sense given that the Switch version was already just a mobile emulator ported to Switch. (For the phone-allergic and Switch-agnostic among you, you'll be able to grab this collection on PC in a few weeks.)

This overwhelmingly in-depth fan-made update to the original N64 Smash Bros. game has finally reached official release status — on top of adding and implementing a ton of new and recreated characters, stages and music, it also offers new single-player modes, toggles for specific regional version differences, extremely granular training and debug options and a wealth of quality-of-life features too numerous to list. (You'll need an Expansion Pak in order to play this mod on real hardware, but it does work!)

IS THIS A SERVBOT PLUSH?

Yes, it's a Servbot plush (via Fangamer) 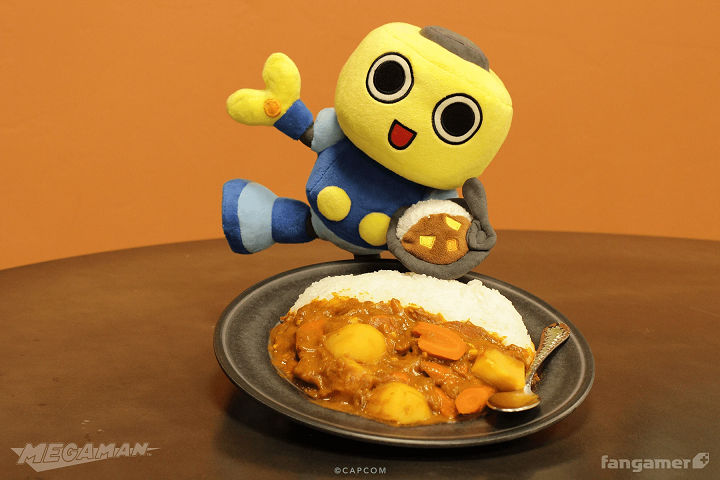 Ya did good, Nina.