This roundup marks yet another uncharacteristically shooter-heavy week of classic reissues, and there are quite a few more queued up for the rest of the month, too... but if dodging bullets ain't your thing, never fear: Mappy's coming to Arcade Archives next week, and what's more wholesome than playing as a cop? 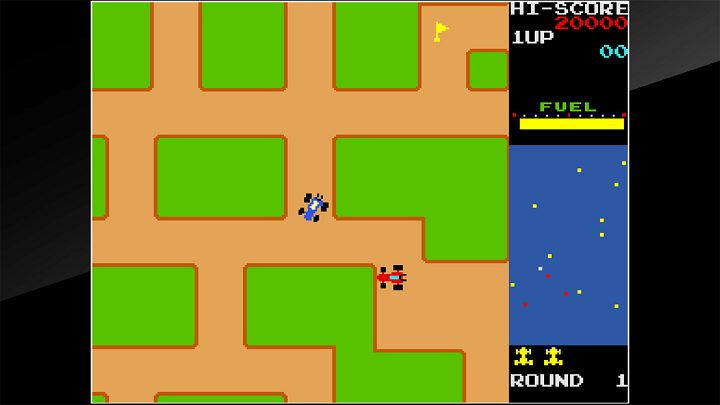 What's this? An overhead maze game with a racing theme, originally developed and distributed in Japanese arcades by Namco in late 1980, with North American arcade distribution handled by Midway in early 1981 and a multitude of ports and reissues thereafter; players are tasked with navigating a scrolling maze in search of yellow flags while being pursued by red enemy vehicles that can be stunned with a smoke screen ability, at the cost of the player vehicle's fuel.

Why should I care? Given that the extremely similar revision New Rally X is bound to show up sooner or later, you could probably just wait, but if you really want to experience the game that Namco's Japanese team presumed would outsell Pac-Man in America, or just the game that debuted the Special Flag item that's appeared in every other game from here to Smash, there are worse ways to spend fifteen minutes.

Useless fact: Rally X's name entry tune was the debut work of the legendary Namco composer Nobuyuki Ohnogi, who passed away in 2019.

What's this? A sci-fi, anime-infused horizontally scrolling shooting game, originally developed by Masaya and published for the Sega Mega Drive exclusively in Japan in 1992, with an eventual global release many years later via Wii Virtual Console, and a licensed Japanese cartridge reissue in 2019; handled by Turrican Flashback developers Ratalaika Games, this emulated re-release offers a familiar suite of display settings, button configs and save state/rewind options, as well as an optional translation for the game's cutscenes and a new "modern" mode that maps otherwise inaccessible functionality to the right analogue stick and other buttons for a new play experience.

Why should I care? You're specifically after a Japan-only Mega Drive shooting game that's not only a cut above the pack in terms of visuals and sound but also offers a relatively relaxed degree of challenge, especially with the difficulty settings cranked all the way down.

Possibly-inaccurate speculation: Just based on the relationships of the many companies involved, I suspect an official international version of Columbus Circle's Gleylancer cartridge reissue is going to be announced by a certain international boutique publisher, and sooner rather than later, so if you're someone who tries the game for the first time with this digital re-release and wants to seek out a physical copy for the original hardware, I'd suggest waiting a little while, rather than shelling out the ridiculous aftermarket prices for either the original run or the Japanese reissue. 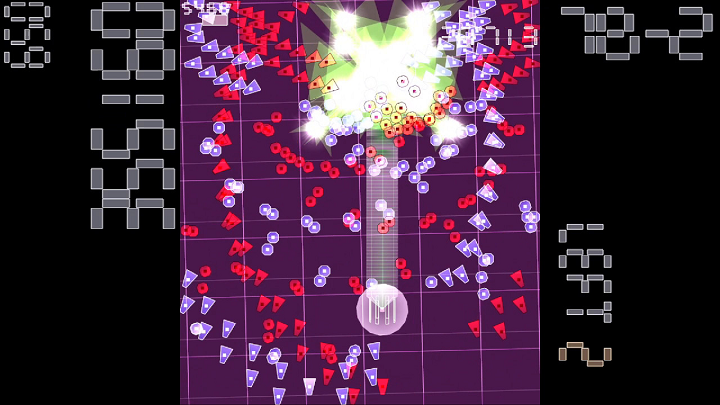 What're these? A remaster of the multi-mode boss-rush shooting game developed and released for PC by acclaimed open-source developer ABA (aka Kenta Cho), originally released in 2003 and subsequently ported to a multitude of other platforms by various fans, as well as being included as a hidden unlockable in the Wii game Blast Works: Build, Trade, Destroy, itself a licensed remake of another Kenta Cho shooter. This first-ever standalone commercial version offers optional analogue or touch controls over the standard digital controls, new menus and the option to disable slowdown. (It'll be out in the rest of the world next week, if all goes well.)

Why should I care? Those of you who weren't around during the nascent '00s indie boom may not be aware of Kenta Cho, but his abstract and inventive freeware shooting games drew just as much attention as the likes of Cave Story in their day, and rRootage's relatively straightforward structure and assortment of modes that pay direct homage to contemporary shooting games make it a great introduction to his unique oeuvre; the dev's also boasting that this particular port is the smallest, most responsive and most battery-efficient game on the entire eShop, and I'd like to hope they're right. (They're also promising more Kenta Cho ports if this one breaks even...)

Helpful tip: In case you missed 'em, Kenta Cho returned to the gaming scene and has produced a lot, and I mean a lot, of new experimental games. 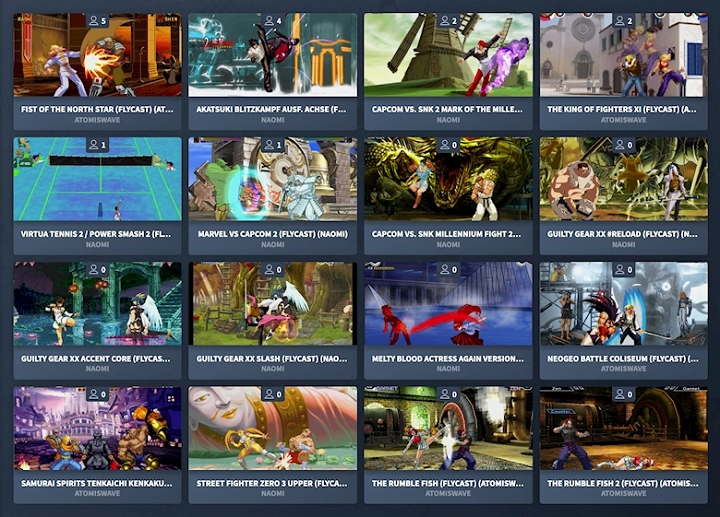 The Flycast Dojo emulator, recent go-to for playing emulated Dreamcast-family fighting games online, has just been integrated into Fightcade, meaning there now exists an online matchmaking service and active player base for all your favorite Dreamcast, NAOMI and Atomiswave fighting games, many of which have never been ported beyond their initial releases, let alone with competent netcode. (Here's a day-1 FAQ that should address any setup issues you might have.) 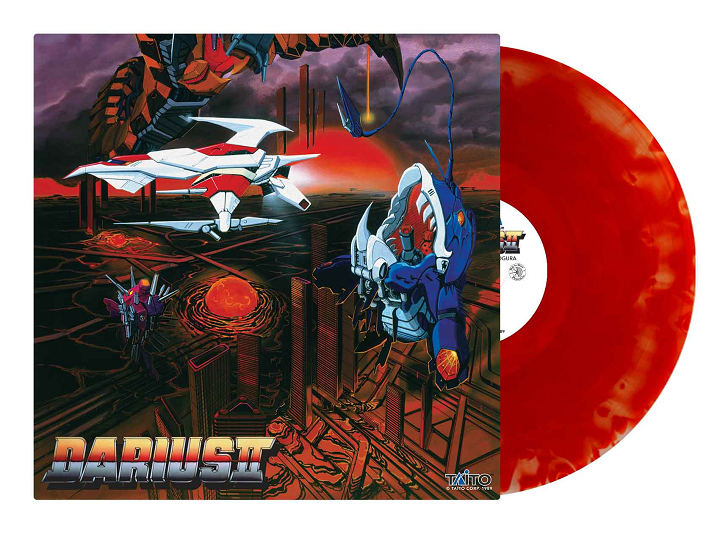 Sandwiched between the recent Darius legacy releases for consoles and the impending Steam ports comes this vinyl soundtrack release for the original arcade version of Darius II (more commonly known outside of Japan as Sagaia), a game that heralded a new level of avant-garde conceptualism from famed series composer Hisayoshi "OGR" Ogura. This vinyl is available in both "red crab" and clear variants depending on the vendor, with each version adorned with production art and liner notes from OGR and journalist Anthony John Agnello.