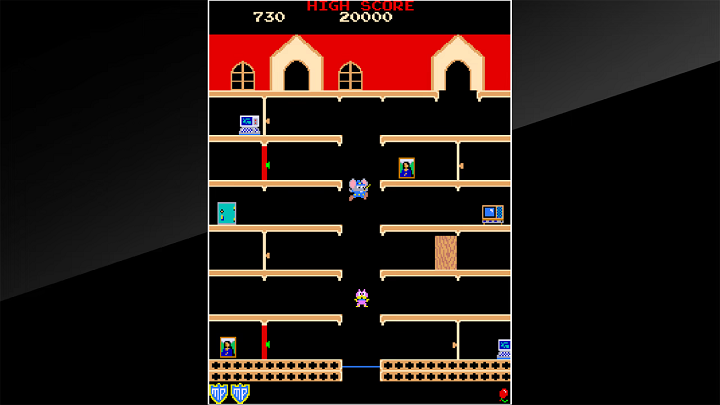 What's this? A side-view maze game starring a policeman mouse attempting to retrieve stolen loot from a gang of criminal cats, originally developed and released in arcades by Namco in 1983, with numerous contemporary ports and console-exclusive sequels produced immediately afterwards, almost none of which left Japan until the emulation era. The player is tasked with traversing each vertically-aligned, multi-tiered mansion stage by bouncing on trampolines to access the appropriate floors; the enemy cats can be thwarted by opening and closing doors on each floor, and collecting all the loot in a specific order will award big point bonuses.

Why should I care? Mappy's one of those popular-in-Japan games that has been gradually subsumed into the collective global canon of Namco arcade classics despite not being nearly as successful or beloved as the likes of Pac-Man or Galaga, but unlike many other games that share that predicament, it's an easy pill to swallow — it's not quite as immediately intuitive as those games but it quickly reveals itself to be just as fun and addictive, and the aesthetic (which includes one of the earliest pieces of popular, looping video game music) is incredibly charming. Beyond that, the game is one of the more celebrated works of, and was a personal favorite of, the recently-departed Hiroshi "Mr. Dotman" Ono, so playing a few games would be as fine a tribute to his legacy as anything else one might suggest.

Useless fact: Mappy features an incredibly obscure cheat code that allows one to bring up the Namco copyright message after a certain bonus stage by entering a combination of buttons that requires both the 1P and 2P arcade inputs, and Hamster has added a 2P button-map for the 1P controls for the sole purpose of facilitating this code that few know about and nobody will ever use.

What's this? A modern sequel to Jaleco's cult arcade action game Momoko 120%, originally developed by Studio Runba and released in two parts (combined for this release) for the Jaleco Garesso i-mode service in 2006; this version preserves the very core conceit of run-and-gun action with a young protagonist who ages after each stage but expands it with super moves, branching "evolutions" based on performance and a lot of very silly and more contemporary character designs.

Why should I care? The arcade game built a reputation off mixing surrealistic settings with a character that leaned into what we now call "moe", and this mobile version certainly escalates both elements to the extent one might expect from a mid-'00s game. I'd also say it's more mechanically engaging than the original, too, not that the arcade game set a particularly high bar.

What's this? A no-frills collection of the three Game Boy entries in Square-Enix's long-running series of idiosyncratic RPGs, SaGa, which has finally made its way to PC after being released on Switch at the end of last year and on smartphones last month. This collection offers ever-so-slightly-modified versions of both the original Japanese games and the versions originally localised under the name Final Fantasy Legend, with an optional high-speed setting, an extremely basic suite of screen/border options and the ability to choose either a vertically- or horizontally-aligned display (which is useful on other platforms, but less so on PC).

Why should I care? SaGa has long been notorious for being a deliberately hostile and confusing series but the Game Boy games, curtailed as they were by the limitations of the original hardware, are as straightforward an entrypoint into the series as you're ever going to find, and remain so in spite of this collection's utter dearth of any substantial enhancements, features or aides. (The games do retain regular-speed audio in fast-forward mode, though, which ought to be far more common among games with fast-forward modes.)

What're these? A VR remaster of Capcom's classic, omni-ported action-horror game Resident Evil 4, originally released for the Nintendo Gamecube in 2005; produced by Armature Studios and entirely funded by your pals and mine, Facebook, this Unreal Engine-powered interpretation reconfigures the entire game for virtual reality, with the most notable changes being huge revamps to the combat system to account for the largely first-person perspective, physical aiming and reloading, independent aiming and movement and other additions like the ability to dual-wield and more directly interact with environmental objects, with multiple configurations designed for those who want fuller or more guided camera control, more or less involved physical inputs, etc.

Why should I care? We all care, let's not kid ourselves — the fact that it's locked to a very specific Oculus headset is the issue, and I somehow suspect that the Retronauts audience and the VR audience don't overlap a whole lot, so even those who do own a VR headset are probably out of luck, but if you're able to try it out, and still willing to endure the indignity of having an active Facebook account, you should let us know how it is, because it sure looks rad.

Helpful tip: RE4VR is, allegedly, completely separate from the still-just-a-rumor-but-it's-totally-real RE4 remake coming from Capcom themselves.

What're these? A remaster of the multi-mode boss-rush shooting game developed and released for PC by acclaimed open-source developer ABA (aka Kenta Cho), originally released in 2003 and subsequently ported to a multitude of other platforms by various fans, as well as being included as a hidden unlockable in the Wii game Blast Works: Build, Trade, Destroy, itself a licensed remake of another Kenta Cho shooter. This first-ever standalone commercial version offers optional analogue or touch controls over the standard digital controls, new menus and the option to disable slowdown.

Why should I care? Those of you who weren't around during the nascent '00s indie boom may not be aware of Kenta Cho, but his abstract and inventive freeware shooting games drew just as much attention as the likes of Cave Story in their day, and rRootage's relatively straightforward structure and assortment of modes that pay direct homage to contemporary shooting games make it a great introduction to his unique oeuvre; the dev's also boasting that this particular port is the smallest, most responsive and most battery-efficient game on the entire eShop, and I'd like to hope they're right. (They're also promising more Kenta Cho ports if this one breaks even...)

Helpful tip: In case you missed 'em, Kenta Cho returned to the gaming scene and has produced a lot, and I mean a lot, of new experimental games. 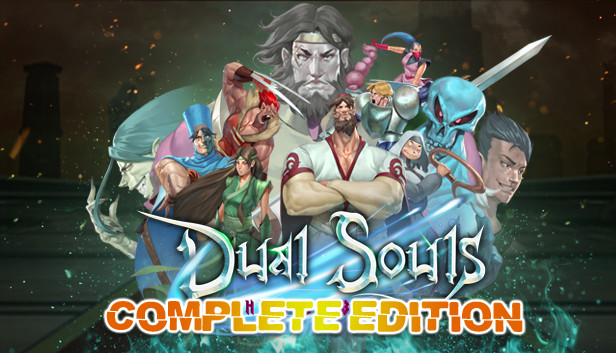 While it was by no means a masterpiece, the Game Boy Advance fighting game Dual Blades, made by a tiny Turkish team under extremely unfavorable conditions, was a very earnest attempt at replicating the essence of a late-era Neogeo game on a handheld and one that boasted a deceptive amount of depth; that same team has persevered with new takes on the same concepts across mobile and PC, and their new 20th anniversary bundle not only includes previous PC iterations of the series but also includes a never-before-seen revision of the GBA original, which contains several system changes and additional content intended for a European release that never eventuated — this is something a tiny handful of people have been curious about for well over a decade, and now they can finally go hands-on with this unreleased oddity. 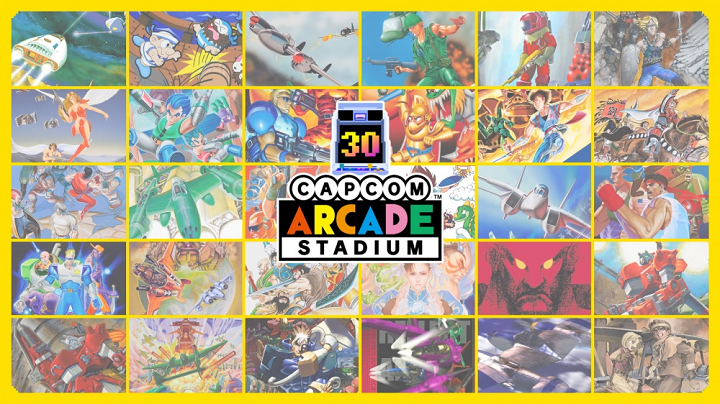 Just as the title says, you can now buy any of the free-to-download Capcom Arcade Stadium's 30+ arcade games individually for the equivalent of $2 a pop, rather than being forced to buy them in bulk 10-game packs. (Said packs are on sale at the moment, as it happens.) 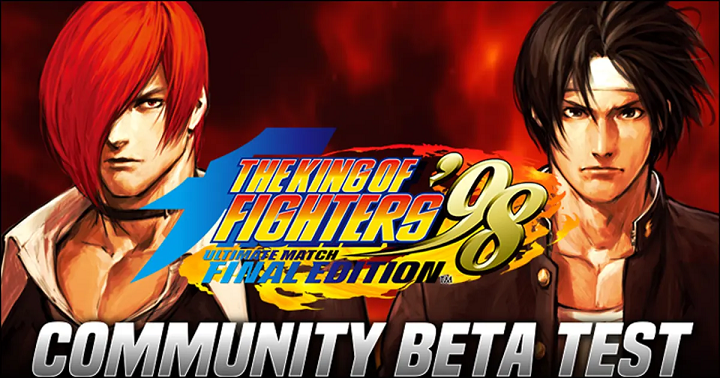 Those of you who own KOF98UMFE on Steam have the option of helping developer Code Mystics iron out the impending rollback netcode update (which, in case you forgot, will make online play actually functional, as opposed to not). The beta will be active until October 29; to opt in, go to Properties > Beta in the dropdown menu and select "64-bit Rollback Beta". 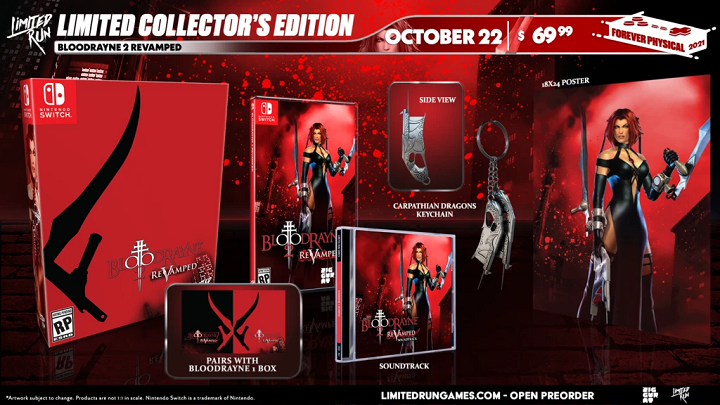 From what I gather, these "revamped" versions of the two original Bloodrayne games are identical to the modest "Terminal Cut" remasters released on PC several months ago, save for the new subtitle which is not bad enough to be interesting, and therefore absolutely appropriate. These physical versions are going up for order a few weeks ahead of the digital versions, 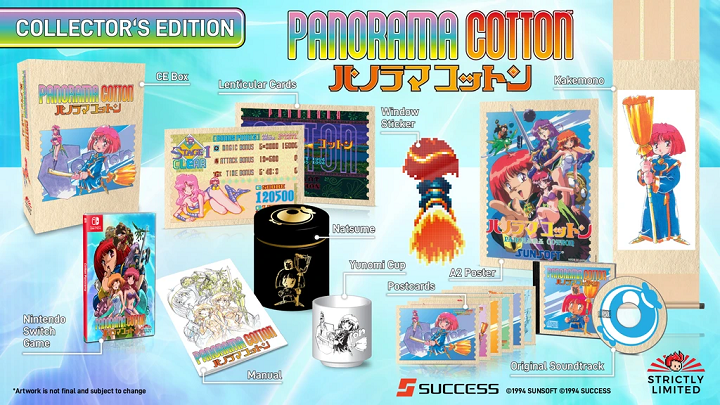 The Cotton 30th anniversary celebrations continue with the first-ever international releases of Panorama Cotton, the 1994 Mega Drive sequel renowned for its ambitious-to-a-fault pseudo-3D visuals, as well as Cotton 100%, a Super Famicom remix of the arcade original, both of which are (gasp!) shockingly expensive on the after-market. Both games will be available digitally by the end of next week but the orders for the physical versions are going up a little early and the PAL SNES/MD cartridges are going to be particularly scarce, so fix up.

The inclusion of playable Master System games within the latest Yakuza spinoff Lost Judgment gave the Mega Drive Mini team another excuse to squeeze just a little more blood from this stone with the Mega Drive Tower Mini Zero, a replica Master Converter accessory for the Mega Drive Mini that comes with (non-playable) replicas of all the Sega Mark III games contained within Lost Judgment, in either cartridge or MyCard format where appropriate; of special note is the Darius II cartridge, which is actually a mock-up of a Japanese Mark III version of the Europe-only Master System port of Sagaia. Do note, of course, that this accessory will not fit a Genesis Mini, as the cartridge slots/shapes are incompatible. (For any MyCard-obsesses Retronauts hosts out there, the ebten version exclusively contains a whole bunch more pretend MyCards for no particular reason.)