I'd have to look it up, but I suspect the centrepiece of this week's roundup — Clockwork Aquario, a shelved Westone arcade game that has been freed from a quarter-century of complete obscurity — might be the first game that isn't a re-release or reissue so much as a bona fide debut release. Was it worth the wait, dear readers? 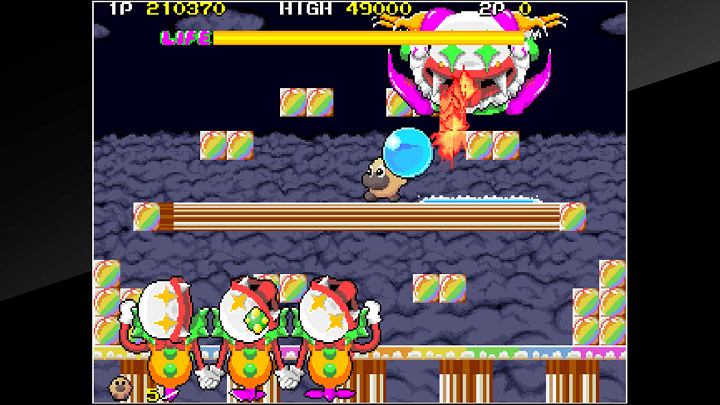 What's this? A cutesy action-platformer with a water=projectile mechanic, originally developed and distributed in arcades by Taito in 1990, with ports produced for PC Engine and Sega Saturn, as well as an ill-fated Amiga conversion that eventually surfaced in 2003. Players control the vaguely hippo-esque Hipopo on a quest to rescue his friends from FIRE SATAN; Hipopo can stun and attack enemies by charging and throwing large spheres of water, which not only burst on contact but will create torrents of water that can push objects and enemies, linger on surfaces and neutralize certain enemy attacks.

Why should I care? You're looking for a game with a lot of charm and a constant array of new gimmicks, or something that adapts the very broad DNA of fixed-screen action games like Bubble Bobble or Snow Bros. for the more shepherded format of a platformer. (It's also worth pointing out that this is the first Arcade Archives game based around Taito's F2 hardware, which powered such games as Metal Black, Gun Frontier, Growl and Dino Rex, to name but a few potential upcomers.)

Useless fact: The character of Hipopo is said to be derived from a toy owned by the game's lead designer — the designer's father was a toymaker by trade and created that original character for his son as a child, and so he was able to bring his childhood pal to life via the medium of interactive video. Aww.

What's this? A remastered collection of games and activities from Nintendo's two Big Brain Academy games, originally released for the Nintendo DS and Wii, respectively, as part of the super-casual "Touch Generations" label of the mid-'00s; this new version includes retuned versions of select puzzles and tests from the previous games and adds new accessibility settings, revised controls for both touch-screen and buttons where appropriate, an avatar customization system and the ability to exchange and play against ghost data online.

Why should I care? Unlike the more famous and influential Brain Age series, Big Brain Academy makes less pretenses about its efficacy as a cognitive exercise and offers something closer to a party game experience, should one be willing to accept grade-school activity book puzzles as appropriate party games.

Useless fact: If you're a North American who's only just now remembering that there was a Brain Age revival game for Switch that never came out in your region, allow me to enlighten you as to why — apparently, a change in US regulations has made it exceedingly difficult to release any game that makes any sort of claim towards being a brain training tool, so Nintendo just didn't bother.

What's this? The first official release of a cancelled mid-'90s arcade game by Wonder Boy/Monster World creators Westone, developed for Sega's System 18 arcade hardware but scrapped after numerous fruitless revisions and location tests; restored from barely-functioning binaries by Steve Snake and Ratalaika Games in consultation with the original developers, this release presents the game in as authentic a state as possible, with the addition of an optional arranged soundtrack, access to the arcade board settings and a gallery of original promotional and production art.

Why should I care? You're one of the Monster World fanatics for whom Aquario has been a major source of curiosity for the last decade, if not longer, and you can accept that a barely-complete game that failed multiple location tests probably isn't going to provide an earth-shattering play experience.

Helpful tip: Europe's getting this a few weeks early; it'll be out elsewhere on December 14.

Why should I care? I'm glad Stuart wrote about this subject relatively recently, because I haven't played a-one of 'em. Decadence is the least on-the-nose corny subtitle I've seen in a while, I'll say that much.

Helpful tip: Danganronpa S may or may not be a bald-faced attempt to shoehorn a gacha system into a franchise that could not otherwise accommodate it. Maybe that's something y'all have been demanding, what do I know. 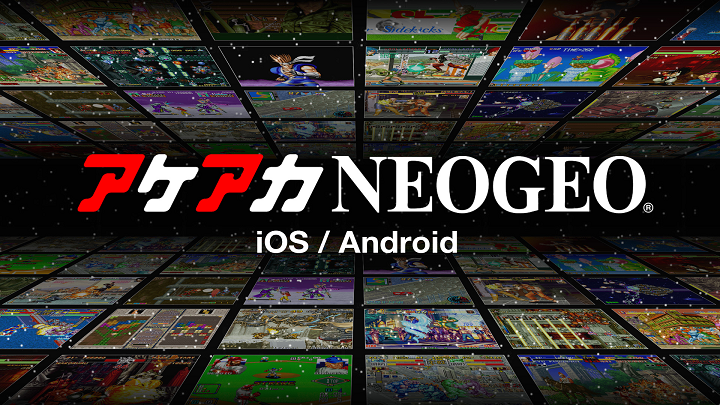 Hamster damn near cleaned out the Neogeo MVS library on consoles and made a pretty penny doing so, so it stands to reason that they'd eventually start reissuing SNK's classics elsewhere. The three launch titles — Metal Slug 5, Samurai Shodown IV and Alpha Mission II — come equipped with virtual button options on top of the usual Arcade Archives features like ROM settings, online leaderboards and save states, and all without microtransactions or ads. (My understanding is they do not support external controllers, but if I'm wrong on that, please let us all know.)

Brand-new NES games are so plentiful nowadays that you'd be remiss for missing the release of Witch n' Wiz, a very polished side-view puzzle-platformer in the vein of Solomon's Key 2 or Catrap — you can play it for free in your browser, buy the ROM on itch.io or, if you're already fully on-board, grab the official cartridge version from Limited Run Games this weekend.