Unfortunately, this is yet another roundup that brings with it some sad news: Masayuki Uemura, former Nintendo engineer and academic who led the design on many of Nintendo's earliest home video game hardware including the Famicom/NES and Super Nintendo/SNES, passed away earlier this week at the age of 78. If there's one small comfort to be had, it's that Uemura was prolific in sharing his insights and memories with historians and fans around the world, including our own Jeremy Parish, and that seeing the cultural longevity of the product he designed was a constant source of joy until the very end. Rest in peace. 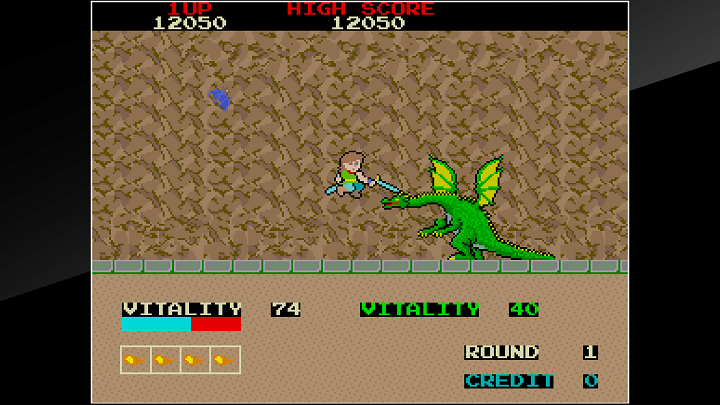 What's this? An RPG-tinged action game about bustin' dragons, originally developed and released in arcades by Namco in 1984, with remixes and sequels produced for the Famicom and several more straightforward ports and reissues produced across the decades, almost all of which remained exclusive to Japan. Players control the sword-wielding Clovis on a quest to rescue the princess Celia; in between the many side-scrolling, item-laden action sequences is a map screen that allows you to choose your progress along a variety of different routes, which not only determine which stages you'll face but which items you'll be able to collect.

Why should I care? You want to experience a very obvious precursor to the likes of Zelda II and Wonder Boy in Monster Land, and you want to do it via a format that'll let you jump with a button like a dignified being, and not by pushing up on the joystick like a goddamned degenerate.

Useless fact: Dragon Buster's player-character is somewhat notorious for his right-facing sprite which, due to the frugal re-use of a particular programming routine, essentially renders his torso backwards with his arms swinging in an unnatural fashion —the original creators have always disliked how it looked, and so Hamster & co. have added an optional toggle to allow the game to display the right-facing sprite in a less incorrect fashion, as envisaged by the original designer.

What's this? Mario's second RPG outing and the first in the Intelligent Systems-developed Paper Mario series, originally published for the Nintendo 64 in 2000. Players control Mario on a relatively routine save-the-princess quest through a paper-fied interpretation of the Mushroom Kingdom, with turn-based battles that adopt and refined the button-pressing action elements of its spiritual predecessor, Super Mario RPG.

Why should I care? This might be as close as this service ever gets to giving you Super Mario RPG, so even if you're incapable of acknowledging it as the better game, do at least try to be thankful that it's not, I dunno, Iggy's Reckin Balls, or somethin'.

Helpful tip: There's a certain block in the desert area that will reward you for hitting it 100 times, but beware: if you hit that block 38,654,757,664 times, it will stop working.

What's this? The second of Alfa System's Japanese fantasy-themed bullet hell shooting games, originally released in arcades in 2003 and subsequently ported to Sega Dreamcast, PlayStation 2, Xbox, Nintendo GameCube and PC; the most notable additions for this new PC port include a "New Entry" arrange mode designed for veteran players, a "Dramatic Change" mode that lets solo players swap between two characters on the fly, and a completely fresh localization to replace the infamously horrid localization previously seen in certain other international ports of the game.

Why should I care? Castle of Shikigami is a series that has always been overshadowed by bizarre localization choices and overall lack of practical availability, so not only does this release allow you to enjoy an expertly-designed game without any of its prior baggage but the newly-translated script and addition of the Dramatic Change mode will also let diehard players enjoy the somewhat surprising amount of of story and character-related content for which the series is known in Japan.

Helpful tip: This port's also coming to Switch sometime early next year, in case you'd rather wait to play it with the Flip Grip.

What's this? The most recent revision of the vertically-scrolling bullet-hell game produced by Japanese superplayer Clover-TAC, originally released independently for PC in 2011 and subsequently revised for arcades, Steam and most recently Nintendo Switch; this new PC version, based on last year's Switch release, adds a new arrange mode with a Gradius-style power-up system, as well as broad visual tweaks to aid visibility and other minor technical enhancements.

Why should I care? You may only know Crimzon Clover as the one danmaku game that shows up in every PC bundle but it's not only a thoroughly well-crafted game at the pinnacle of its genre but it's also directly responsible for the current golden era of international shooting game ports that we're living through presently, so you can probably stand to pay it forward.

Helpful tip: Along with the small launch discount, the publisher's also offering a second larger discount for those who own the previous version on Steam, meaning a lot of y'all will be able to grab the new version for half price for the next six months or so.

What's this? A two-pack containing enhanced ports of the first two entries in Tecmo's monster-raising series Monster Rancher, originally released for the Sony PlayStation in the late '90s, with the first being exclusive to North America and Japan; these ports essentially retain the original visuals but add various obvious and non-obvious enhancements like improved load times, fast-forward options, optional arranged music for the second game, increased storage slots and the full inclusion of previously region/country-exclusive monsters, as well as online battles. Perhaps most notably, the original games' distinct monster generation feature, which required players to insert music CDs into their PlayStation which would be used as seeds to generate or unlock monsters, has been replaced with an online database of popular commercial music releases that players can freely select from to generate new monsters.

Why should I care? I have not played enough of these games to know if they're genuinely interesting beyond their now-excised CD gimmick, so you tell me! (Or don't, I'd be happy to never see that eyeball monster ever again.)

Useless fact: The Switch version of this collection includes Switch games as part of the online database for whatever reason, and it seems Tecmo may have accidentally leaked, or at least re-confirmed, the existence of a new Detective Pikachu game via its inclusion in this database. Oops?

What's this? A remaster of the second season of Telltale's episodic Sam & Max series, originally released sequentially across late 2007 and early 2008; now in the hands of ex-Telltale members and original devs at Skunkape games, this remaster adds widescreen support, uncompressed audio, a new lighting engine, model touch-ups for the titular characters, vastly better lip-sync, support for higher resolutions, gamepad and/or touchscreen control options, additional music, alterations to the "decal" meta-progression system and the ability to skip the driving minigames.

Why should I care? I've not played any of these Sam & Max games beyond a very brief hands-on when they were new, so I can't speak to their specific appealing traits, but I do know that the response to the previous remaster of the first remaster was nothing if not effusive, and I can only presume this one will be similarly polished.

Helpful tip: The uncompressed source audio only corresponds to English voice acting, so if you were hoping for the original VA from other localizations, try not to be too disappointed.

The superlative remaster of the one true Mana game, released for Switch, PS4 and PC earlier this year, is now available for smartphones, and at first glance, the port seems... pretty good? It natively supports not one but two controllers, which is by no means a gives for Square mobile ports, and while the screen's limited to 16:9, it's an otherwise entirely servicable way to play a game you probably already recently replayed or vowed never to play again. 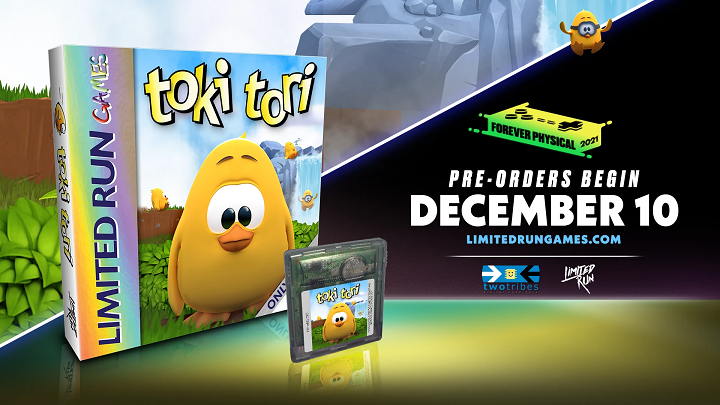 Developer Two Tribes remains more or less dormant, but they're still active enough to facilitate reissues of their back catalog in all manner of forms, up to and including a physical cartridge reissue of Toki Tori, the extremely late Game Boy Color adaptation of the indie MSX2 puzzle-platformer Eggbert that saw little attention in its day but was eventually vindicated by an extremely successful remake for mobile phones and, much later, a vastly different but critically-acclaimed sequel. Limited Run Games is opening orders from tomorrow: they're just offering the one version, but you can also grab a plush, CD soundtrack or hat if you'd like