As the year winds down with a quiet week of catch-up, I'd like to take this opportunity to thank everybody who reads this roundup every week, and to let you know that my 2022 resolution is to figure out why all of my comment replies seem to vanish into the ether the moment I hit submit. I'm not ignoring y'all, I assure you — I'm just terrible at everything I do. 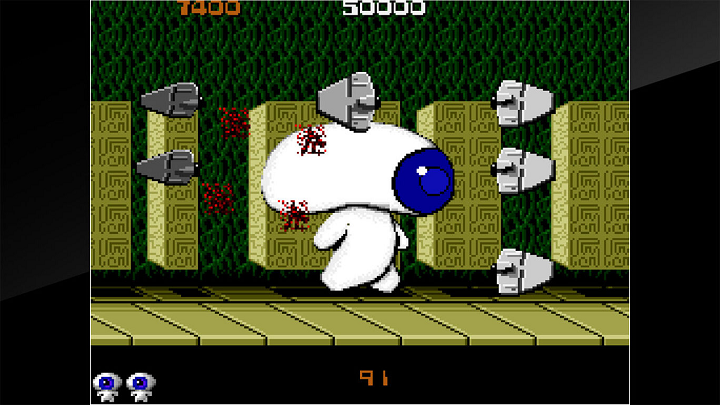 What's this? A side-scrolling run-and-gun action game starring whatever the hell a "Mutron-kun" is, originally developed and distributed in arcades by UPL in 1987; precisely why you're running and shooting your way through all these alien-esque environments has never quite been clear to me, but there's a cavalcade of bizarre nonsense to fight and some interesting power-ups to collect, including ones that split your dude into a bunch o' dudes and one that turns you into a giant ifor a few brief moments a la those New games with the plumber.

Why should I care? UPL, and specifically the games of the late Tsutomu Fuzisawa, tended to commit a surprising level of craftsmanship to games that possibly didn't deserve it, and I'm tempted to slot Mutant Night into that category, but if you're looking to meet Atomic Robo-Kid's weird older cousin, today's your day. (If you do enjoy it, know that it offers a lot to play: despite the impression one might get from the first staff roll, the game's not truly done until you've cleared all three loops, which total to something like a hundred stages.)

Useless fact: Mutant Night is coming to Switch almost five years after its reissue on PS4; there remains a very small handful of Arcade Archives titles that are available on PS4 and not Switch, but the more notable games like Darius and Wonder Boy seem to be absent due to licensing hurdles and probably won't ever make the jump.

Why should I care? Deathsmiles is far and away the most widely played game in Cave's catalog, so odds are it's the only one many people even recognize, let alone enjoy (and I'd wager that just as many people have no idea that there was ever a sequel), and while it's not without some small discrepancies, it seems like the ports themselves acquit themselves respectably. As for the extra DLC, it represents the first introduction of Gothic wa Mahou Otome to an international audience, which is significant given that the game has singlehandedly kept Cave afloat for the better part of the last decade, but without any of that context, you're just getting a bunch of fun and slightly overpowered characters that you probably wouldn't realize were from another game if they weren't telling you so.

Helpful tip: As of now, it seems like the Switch versions of these ports are more accurate and better-optimized than the PS4 versions, perhaps as a consequence of the developer realizing the weaker hardware would struggle with the games and thus over-focusing on that particular build, to the exclusion of others. 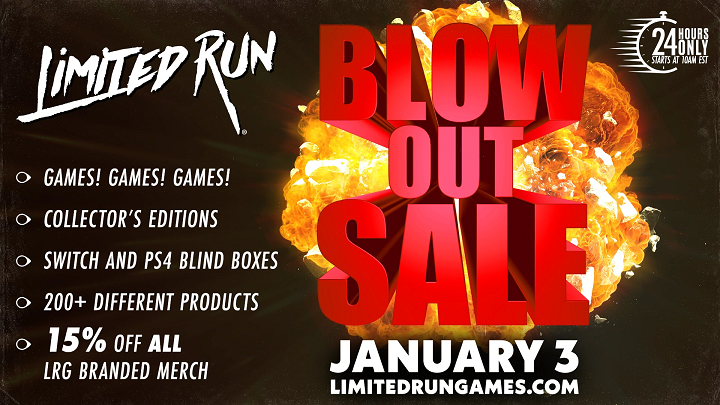 LRG's going to be blowing through all their unsold stock with a first-come, first-served sale beginning on January 3 at 10:00 Eastern time — they'll have over 200 games on offer, the majority of which are very Retronauts-relevant, and unlike similar sales from years prior, they've listed the precise contents of the sale beforehand, which you can peruse at the above link. That there Samurai Jack game's an uncut gem, if you want just one recommendation.