This week's rather modest selection of re-releases is buoyed by quite a few intriguing retro games, including a PlayStation-style demake of From Software's PS4 horror-action title Bloodborne, pre-orders for Limited Run Games' physical version of the Platinum Games-developed Moon Cresta/Terra Cresta sequel Sol Cresta and, for the crate-diggers out there, the first modern console release of Yeah Yeah Beebiss II, a fictional NES sequel to the mysterious Yeah Yeah Beebiss I, an unreleased and possibly nonexistent NES game known only by a listing on a magazine mail-order form. 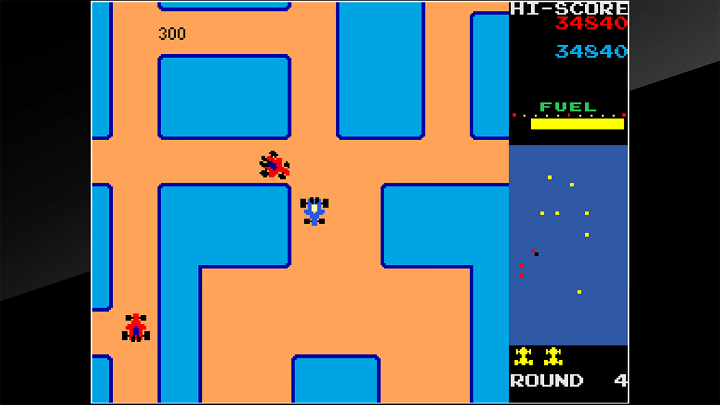 What's this? A revision of Namco's overhead racing-themed dot-eater maze game, released in arcades by Namco and Midway in early 1981, just a few months after the released of the original version, and reissued via several Namco Museum collections from the '90s onward; New Rally-X sports much cheerier visuals and BGM and a severely reduced difficulty, as well as more forgiving maze layouts and additional scoring systems.

Why should I care? If you have any memories whatsoever of playing Rally-X, this is probably the version you played, and while the changes made aren't especially transformative, they do turn the game into something the vast majority of people will be able to play for more than thirty seconds.

What's this? The first entry in a series of detective mystery adventure games centered around long-suffering editor Izumi Kido and her rambunctious client, novelist Kyougetsu Masamune, originally developed and released for Japanese feature phones by G-MODE in the early-'00s; while on location, Masamune chooses to investigate a fatal accident that he believes to actually be a murder case.

Why should I care? You have the time and the hunger for a second untranslated mystery adventure series to play alongside the dozen-and-counting series already running on G-MODE Archives, I guess? Tantei Kibukawa Ryousuke Jiken-dan is a series I'd at least heard good things about, but this one? I got nothin'.

Useless fact: There are four more mobile games in this series, plus a DS compilation/remake with some additional exclusive cases, and then a second mobile series with a new protagonist that spans another ten games... so yeah, plenty more in the pipeline, one might presume.

What's this? An emulated collection containing various versions of Imagitec Design's caveman-themed Lemmings-like, The Humans, which was originally produced for the Commodore Amiga in 1992 and subsequently ported to PC via DOS, Game Boy, Super Nintendo, Sega Mega Drive and several Atari platforms including the Jaguar. This version contains, at the very least, emulated versions of the Game Boy and SNES versions, with multiple save states, button remapping and some modest screen/filter options.

Why should I care? You've enjoyed a Lemmings or two and don't mind sacrificing some of the design ingenuity for, like, graphics. It's also nice that QUbyte's maintaining the trend of throwing multiple ports into one package, humble as some of them may be.

Helpful tip: I say "at the very least" two versions are included because all the PR for this release advertises three included versions of the game, but as far as I'm aware, it only launched with two.

What's this? An enhanced remake of a tongue-in-cheek, ninja-themed brick-breaker/action hybrid game, originally created by doujin developer bunaguchi and released as freeware on PC in 2012; this version adds more stages, more new power-ups and systems, more modes and, most notably, big ol' kaiju.

Why should I care? Shadow Break has been constructed with a lot more care than its intentionally silly aesthetic might sugges — this isn't just a flimsy genre mash-up but a genuine attempt to address the shortcomings of comparable games, and for the many brick-breaker and breakout-adjacent games available on Switch, you might struggle to find a more enjoyable or even competent alternative.

Useless fact: While this is bunaguchi's first console game, he's released a ton of free PC games over the last decade or so — the cult Castlevania homage Soul of Dracula might be the most well-known, but his homage to a certain oft-referenced trap-based maze game, Heiankyo Crisis, might be most relevant to regular Retronauts consumers. 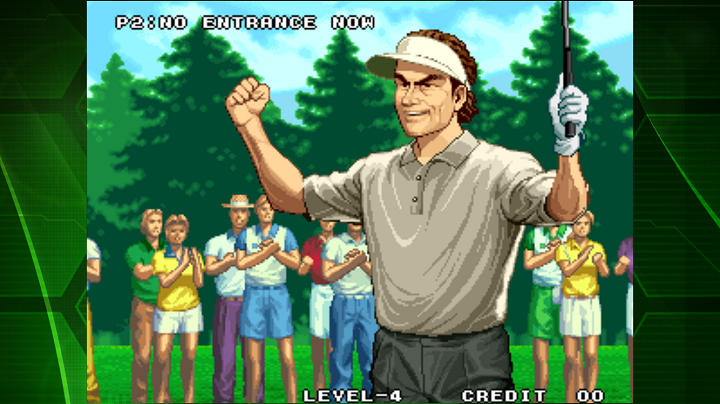 I've neglected to mention many of these releases from week to week because, frankly, I quickly forgot they were even being released — as competent as these reissues might be, I truly struggle to believe anybody reading this will be content to play the vast majority of Neo Geo games with touch controls, or that they don't already own them on some other, more sensible platform. That said, Nazca's classic arcade golf game Neo Turf Masters (forever consigned to its legally-sound Japanese title, Big Tournament Golf) is one of a few games for which touch controls could be perfectly adequate, and if this particular release allows a new audience to become acquainted with the Neo Geo's second-best sports game, it'll all be worth it.