Some of you might be wondering why this week's roundup offers no mention of the early regional rollouts of the new PlayStation subscription service, so allow me to explain: one, it's currently only available in regions that I don't think are relevant to our readership; two, I'm unable to verify the precise contents for myself; and three, the early accounts suggest that the legacy games distributed on this service are being handled in a staggeringly awful fashion, so my hope is that by just ignoring them until they show up globally, we can save ourselves some heartache, at least temporarily. 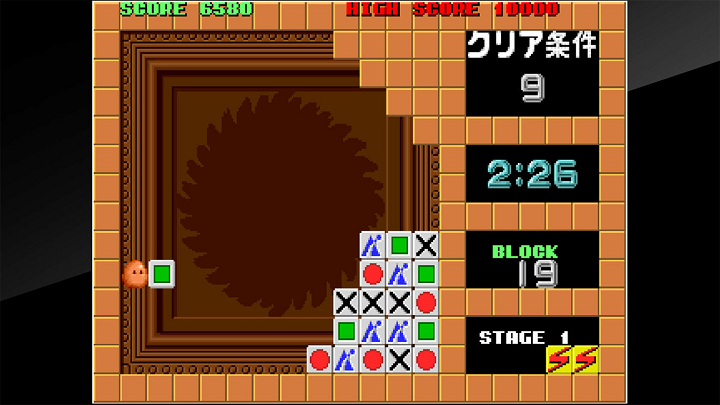 What's this? An "exciting cube game", originally developed and distributed in arcades by Taito in 1989 (often with the alternate title Plotting) and ported to a variety of platforms in 1990, including the Famicom, Game Boy and most of the European microcomputers of the day. Each stage presents the player with a stack of patterned cubes, a certain number of which need to be eliminated within the time limit for the player to progress; the player can eliminate cubes from the stack by hitting them with their own cube of the same type, which will then be replaced with the next different cube it touches, so the puzzle element comes from not only eliminating enough cubes but from hitting the right cubes from the right angle to ensure the player will always have a useable replacement cube for the next turn.

Why should I care? If you're a European of a certain age then I probably don't have to sell you on this game — it was a micro staple, and critically-lauded to boot. For the rest of y'all, Flipull offers a fine example of the sort of logic puzzle gameplay that's been largely absent from Arcade Archives until now, and one that doesn't feel hamstrung by unnecessary action elements or other concessions to the arcade format that bring down so many other games of this type.

What's this? The second entry in a series of detective mystery adventure games centered around long-suffering editor Izumi Kido and her rambunctious client, novelist Kyougetsu Masamune, originally developed and released for Japanese feature phones by G-MODE in the early-'00s; on a trip to Tempozan, Osaka, Kyougetsu is sidetracked by a suspicious death that purportedly saw a man take his own life by overdosing on sleeping pills and exposing himself to the freezing cold of winter.

Why should I care? Once I finish the first one, I'll let you know... or not, it's taking me a while to sift through the already-stacked pile of G-MODE detective games.

Useless fact: The creator of the Izumi Jiken File series, Kenichiro Ohmi, has a storied pedigree, working on and creating such games/series as Grandia, Fantasy Life Online, Octopath Traveler and a string of successful typing games including Hokuto no Ken Gekiuchi MAX.

What's this? SNK and Yumekobo's foray into the collect-and-raise RPG genre, originally released in 1999 and followed up with a Japan-only sequel; set in a fantastical sci-fi world of fighting "Unitron" robots, players are tasked with both exploring a succession of elementally-aligned, monster-riddled pseudorandom dungeons for parts and materials for their Unitron, as well as competing in tournaments against other Unitron for rank and status. (This reissue does not support the original game's trading functionality but as far as I recall, there are no parts or items in the game that one can only acquire via trades, so you shouldn't be missing anything.)

Why should I care? Grindy as it may be, the dungeon-to-tournament loop of upgrading and customizing your Unitron is fun while it lasts, and divining every last possible upgrade will potentially keep completionists quite busy.

Helpful tip: Talk to everyone in the hub town as thoroughly as possible — even the most unassuming of NPCs has a lot of dialog, including new conversations after dungeons, tournaments, etc and many will give you very significant items or experience boosts for no effort.

What're these? Nintendo and HAL Laboratory's black-box pinball game, the first entry in a three-part series of Jaleco Final Fight-esque brawlers and a Joe & Mac interquel starring neither Joe nor Mac. (On the Japanese side, Congo's Caper was swapped out for the cult Super Famicom "rubbering action" physics platformer Umihara Kawase.)

Why should I care? Your hunger for caveman action games has somenow not been satiated by the several other caveman platformers on NSO, or you're like me and you didn't realise that all three of these games weren't already on the service. As for Umihara Kawase, it's exactly the sort of game that ought to be on this service — a unique and woefully-underplayed game doomed to obscurity in its day, and one whose circumstances have kept it from finding the wider popularity it deserves, even today — and I suspect it will come overseas in due time, but in the event that it doesn't, it's a game that's definitely worth jumping apps for.

Helpful tip: Because the titles don't necessarily make it obvious, the chronoligical order of Jaleco's brawler trilogy: Rival Turf, Brawl Brothers, The Peace Keepers. Why they released them to NSO in the #2, #3, #1 order, I coudn't begin to guess.

What's this? A Pac-Man compilation and followup to 2014's Pac-Man Museum for X360/PS3/PC, featuring 14 games spanning 1980 to 2016 and augmented with a a virtual arcade hub that can be customized and upgraded using in-game currency earned by playing missions for specific games.

Why should I care? Pac-Man Museum+ is yet another reminder of Namco's success in adapting Pac-Man across successive generations, not just brand-wise but in terms of offering genuinely interesting and thoughtful takes on the original game and character in tandem with new technologies, and Nintendo devotees in particular are going to find a ton of varied and interesting games to dig into, both solo and with friends.

Useless fact: If Pac-in-Time strikes anybody as an odd dalliance into europlatformerdom, it might interest you to know that the game was essentially a rework of a French Amiga game called Fury of the Furries (and the other versions of Pac-in-Time for PC and other platforms are a straight reskin).

OK BUT WHY THOUGH 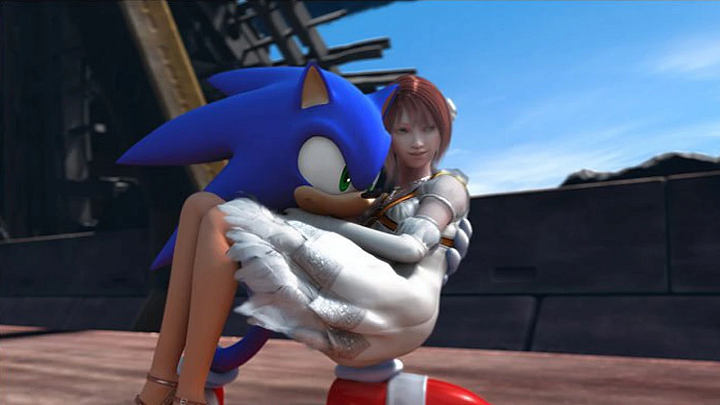 Critically-panned, forever-disrespected and long-delisted as part of broader measures to solidify the integrity of the brand, Sonic 2006 was presumed to be sealed in the vault forever, at least without some sort of remaster or technical overhaul... and yet here we are, with Sonic 2006 available for digital purchase on X360 once more, with no enhancements or touch-ups whatsoever. It's not even playable on newer Xbox systems, so the mere fact that it was re-upped at all remains something of a mystery.

The likelihood of Breath of Fire — a once-lauded Capcom RPG series consigned to irrelevancy due to stiff competition and a divisive, hail-mary final entry that ultimately failed to garner new interest — ever returning outside of fake social game sequels seems extraordinarily low at this point, but rest assured that the music is being kept alive via this two-LP vinyl soundtrack from Ship to Shore, which features notes from Retronauts' own Nadia Oxford  As always, the vinyl color variants are split between regions/vendors: STS is offering red/blue, the EU vendor is offering a marbled variant and the Canadian and UK vendors are offering clear vinyl.